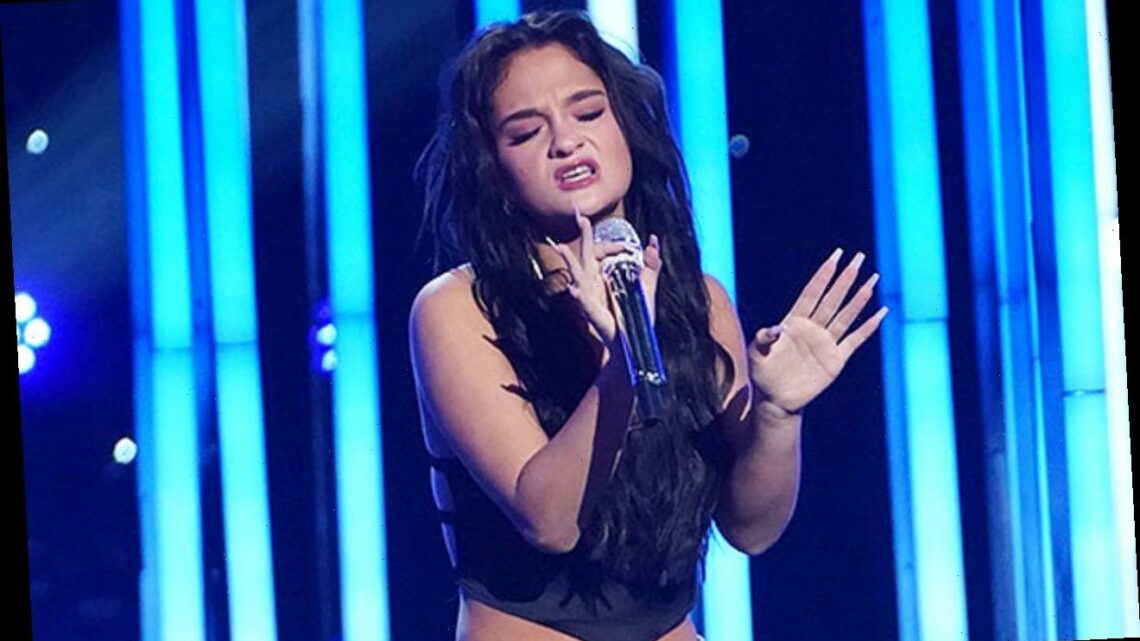 ‘American Idol’: Claudia Conway Goes to the Next Round, Mom Kellyane Looks Proud

A new episode of the singing competition show sees singers choosing one of six genres to perform a song from before going head-to-head with other contestants from the same genre in front of the judges.

AceShowbiz -“American Idol” aired its Hollywood Week on Sunday, March 21. The episode saw singers choosing one of six genres to perform a song from before going head-to-head with other contestants from the same genre in front of the judges, Katy Perry, Lionel Richie and Luke Bryan.

“My audition wasn’t my best,” Claudia Conway, the daughter of former president counselor Kellyanne Conway, admitted before the performance. “I was really, really nervous. I had these doubts in my head telling me, you’re not ready, you’re not good enough. In my life, I’m so focused on all the noise and people hating on me and my family online and on social media.”

Claudia then recalled what Katy told her during the audition. “Katy Perry told me, ‘You have to calm the storm that is around you.’ She believed in me. I could not be more grateful for that. Now, I’m just drowning out the noise and telling myself I can do it,” she shared.

She opted to sing a song from the pop genre. Before she hit the stage, host Ryan Seacrest asked Claudia about the importance of joining the show and how it helped her find out who she wants to be. “It’s the most important thing in the world for me,” she shared. “I’ve been trying to establish my own identity for a while. Most people don’t know I’m a singer and it’s very, very important to me.”

Claudia, who traded her blonde hair for dark brown, took the stage to sing “River” by Bishop Briggs. The judges loved her rendition of the song and decided to send her to the next round of Hollywood Week. Her mom looked proud of her as she gave Claudia a standing ovation from her seat.

During her audition in season 14 premiere, the 16-year-old opted to sing Rihanna‘s “Love on the Brain” for her audition. However, it fell flat as the judges wanted her to sing another song. She then decided to redeem herself by singing Adele‘s “When We Were Young”.

While Katy and fellow judge Lionel said yes to Claudia, her performance wasn’t convincing enough for Luke. The country singer thought the song only confirmed Claudia’s “limited” range. Despite that, she was voted throught the next round.

Another Lee to the fore for Malaysia