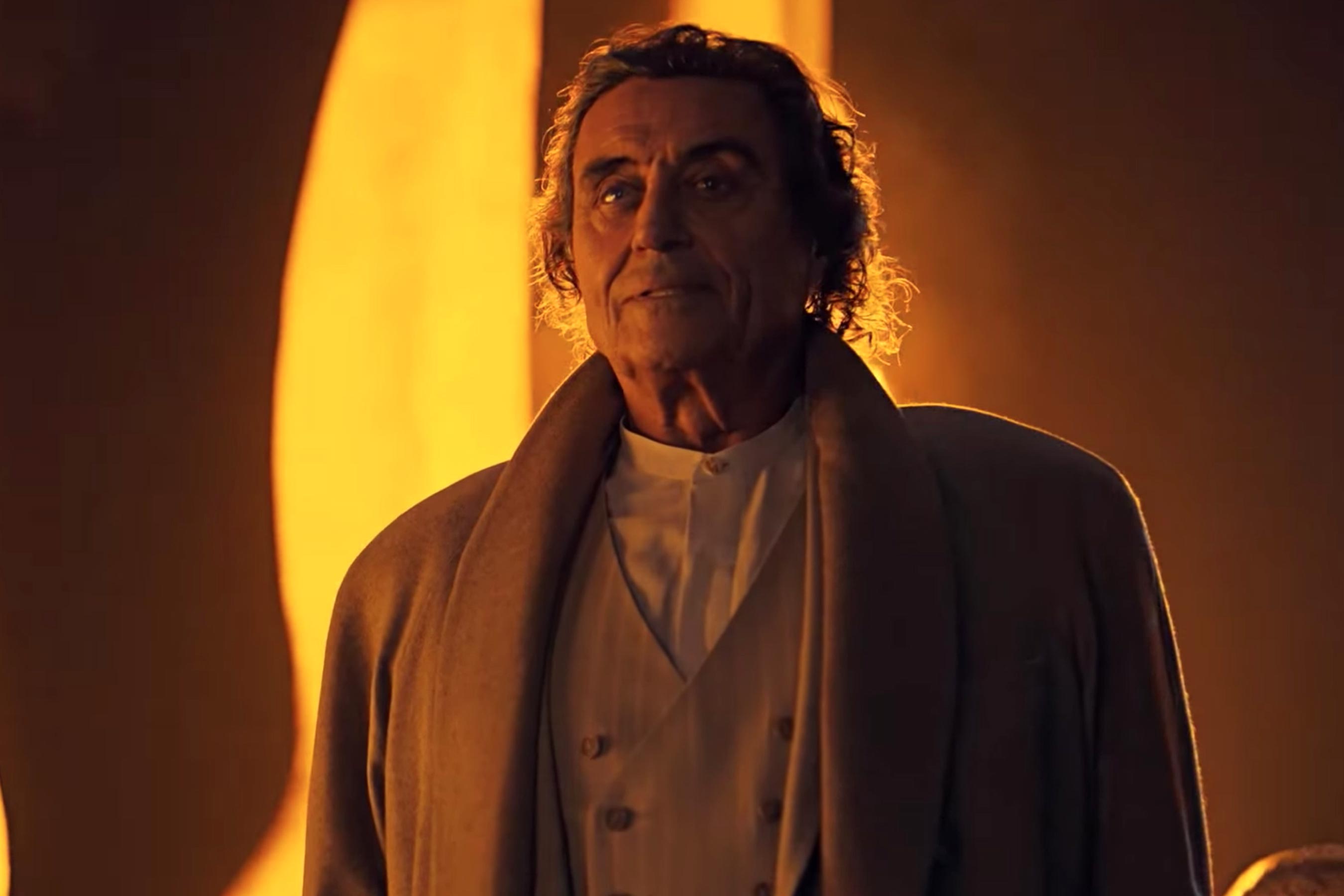 The supernatural series starring Ricky Whittle (The 100) as Shadow Moon and Ian McShane (Deadwood) will return on Sunday, March 10 — plus Starz has released a season 2 poster (below).

The new season will consist of eight episodes, just like the first.

American Gods has had a spectacularly rocky history. The show based on Neil Gaiman’s best-selling novel about a war brewing between Old Gods and New Gods was greenlit to series in 2015 under writer-producers Bryan Fuller and Michael Green. The series was originally expected to air in late 2016 but didn’t make it on the air until April 2017, and reportedly came in over budget.

Critics praised the show, and a second season was ordered a couple months later, but by November, Starz confirmed Fuller and Green were departing the show. In January 2017, Starz CEO Chris Albrecht admitted to reporters, “We’re having some trouble getting the second season underway … It has faced many of the challenges that terrific, complex, premium shows face when trying to get successive seasons, especially when art comes before commerce.”

A month after Albrecht’s comments, Jesse Alexander (Hannibal) was announced as co-showrunner for the second season along with Gaiman. Fast forward another seven months, and Alexander was removed from the show, and the episode order was trimmed from 10 hours to eight to help reduce the show’s budget.

But now, finally, the new episodes are really happening and have a firm date. Here’s the new poster:

'Intelligent and Thoughtful' Ind. Girl, 4, Is Shot to Death Accidentally by 3-Year-Old Brother