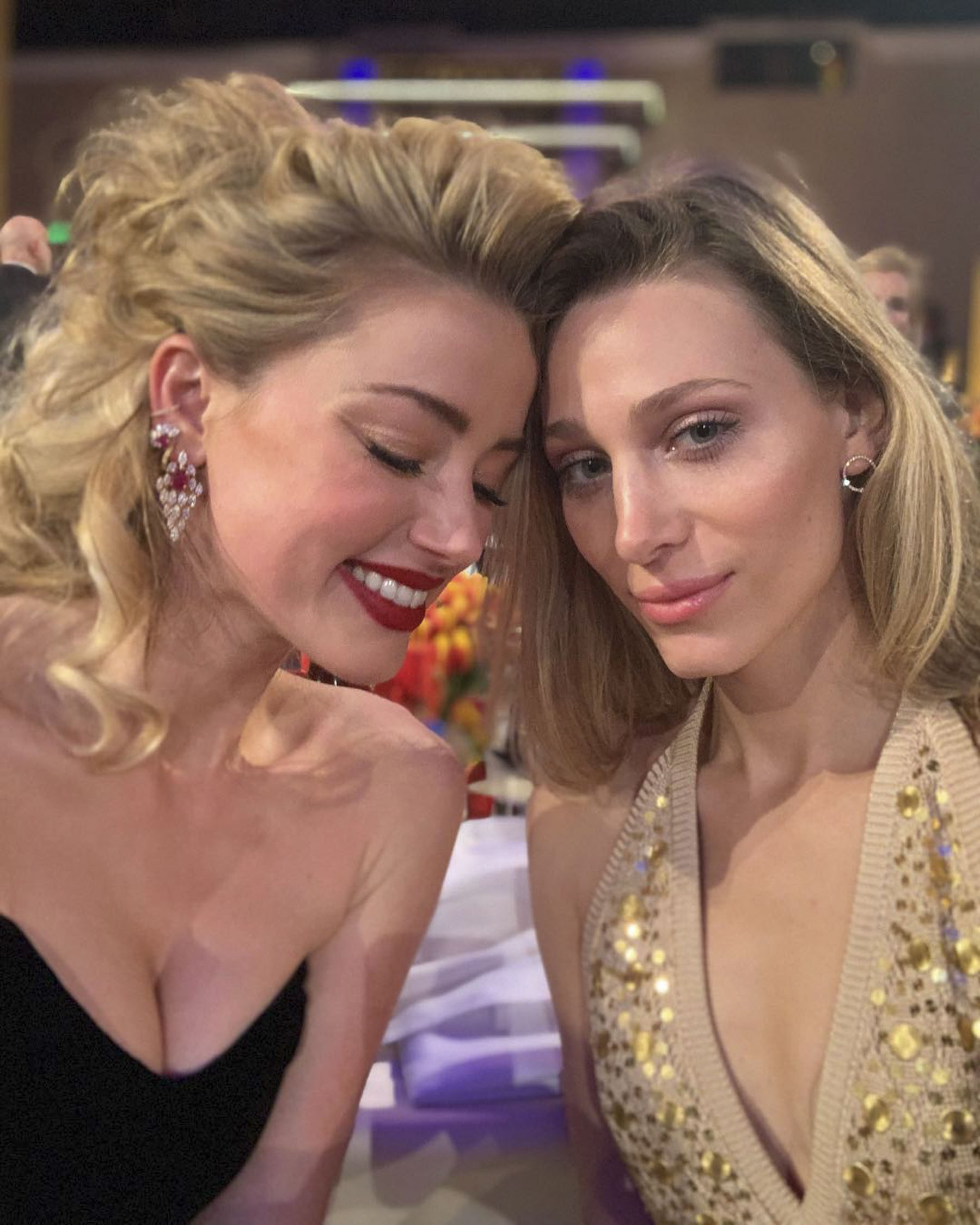 Corey Rae has taken the internet by storm ever since she tagged along as Amber Heard‘s date to the 2019 Golden Globes.

An activist and writer, 25-year-old Rae went along as Heard’s date after the two chatted about Heard’s tendencies to make fashion statements at major red carpets for an article Rae was writing. Rae documented their night and their close bond, leading some to speculate whether the two were an item.

And although a source tells PEOPLE the pair are just friends, Rae is playfully coy about their bond.

“All I have to say is that we have a very special relationship and we’re close friends,” Rae teases. “Everyone can piece that together for what they will. But you know, it’s all fun, it’s all interesting.”

“She’s just so beautiful, and everything about her is so charming,” she says of Heard. “She has such a wonderful energy. For me, watching someone like her made me more comfortable [at the show]. We were very comfortable and it made me feel very at ease and confident being with her. I felt right at home.”

Rae’s life since the Golden Globes hasn’t been as normal, with her phone constantly blowing up and people discovering her story. But although she’s an outspoken trans activist now, her life hasn’t always been as open.

Rae says she transitioned in early high school, which allowed her to live “stealth” once she moved away to college — and friends didn’t know about her journey. In fact, Rae never thought about her status as a member of the LGBTQ community until Caitlyn Jenner came out in 2015 and the people in her life started talking about trans rights.

But it wasn’t until the tragic shooting at gay club Pulse in Orlando in 2016 that Rae felt compelled to open up about her life. Seeing 49 people lose their lives made Rae realize how much her own double life was weighing on her, and she decided to come out to everyone in her circle.

The writer set up her blog where she posted an entry simply titled “Allow Me to Reintroduce Myself” to explain how deeply the Pulse shooting had affected her. All at once her close friends, and even exes, learned about her journey.

The post quickly gained recognition and went viral, leading to media interviews. But Rae wasn’t fully ready to speak so publicly about her life yet.

“Overnight, I became an activist and a writer for a community I really hadn’t yet identified with,” Rae recalls. “I hadn’t given myself the time to say I’m transgender because for me, I hadn’t really thought about that fact. I was so far removed from it and it wasn’t a part of my life. My family and I, we don’t really constantly remember that I’m trans because I’m just a person, I’m just Corey.”

Since then, Rae has settled into her role as an activist and writer and keeps up her website where she shares her personal experiences and features other members of the LGBTQ community.

And while she says some parts of her life have gone through ups and downs since coming out —especially her dating life — Rae is proud to represent a different image of a transgender woman than what is often portrayed.

“I think what’s really especial about me and the people who hear my story is that they’re getting a really great success story, and it’s something we don’t hear enough,” Rae says. “Our idea of transgender women is so misconstrued and stigmatized. For me, it’s incredibly humbling to break those boundaries and break the stereotypes around what it means to be a transgender woman in today’s times.”