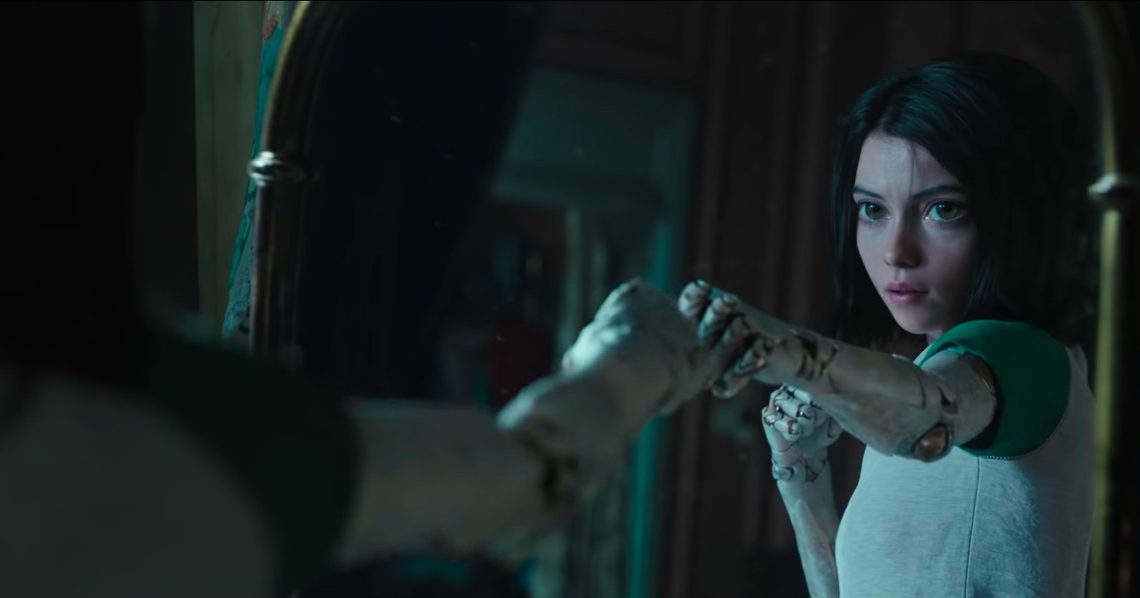 20th Century Fox has released a new Alita: Battle Angel clip and music video ahead of the sci-fi film’s February release. The first clip dives deeper into the titular cyborg’s (played by Rosa Salazar and her eyes) mysterious past and features a sparring scene that is later reflected in the music video for the Dua Lipa Alita: Battle Angel theme, “Swan Song.”

“The woman in my memory called me 99.” Alita ponders on the flash of her previous life, which her savior and protector Dr. Dyson Ido (Christoph Waltz) promises she’ll remember in time. But it does her no good until she begins to spar in her room, proving to be an agile fighter who can punch a mirror without breaking the glass.

It’s a cool scene we’ve seen before in various trailers, and one that the marketing for the film seems to be marketing around, especially with its likeness appearing in the music video for Dua Lipa’s Alita single, “Swan Song.”

The “New Rules” singer dedicates herself to the Alita tie-in with a music video that takes place in an Iron City-esque scrapyard, where she and her back-up dancers sift through junk metal and scraps before breaking into dance. But after her dancers get captured, Dua Lipa performs the same mirror spar that Alita did in the above clip, and even sees herself in Alita. It’s a wacky music video that will definitely age well in the next few years (it won’t).

Set several centuries in the future, the abandoned Alita is found in the scrapyard of Iron City by Ido, a compassionate cyber-doctor who takes the unconscious cyborg Alita to his clinic. When Alita awakens, she has no memory of who she is, nor does she have any recognition of the world she finds herself in. As Alita learns to navigate her new life and the treacherous streets of Iron City, Ido tries to shield her from her mysterious past.