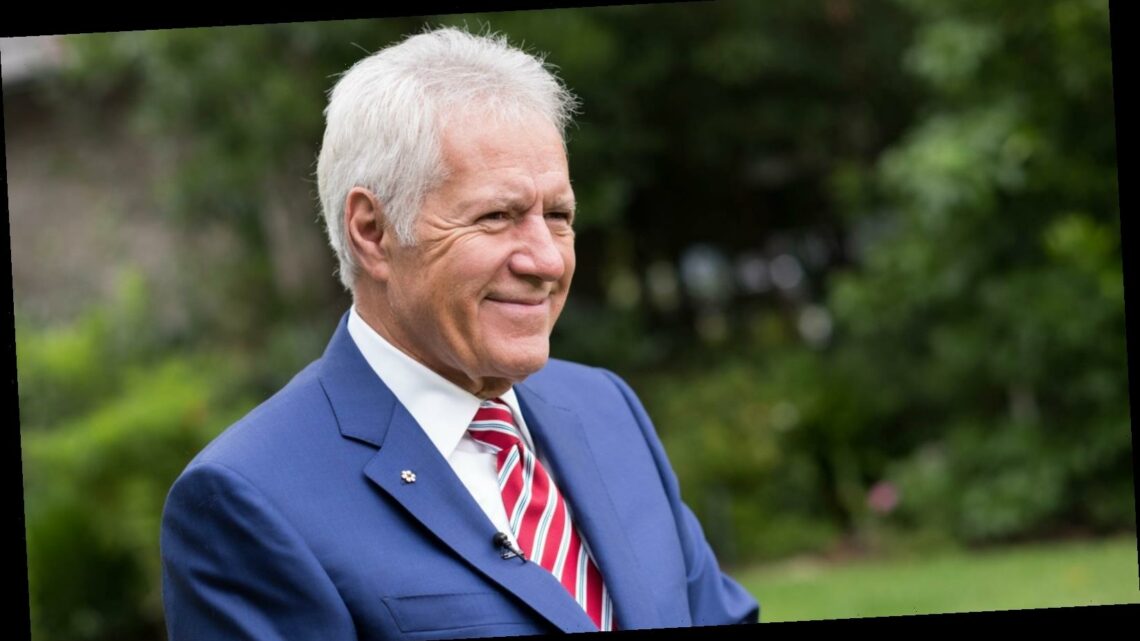 Alex Trebek gave heartwarming quotes before he passed away

Jeopardy! host Alex Trebek was known for his sense of humor — he could make even the most straightforward trivia categories exciting. His quips and zingers made the game show a joy to watch, and fans have been sharing their favorite Trebek moments on Twitter. But in addition to his savage jokes during Jeopardy!‘s 37 seasons, Trebek also shared many heartfelt quotes in various interviews over the years.

Even when Trebek announced his diagnosis with stage 4 cancer, he emphasized that he was far from the only person to suffer from the disease. “Just like 50,000 other people in the United States each year, this week I was diagnosed with stage 4 pancreatic cancer,” Trebek said in a video shared on the Jeopardy! YouTube and Twitter accounts in March 2019. “Now, normally, the prognosis for this is not very encouraging, but I’m going to fight this, and I’m going to keep working, and with the love and support of my family and friends, and with the help of your prayers also, I plan to beat the low survival rate statistics for this disease.”

Sadly, Trebek passed away on Nov. 8, 2020, but his legacy will live on. In honor of the late game show host, we’re taking a look back at some of Trebek’s best words of wisdom.

In an October 2019 interview with Canada’s CTV News, Alex Trebek said he was “not afraid of dying” after announcing his stage 4 pancreatic cancer diagnosis earlier that year. “I’m not afraid of dying,” Trebek told the Canadian outlet. “I’ve lived a good life, a full life, and I’m nearing the end of that life… if it happens, why should I be afraid [of] that?… One thing they’re not going to say at my funeral, as a part of a eulogy, is ‘He was taken from us too soon.'”

Of course, many fans and loved ones would indeed say that Trebek was taken too soon. He was under contract with Jeopardy! until 2022, and he’ll be dearly missed by his wife and children. But it sounds like Trebek wasn’t afraid of death. Even through the depression he faced while battling cancer, Trebek remembered to see the positive, too.

Alex Trebek downplayed his 'Jeopardy!' achievements by saying he was 'happy to have a job'

Despite winning six Daytime Emmy Awards and a Lifetime Achievement Award for his time hosting Jeopardy!, Alex Trebek has always been modest about his accomplishments as the game show’s host. In a May 2014 interview with The Hollywood Reporter, Trebek said he was just “happy to have a job” — paying no mind to the fact that he was one of the most recognizable celebrities on the planet.

THR talked to Trebek after he set a Guinness World Record for the most game show episodes hosted by the same presenter. And while Trebek was honored, he had a great attitude about the whole thing. “I’m not standing here saying, ‘Boy, if I could just last another year I could set a record and be in the Guinness Record Book.’ It doesn’t operate that way,” Trebek said to THR in 2014. “I’m just enjoying what I’m doing, I’m happy to have a job. I like the show, I like the contestants and it pays well.”

Everyone wants a job they enjoy, but most of us don’t get to win a Guinness World Record for doing it. But Trebek took the recognition in stride, cementing himself once again as one of America’s most beloved stars.

If someone who’d been diagnosed with stage 4 cancer called themselves “unlucky,” it would be hard to blame them. But the late Jeopardy! host Alex Trebek did the opposite, focusing on the positive after an outpouring of fan support when he revealed his pancreatic cancer diagnosis.

“I’ve heard from former contestants — even Watson, the IBM computer, sent me a get-well card,” Trebek said in a video posted to the Jeopardy! Twitter account in March 2019. “Now, obviously, I won’t be able to respond to all of you individually, but I did want you to know that I do read everything I receive. And I am thankful for the kind words, the prayers, and the advice you have offered, and I’m extremely touched by the warmth you have expressed in your comments to me. I’m a lucky guy.”

The video came shortly after Trebek announced his diagnosis. It would have been understandable for anyone to complain or to remove themselves from the public eye after being diagnosed with stage 4 cancer, but Trebek still went out of his way to show his gratitude for the show’s fans.

If anyone is lucky, it’s the countless viewers who got to watch Trebek host Jeopardy! through thousands upon thousands of episodes. We can all learn from Trebek’s outlook on life, as well as from the many trivia gems we’ve learned thanks to the show.

Chinese Horoscope: What is an Earth Rat and what year is it?