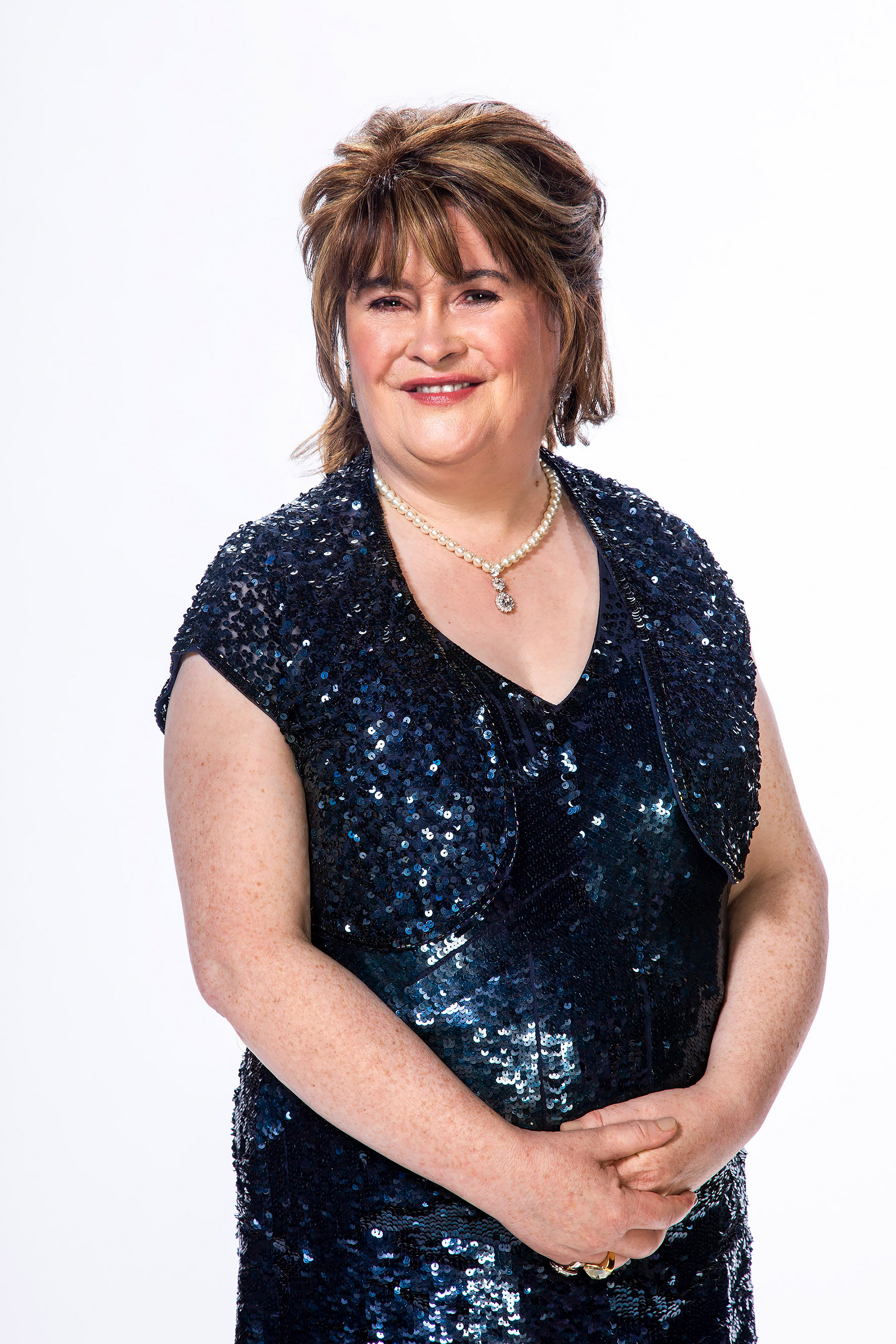 Before she became an international singing sensation, Susan Boyle was a onetime unemployed, self-proclaimed “cat lady” living alone with her beloved Pebbles.

Her life changed overnight after her unforgettable season 3 Britain’s Got Talent audition in 2009. “The biggest change was really the instant fame, from being a wee unknown lady with a cat in Scotland to being recognized wherever I went,” she tells PEOPLE about her rise to fame. “It took some getting used to.”

She adds: “I really didn’t comprehend just how far the audition clip had gone! I’m not computer savvy … so Twitter and YouTube and everything that happened when Ashton Kutcher tweeted really took my breath away. Back in 2009 I said all my life I had been an outsider looking in and now I get to be a part of it, and that stands true today.”

“I liked the Spice Girls, they were fantastic. Girl power!” Boyle says of Scary Spice.

And she remains one of the most well-recognized and established acts in Champions.

“I’ve been proposed to in Japan, met inspirational people along the way and gone on a date with a doctor I met in Florida,” she says of some of her favorite fan encounters thus far.

But Boyle is determined to be crowned a season winner after she came in second on BGT.

“It would be a comeback of sorts and show people there is still life in this old girl!” she says, laughing. “Also, who doesn’t love a competition? I’ve got a competitive spirit, it drives me, and I thought, well, I didn’t win last time so let’s give it a shot.”

No one was happier to see her competing again than Simon Cowell, with whom she signed a multi-album deal for his Syco record label. Since BGT, Cowell has helped mentor Boyle in her music career.

“Simon is the biggest inspiration in my career. He’s been my boss for almost 10 years, and I strive to make him proud. He inspires me to continue and strive for perfection,” she says, adding that he’s the “best boss in the world.”

To this day, she says she’s happiest performing on stage in front of a live audience.

“I’m in my own little bubble on the stage, conveying a story and it really is my happy place,” she says. “I get great enjoyment making the audience happy. My career has never been about earning money or really even chart positions, I just love to be on stage and singing.”

Offstage, Boyle tries not to let fame and stardom get to her head.

“I just like to be regular Susan Boyle when I’m back at home. I don’t ever want to get too big for my boots!” she says of her “low-key” life in Scotland.

“I don’t ever want to become a diva and I think having a good group of people around you ensures you don’t. I still live in the same house I grew up in, I don’t need a huge mansion for just myself and I still like to take the bus or walk to the supermarket and choose what I’m having for my dinner,” she explains.

“I think it’s all about not believing the hype. I’m still me, the wee woman who stepped on the BGT audition stage almost 10 years ago and I’ve been lucky enough to travel the world and perform in wonderful places but then I get to go home and just be me again, I get the best of both worlds!” she says.

This will surely be a monumental year for Boyle, who’s also hoping to make a positive change in her personal life.

“I always start off the new year with a resolution to exercise more and eat less sugary foods and like the majority of people, it fails before the beginning of February!” she shares. “My goals for 2019, this year will be a good one, I’m back, feeling more comfortable in my own skin and more ready than ever.”

Music-wise, Boyle is focused on winning Champions “I want this comeback year to be the best and show everyone I’m still going. It’s so wonderful coming back to America to do AGT: The Champions and the people are so warm and friendly.”

In addition, Boyle is working on releasing a “fabulous new album for people to enjoy,” teasing that the record will “celebrate my 10-year anniversary since appearing on BGT.”

AGT: The Champions airs Mondays at 8 p.m. ET on NBC.