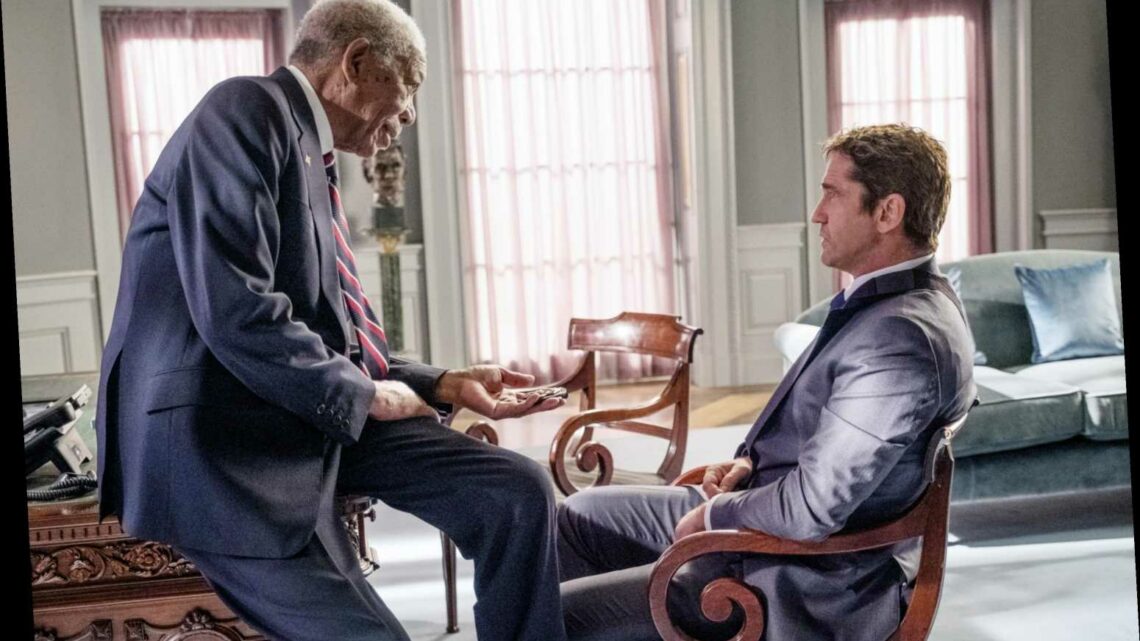 With 562 exhibitors from 48 countries, organizers say that online presence was more than could have attended AFM in Santa Monica. In a repeat of their effort at Cannes, sales agencies organized a parallel market, this time with coalition of 30 independent film sales agents, production companies, and financiers.

“There is so much activity because it has been a very changed marketplace over the last six months,” Deb McIntosh, SVP, Advisory, Film Group, Endeavor Content, told IndieWire. “People have adapted to PVOD pricing, shortened windows, and are taking advantage of the open theater space.”

While many buyers found ways to make the current environment work for them, the harsh realities of the pandemic continue to make buyers cautious — even for projects months or years away from being released.

Kimberly Fox, partner at MadRiver Pictures and head of Annapurna International, said during an AFM panel titled “What’s Working in the Pre-Sales Marketplace?” that the current environment is binary.

“It’s either big, theatrical stuff — potentially theatrical stuff, assuming we get back to normal at some point — or it’s real small distributors just trying to do a quick arbitrage to keep cashflow going,” she said. “I don’t see that in-between, for pre-sales.”

Fox was at AFM with an adaptation of the Vietnam War short-story collection “The Things They Carried.” The package has an ensemble that includes Tom Hardy, Tye Sheridan, Stephan James, Bill Skarsgard, and Pete Davidson.

With a sub-$20 million budget and promise of action, the Rupert Sanders-directed film checks a lot of boxes, but perhaps most important is its star-studded cast.

“Any cast that isn’t major A-list talent isn’t something that’s very appealing to the streamers, so pricing is hardly there,” said Jeffrey Greenstein, president of Millennium Media, during the panel. “People don’t really have an appetite for things that don’t jump out as a quote-unquote ‘must -have.’”

Star-driven fare on offer at the agencies’ market included “Molly and the Moon,” the Kristen Bell and Jonathan Groff-starring musical from “How I Met Your Mother” creators Carter Bays and Craig Thomas; and “Revolver,” starring father-daughter team Maya and Ethan Hawke and directed by Pixar veteran Andrew Stanton. UTA and CAA are handling domestic sales on “Molly,” with FilmNation handling international. UTA and CAA are handling domestic for “Revolver,” with Endeavor handling international.

Deep-pocketed streamers set the sales bar during the pandemic, from taking finished films off Paramount’s hands earlier this year to snapping up the hottest fall-festival titles. AsHBO Max and Peacock are expected to ramp up their acquisitions, streamers represent an even bigger share of buyers.

Greenstein was at AFM with “Night Has Fallen,” a package that will mark Gerard Butler’s fourth appearance as Secret Service agent Mike Banning in the “Fallen” franchise. The most recent installment, 2019’s “Angel Has Fallen,” grossed $146.66 million worldwide on a $40 million budget.

In normal years, a new installment of a proven theatrical franchise would represent an easy bet for distributors and among the best opportunities available at AFM. But amid pandemic uncertainty, Greenstein had to come ready with an aggressive pitch, despite the fact that the movie isn’t set to start shooting until the end of next year.

“I sent out an email before the market basically saying, ‘Listen, we’re aware that COVID exists and the market is terrible. We are making this movie and we’re not going to be having conversations now, unless we’re talking about specifically high normal-market prices. We understand you’re suffering, we’re suffering too, but these movies of this caliber require that pricing, so don’t give us a sob story — we’re right there with you. We have full confidence that by the time we get into production on this, by the time we’re releasing in ’22, theaters will be back, the market will be back, and all of us will be on to better times,’” he said.

While modestly budgeted films and ones that strongly appeal to international audiences can get away without a U.S. theatrical release, all eyes are still looking ahead to a time when domestic theater health has returned.

“If it’s a proper big-budget film, our partners really need the security that comes with a guaranteed theatrical window —and given all the uncertainty in the marketplace, that is a really difficult thing to offer them,” Kristen Figeroid, SVP, Advisory, Film Group, Endeavor Content, told IndieWire.

‘It took me to the brink’: Ahmed Hassan’s fight for his life, and his reputation