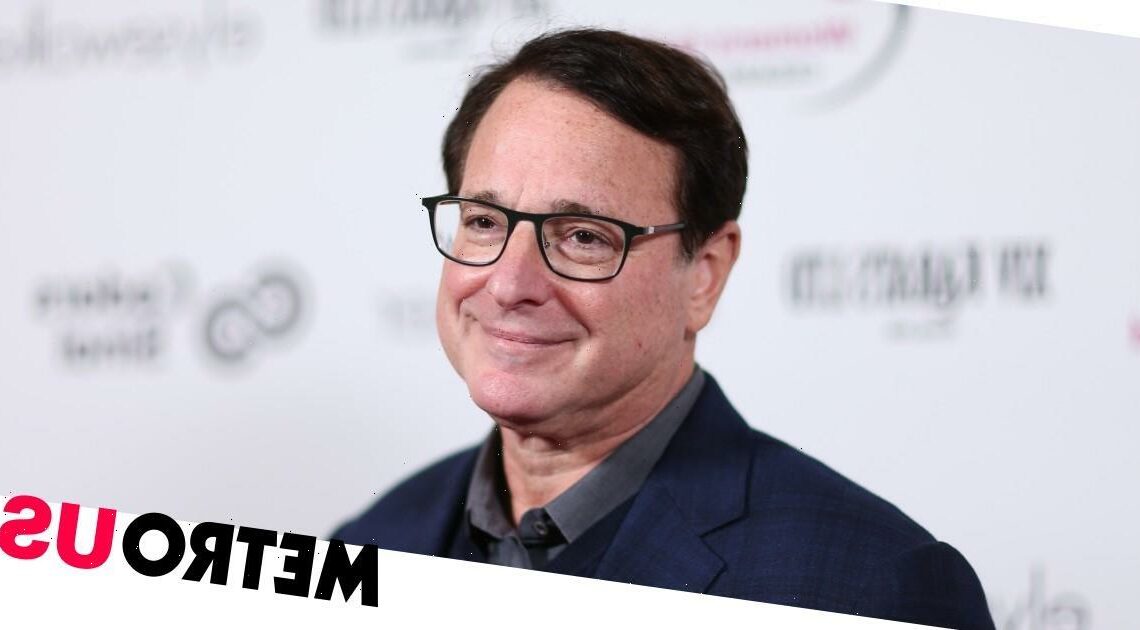 Bob Saget’s friend and former co-star Susanne Somers learned of the comedian’s death while in a live interview on Monday morning.

Somers was making an appearance on Studio 10 in Australia, when host Angela Bishop announced the breaking news of Saget’ death.

The beloved comedian, famed for starring in US sitcom Full House, was pronounced dead in his hotel room in Orlando, Florida on Sunday at the age of 65. While an exact cause of death remains unclear, officers from Orange County Sheriff’s Office confirmed there were no signs of foul play or drug use.

Three’s Company star Somers, 75, appeared alongside Saget in an episode of Full House in the early 90s and was appearing on the morning talk show Down Under when Saget’s death broke.

‘I’m hearing it from you,’ the stunned actress said as she was asked to share her thoughts.

Going on to recall her memories of Saget, she said: ‘I would appear on his show from time to time, because right next door at Warner Bros. was my set for Step By Step, where I starred with Patrick Duffy, and we would go over to the Full House set, and it was kind of this wonderful thing that was going on at Warner Bros. at that time.’ 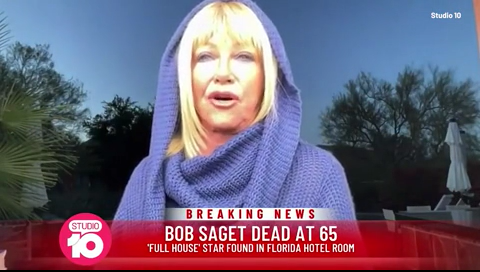 Somers sounded shaken as the programme played a reel of Saget’s acting roles, as she was heard saying ‘so sad’.

Saget was best known for portraying Danny Tanner, a widowed father of three daughters, in the acclaimed sitcom Full House from 1987 to 1995.

He reprised the role in 2016 when Netflix revived the programme for a further five seasons.

The comedian had just begun his new 2022 stand up tour and had earlier tweeted about his show in Jacksonville, expressing his delight at being back performing.

‘Thanks again to @RealTimWilkins for opening.

A police statement read on Sunday evening: ‘Earlier today, deputies were called to the Ritz-Carlton Orlando, Grande Lakes for a call about an unresponsive man in a hotel room.

‘The man was identified as Robert Saget & pronounced deceased on scene.’

Hollywood has been left shocked and saddened by the news, with Jim Carrey leading tributes for the comedian.

The Ace Ventura actor tweeted: ‘Beautiful Bob Saget passed away today at 65. He had a big, big heart and a wonderfully warped comic mind. He gave the world a lot of joy and lived his life for goodness’ sake.’

Comedy veteran Steve Martin described Saget’s death as a ‘sad day for [the] comedy world’ while Whoopi Goldberg wrote in her tribute: ‘Sail on my friend Bob Saget with your huge heart and abject lunacy.

‘My condolences to his daughters & other family.’

Actor John Stamos, who starred alongside Saget in Full House, also took to Twitter to express his grief.

‘I am broken. I am gutted. I am in complete and utter shock. I will never ever have another friend like him. I love you so much Bobby,’ he tweeted.

Comedian Pete Davidson passed on a statement via Dave Sirus due to deleting his social media accounts.

The Saturday Night Live star wrote: ‘Bob Saget was one of the nicest men on the planet.

‘When I was younger and several times throughout our friendship he helped me get through some rough mental health stuff. He stayed on the phone with my mum for hours trying to help in anyway he can – connecting us with doctors and new things we can try. He would check in on me and make sure I was okay.’

Pete added: ‘I love you Bob it was an honour to know you. Thank you for your kindness and friendship. My condolences to the family.’

Saget is survived by wife Kelly Rizzo and daughters Aubrey, Lara and Jennifer.