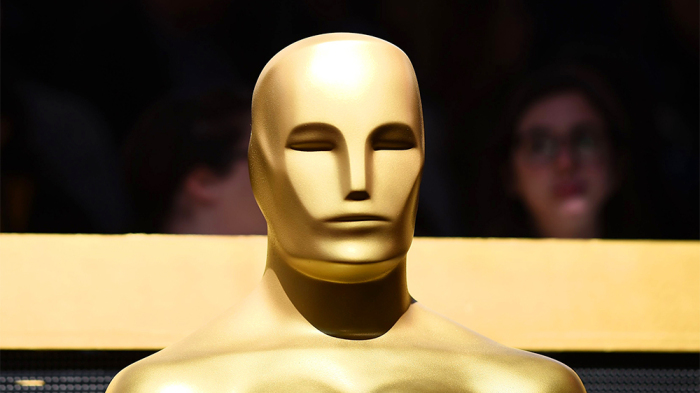 Kevin Hart won’t be showing up for the Oscars, but advertisers will.

Walt Disney’s ABC has sold more than three-quarters of its commercial inventory for its February 24 broadcast of the glitzy awards fest, according to Jerry Daniello, senior vice president, entertainment brand solutions, for Disney ad sales, pacing ahead of its progress at this time last year. He declined to comment on the price of a spot in the event, but two media buyers familiar with negotiations for advertising in the event say ABC is seeking between $2 million and $3 million for a 30-second ad.

“We are working lockstep with the Academy,” Daniello told Variety in an interview. No matter the host or the format, “it’s the biggest event we have on our network.”  Commercials tied to the Oscars broadcast and ABC’s red-carpet coverage generated approximately $128 million for the network in 2017, according to Kantar, a tracker of ad spending – more ad revenue than it generates on any other day of the year.

The Academy of Motion Picture Arts and Sciences has been scrambling since comedian Kevin Hart stepped down in the wake of the discovery of homophobic tweets from his past. Hart apologized but not quickly enough to stem outrage over the remarks.

Advertisers didn’t buy time in the Oscars with a specific host in mind, Daniello says. “Most of the interest we had to date was locked in” before the Hart controversy sparked, he notes. ABC has seen interest in the broadcast, he adds, from automobile manufacturers, retailers, beverage marketers, and makers of consumer technology.

Madison Avenue’s attention to the event – even with a steep price – shows that movie buffs aren’t the only ones infatuated with extravaganzas like the Oscars, despite some of the fluctuations they have suffered in audience. Marketers are also paying top dollar for other events that typically bring in some of TV’s biggest crowds. CBS is seeking between $5.1 million and $5.3 million for a package of TV and digital advertising around its coming broadcast of Super Bowl LIII, according to three people with knowledge of negotiations, and, according to one of those people, around $1 million for a 30-second spot in the network’s February Grammys telecast.

ABC’s Oscars telecast has been beset in recent outings by low viewership. Ratings have more or less tumbled steadily since an Ellen DeGeneres-hosted telecast won 43.7 million viewers in 2014. This year’s broadcast captured just 26.5 million viewers, a 20% drop from the 2017 telecast. ABC in 2016 renewed a deal to broadcast the popular event through 2028.

Despite the audience drop, ad costs for the event continue to rise. ABC sought as much as $2.6 million for a 30-second Oscars spot in its 2018 broadcast. The price in recent years had typically hovered at between $1.8 million and $2.2 million.

Simply put, in an era when TV audiences have splintered around on-demand streaming video, big crowd-pleasers like the Oscars continue to have value – even if they attract fewer eyeballs than they did in the past.

ABC and the Academy have started working with sponsors in recent years to allow more commercials that play off elements of the awards proceedings. In 2018, for example, Walmart used its commercial time to run a series of short films crafted by female directors. The retailer is expected to return to the broadcast in 2019.  “We are experimenting with ad formats,” says Daniello. “There is strong interest in developing specific creative elements that link to the content.”

Realizing advertisers are interested in the ability of TV content to drive consumers to seek out information via digital and social media, Disney approached potential Oscars sponsors with research it commissioned with Google examining just that. The study showed ads in live “tentpole” events broadcast on ABC or ESPN in the first quarter drove more than twice the search engagement compared to other broadcasters’ big first-quarter live broadcasts. According to the Google study, search engagement for both ads and content in the 2018 Academy Awards was nearly three times the average of that related to events such as the Super Bowl, the Golden Globes, the Grammys or the Winter Olympics.

Advertisers also know the Oscar playing field is a protected one. The Academy of Motion Pictures and Sciences limits the amount of advertising time allowed in the awards broadcast, meaning the commercials have a better chance of standing apart from the pack. Even so, the Academy has allowed more commercials – between 70 and 80  – in the broadcast in recent years, compared with about 60 between 2007 and 2011, according to Kantar.

The success of the Oscars broadcast is often at the mercy of the slate of films up for honors.. When the top movies nominated are arty films aimed at older audiences, viewership tends to slump. When the nominees for best films are blockbusters, the ratings increase.

In 1998, approximately 55 million viewers tuned in to see the crowd-pleasing “Titanic” win “Best Picture.” Oscar ratings hit a new low in 2008, however, when just 32 million tuned in to see “No Country For Old Men” win the big prize, down from about 38.9 million the year before. Top films in 2018 were not blockbusters, but rather well-received films like “The Shape of Water,” ‘The Post,” “Darkest Hour,” “Three Billboards Outside Ebbing, Missouri” and “The Phantom Thread.”