Home » TV & Movies » 'Abbott Elementary': Many Fans Don't Think Janine and Greg Will Get Together in Season 2 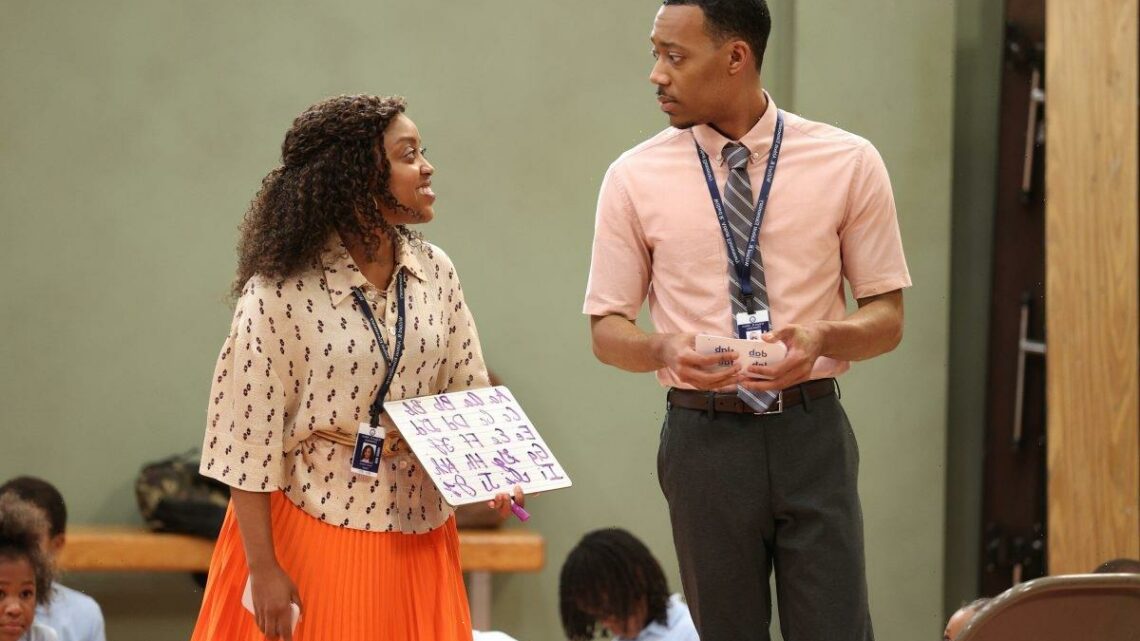 'Abbott Elementary': Many Fans Don't Think Janine and Greg Will Get Together in Season 2

Substitute teacher Gregory Eddie (Tyler James Williams) seemingly had eyes for second-grade teacher Janine Teagues (Quinta Brunson) from the first day he began working at Abbott Elementary. While she reciprocates the feelings, the two haven’t acted on them due to her long-term relationship with Tariq Temple (Zach Fox) and his current fling with kindergarten teacher Barbara Howard’s (Sheryl Lee Ralph) daughter, Taylor (Iyana Halley). However, fans are confident Greg and Janine will begin dating at some point.

However, they haven’t acted on it or even admitted it to themselves, mainly due to Janine having a boyfriend, Tariq (Zach Fox). During the season 1 finale, she ended things when he wanted to move to pursue music.

But Greg and Taylor (Iyana Halley), the daughter of a kindergarten teacher and Janine’s role model Barbara (Sheryl Lee Ralph), have begun dating.

It’s unclear how serious they are as Taylor lives in New York. Fans of the mockumentary are sure Greg and Janine will end up together but aren’t sure when. Therefore, many of them took to Reddit to discuss their theories.

Some fans theorized when Janine and Greg would begin dating

One fan pointed out his relationship with Taylor and wondered if they’ll continue to date all of season 2. Then, it’s possible that Janine might begin dating someone else, delaying their inevitable love story for another season.

Another thought is that Taylor could start working at the school, causing Janine to confront her feelings about Greg.

Or, following The Office parallels, one viewer pointed out that Jim’s (John Krasinski) love interest only lasted for a season before he began dating Karen (Rashida Jones) and wondered if Taylor is fulfilling that role before Greg meets another person and they have a longer-term relationship.

Someone else noted the observance of the Abbott Elementary students and believed one of the kids might call it out, unknowingly becoming the “catalyst for them getting together.” Many don’t think the pair will get together in season 2 as they believe more “obstacles” will get in the way for a better “payoff.”

Fans also debated the order in which the rest of the faculty would discover their unspoken crushes. Many pointed out that Barbara already knows as she has caught Greg romantically staring at Janine.

However, they aren’t sure if it will cause conflict when Janine and Greg get together as he’s currently dating her daughter.

They think history teacher Jacob (Chris Perfetti) will figure it out next because he has a close relationship with Janine and attempts to get close to Greg, then second-grade teacher Melissa (Lisa Ann Walter) “because she’s Melissa,” followed by custodian Mr. Johnson (William Stanford Davis).

Nearly everyone agreed they believe the principal Ava (Janelle James) will discover it last. While some think she won’t care, others are sure she will get upset as she continually flirts with Greg. Abbott Elementary airs on ABC.