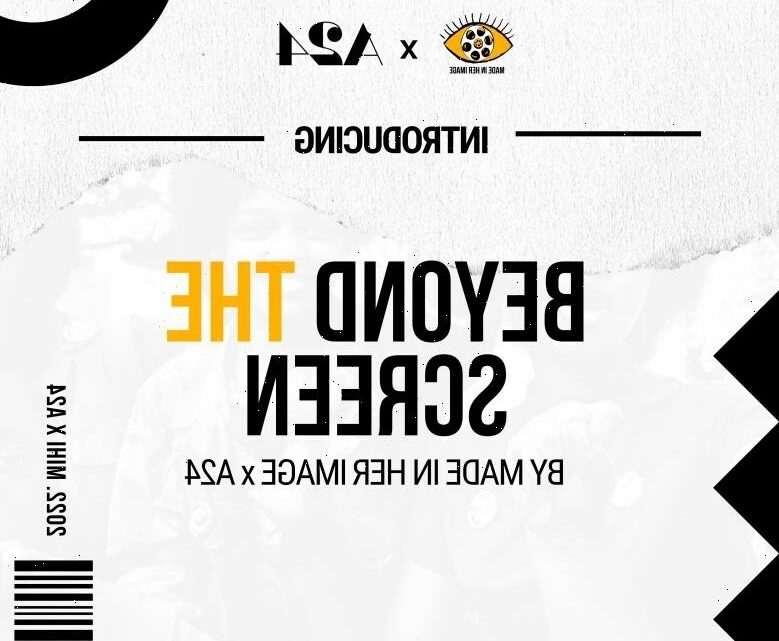 The nonprofit Made in Her Image has teamed with beloved indie shingle A24 for a new mentorship program that will educate 31 people on how a studio shepherds a film from production to premiere, the groups announced Wednesday. The first coterie is made up of 31 people with diverse backgrounds who have been historically hindered by systemic racial and gender inequality, with an emphasis on women and nonbinary people of color between the ages of 18-25.

The program, called Beyond the Screen, is a free, three-week immersive workshop that kicks of virtually on June 4. The three-session course will cover the business of production, post-production, and distribution. The goal is to allow those interested in film and TV careers to leave with a better understanding of how to naviagate their projects and careers.

“In the wake of the racial justice uprisings of 2020, we saw an outpouring of equity and diversity commitments from Hollywood. Our goal with Beyond the Screen is to inspire young women and nonbinary people of color to see themselves as tomorrow’s producers and distributors, while also modeling for other studios, networks, and production companies the praxis of creating meaningful pipelines for underrepresented communities” said Malakai, CEO and founder of Made in Her Image.

Founded in 2018, Made in Her Image has previously held workshops and incubators in directing, screenwriting, cinematography, and is planning another Panavision Catalyst Cohort scheduled for fall 2022.

The organization is dedicated toward social equity in the film, media, and entertainment industry for girls and women of color. Its programs include media literacy programming, programming, and educational media for women breaking into the industry.

The 2022 Beyond the Screen Student Mentees Are:

Tribeca-Bound Film ‘January’ is Boarded by The Yellow Affair (EXCLUSIVE)