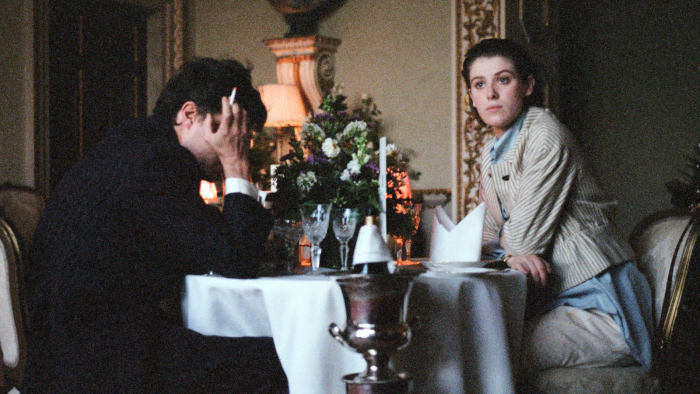 A24 has bought North American rights Tilda Swinton’s romance-drama “The Souvenir” ahead of its premiere next month at the Sundance Film Festival.

The film introduces Honor Swinton Byrne — Swinton’s daughter in real life — and also stars Tom Burke (“Only God Forgives”). Swinton Byrne plays a quiet film student who begins to find her voice as an artist while navigating a turbulent courtship with a charismatic but untrustworthy man (Burke). She defies her protective mother (Swinton) and concerned friends as she slips deeper and deeper into an intense, emotionally fraught relationship that comes dangerously close to destroying her dreams.

British writer/director Joanna Hogg directs from her own script for Protagonist Pictures and 30West. Martin Scorsese came on as executive producer of “The Souvenir” after he saw Hogg’s second film, “Archipelago.”

“Each of Joanna’s films has a mesmerizing power and uncommon intimacy, and ‘The Souvenir’ shows a filmmaker at the height of her craft,” A24 said. “The film brilliantly captures the heady, formative days of first love and a young woman’s efforts to give shape to her art, and we could not be more excited to bring ‘The Souvenir’ to a wide audience.”

“The Souvenir” is produced by Hogg and Luke Schiller, who previously worked with Hogg on “Archipelago,” and executive produced by Scorsese, Emma Tillinger Koskoff, Lizzie Francke, Rose Garnett, Andy Starke, and Dave Bishop. The film has been supported in development and production by the BFI Film Fund (using National Lottery funds), BBC Films, and Protagonist Pictures. 30West negotiated the deal on behalf of the filmmakers.

This Incline Press Challenge Rocks Your Chest and Core