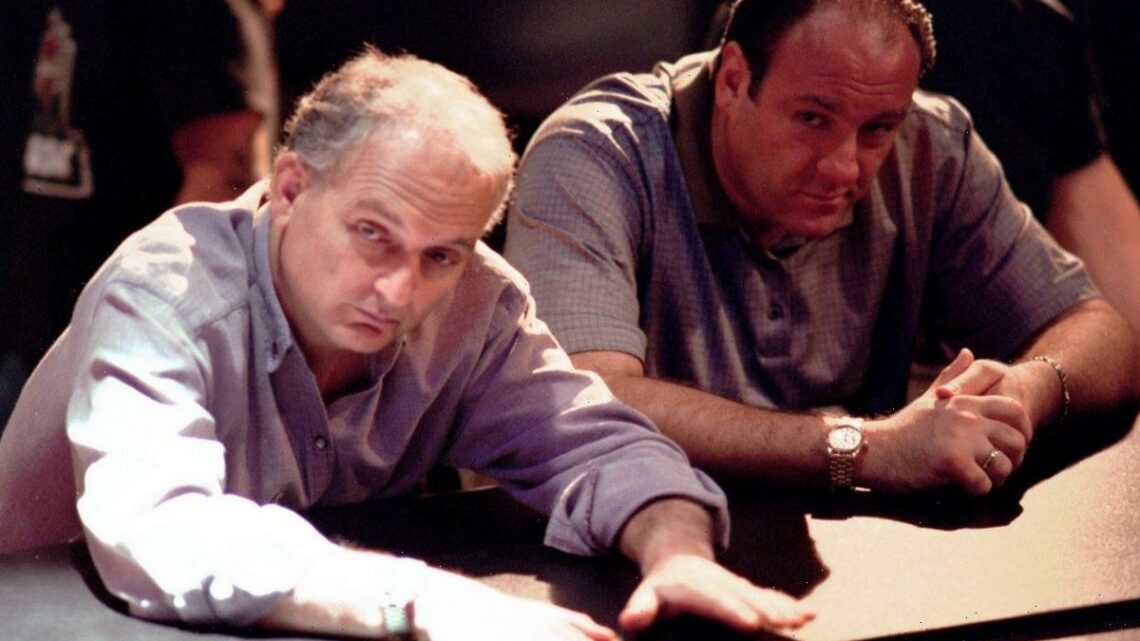 When you watch The Godfather (1972), you catch glimpses of the epic film’s influence on screen mob tales that followed. In the case of a show like The Sopranos, you might have to look a little harder, but the influence is there.

You see it in the changing of the guard from the generation of Don Vito Corleone (Marlon Brando) to that of his son Michael (Al Pacino). Things are grimmer — overall, much less forgiving — in Michael’s era. And that’s how life seems to Tony Soprano (James Gandolfini) in the ’90s.

Just as Michael has his own brother killed, so does Tony’s favorite uncle make an attempt on his nephew’s life (with a nudge from Tony’s mother). Such things would be unthinkable in the respective eras of Vito Corleone and “Johnny Boy” Soprano. Things were better then.

Goodfellas (1990) removes any remaining pretenses about mob life. When the Sid Vicious version of “My Way” tears onto the soundtrack, it’s safe to say the decline had begun. Enter The Sopranos, which creator David Chase reportedly envisioned as the third part of the trilogy decades in the making.

If you were getting to work on an American mob saga in the late ’90s, The Godfather and Goodfellas were the defining works standing before you. And Chase was consciously gunning for them with his Sopranos concept. Todd Kessler, who worked as a writer and producer on seasons 2 and 3, said Chase spoke about it when Kessler met him about work on the HBO show.

“I remember when I first met with David [Chase], one of the things he said to me was, it was his aspiration that The Sopranos would be the third part of a trilogy, starting with The Godfather movies, [then] Goodfellas, and The Sopranos,” Kessler recalled on the Talking Sopranos podcast.

Kessler, who’d been working in duller TV terrain, knew he wanted to be a part of Chase’s project. “It may fail, it may not go more than one season, but that’s what the aspiration is,” Kessler said. Considering how The Sopranos turned out, you could argue Chase did what he’d set out to achieve.

David Chase was conscious about keeping a distance from ‘Goodfellas’

The Godfather films were far enough in the past for Chase to bring in Dominic Chianese (Corrado “Junior” Soprano) without viewers immediately thinking “Johnny Ola.” But that might not have been the case with Martin Scorsese regular Frank Vincent, who was in the running to play Junior.

Speaking to GQ in 2010, Chase explained why Chase didn’t turn up until the later seasons of the show. “Frank had to wait four or five years before I felt The Sopranos had established its own identity, and Phil Leotardo would now be perceived as a different character than Billy Batts,” Chase said.

'Shadow and Bone': Why Is General Kirigan Not Mentioned in the Books?