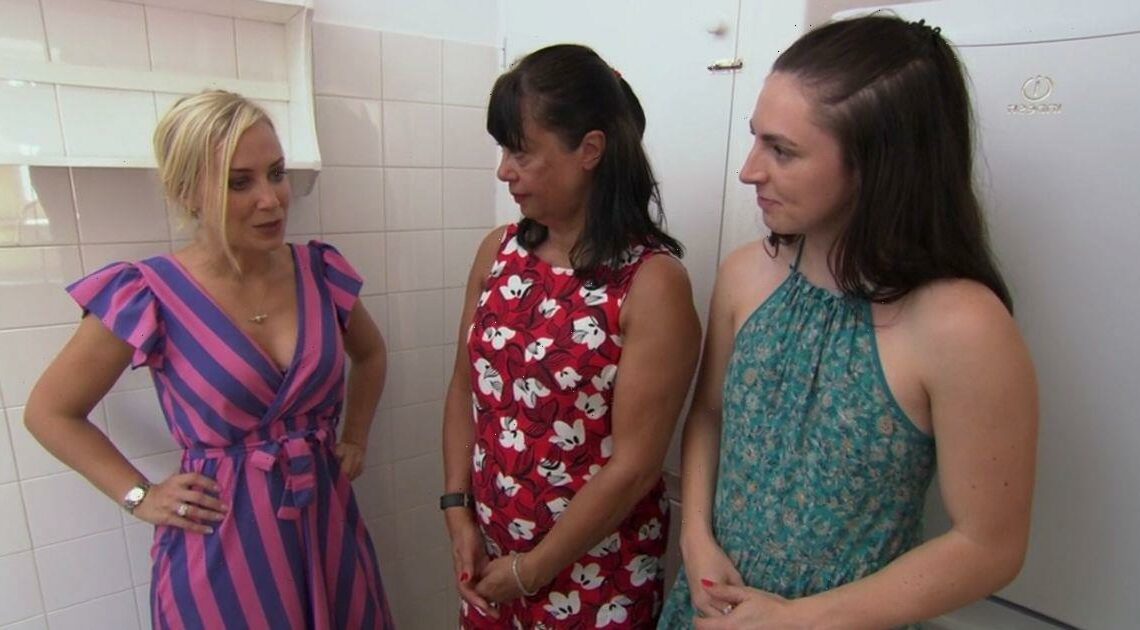 A Place in the Sun was tense when Laura Hamilton took a guest to an apartment where the balcony was so small a chair wouldn't fit on it.

In the episode of the Channel 4 show on Wednesday (July 7) that first aired in 2019, Teresa was hoping to find her dream home in the Algarve in Portugal.

Teresa was born in Portugal and moved to the UK in childhood but it has been her lifelong wish to go back to her roots and she brought along her niece Emily for help picking the perfect place within a budget of £115,000.

Laura took her to a two-bedroom apartment in Portimao which featured a living room, a fully equipped kitchen, two bedrooms, a family bathroom, and a communal garden.

Teresa was clearly not impressed with the "Juliette" balcony and said it was a shame you "couldn't get a chair" on it.

Laura showed her a room and said it was "fairly decent" and pointed out the balcony, asking: "What do you think of those?"

Teresa said: "They are pretty but they are not very functional, you couldn't really do anything with them.

"You couldn't put a table out there, you have got the air coming in but that's about it, isn't it?"

Laura asked: "Is this property giving you the tingles?"

The guest said it was not, and added: "I like the feeling of space but it does need a few bits doing to it and I think because it's at the top end of my budget I wouldn't have room to do that."

She also said it was a shame not even being able to put a chair on the balcony to enjoy some private outdoor space.

After that flat no, Laura did eventually come up trumps with property number five, a three-bedroom townhouse in Lagos that was 200 years old and full of character.

It also had plenty of space in the garden and a beautiful fireplace which helped seal the deal.