Home » TV & Movies » A Place in the Sun: Former presenter’s return announced ahead of new series 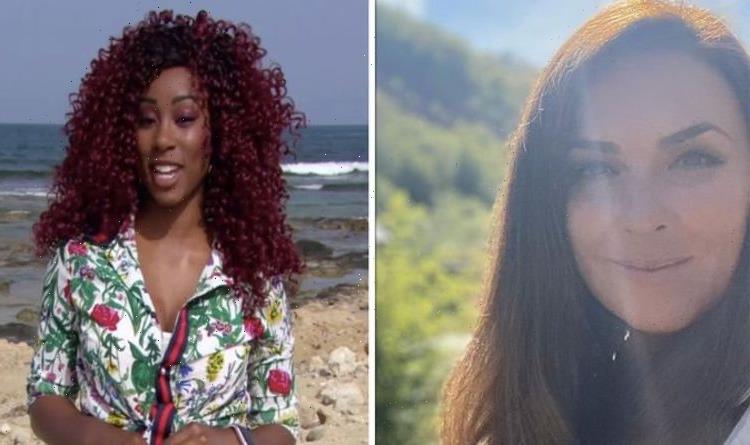 A Place in the Sun: Former presenter’s return announced ahead of new series

A Place in the Sun: Couple criticise property for missing lounge

Channel 4 viewers can get a glimpse of what life could be like abroad in the channel’s hit property show A Place In The Sun. The programme sees presenters guide house hunters round varying properties abroad as they attempt to find their dream home. The show has now revealed one of its former presenters will be returning after an eight-year absence for the new series.

A Place In The Sun is set to return to Channel 4 with brand new episodes this September.

In the upcoming installments, the show is set to welcome back Sara Damergi.

The presenter is an experienced property expert and she’s been helping house-hunters find their dream properties both abroad and in the UK for the last decade.

Sara first joined the series back in 2012, but left just two years later when she announced she was pregnant with her first child.

But, the now mum-of-two has been keeping up with her presenting work with a number of other broadcast projects.

She’s hosted daytime show Coast vs Country and also presents her own podcast called Lifehackers with her co-star Kerr Drummond.

Sara’s first episode back on A Place In The Sun will see her guide a couple of potential buyers around Italy.

The synopsis reads: “Sara will be pulling out all the stops to find Ally and Ray find their very own Italian retreat before travelling to the stunning region of Umbria to help Beverley change her life forever.”

As well as being a property pro, Sara is a lover of travel and has visited a number of exotic locations around the world.

In the past, the star has been able to travel the globe funded by her own internet business.

Her travels have included staying with tribes in rural Vietnam, an aristocratic artist in Sri Lanka, going snowboarding in Japan and cruising in Kerala.

The Channel 4 presenter shared the news of her return to the show in a post on Twitter.

Her followers reacted to the announcement congratulating Sara, with one posting: “Yay. Good to have you back.”

However, Sara’s not the only presenter featured in the new series of A Place In The Sun.

The series will also see Danni Menzies, who is house hunting around the beautiful seaside town of Denia on Spain’s Costa Blanca with couple Alison and Brian.

The pair have an ideal budget of £160,000 to find an apartment or house with plenty of outside space for them to relax and their two dogs to run around.

Throughout the series they will be heading to The Canary Islands, Spain, Portugal, Greece and Cyprus in a bid to help their house hunters find their dream properties.

The first episode of the new series airs on September 6 and will be fronted by fan favourite Danni.

A Place In The Sun airs weekdays at 4pm on Channel 4.