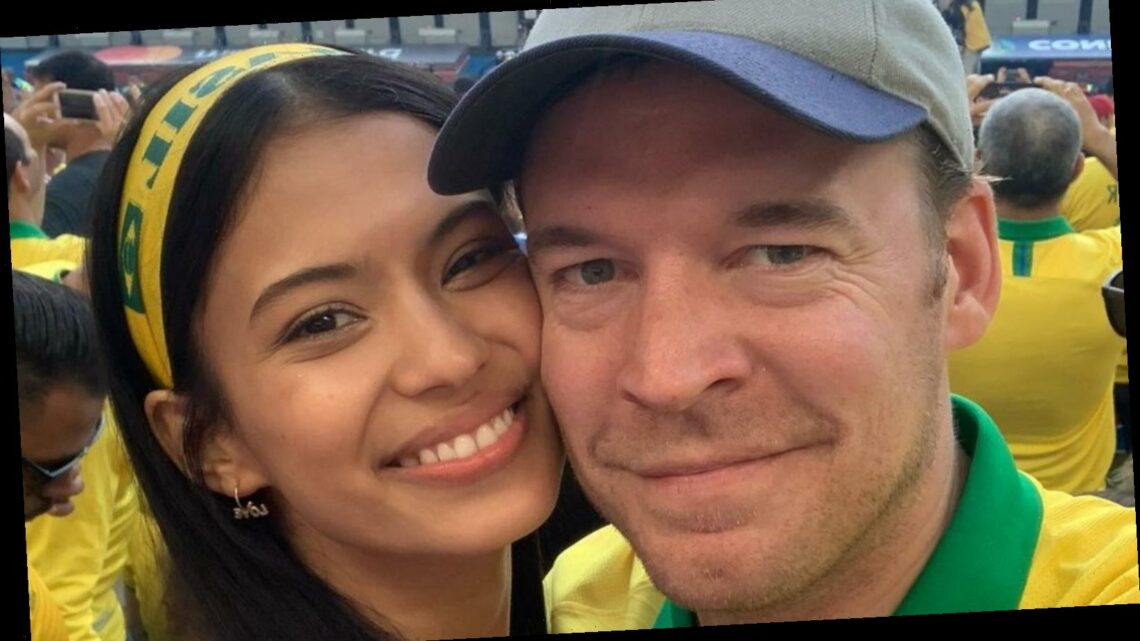 90 Day Fiance: The truth about Michael and Juliana’s prenup

Michael and Juliana made their 90 Day Fiancé debut back in November 2019 during the show’s seventh season. Fans watched as the Brazilian model finally moved to Connecticut to join her fiancé, a wine entrepreneur and father of two, who told viewers (via People), “I don’t necessarily believe in love at first sight, but it’s like we were kindred spirits.” Recalling how their romance began during “a big yacht party” in Croatia in 2017, Michael admitted he was instantly drawn to Juliana because “she’s beautiful” and has an “amazing body.”

Despite their 18-year age difference, Michael and Juliana soon proved fans wrong as they became one of the series’ best couples. Juliana instantly got along with Michael’s kids, Max and CeCe, who went as far as to research Brazilian culture and prepare a welcome breakfast for her. But the pair also faced some uncomfortable moments, like when Michael’s ex-wife, Sarah, began inquiring about a prenup. But not everything is as it seems on the show and fans soon wondered if the awkward scenes were real or scripted. After all, they did decide to all quarantine together during the pandemic. Let’s take a closer look at the truth behind Michael and Juliana’s prenup drama.

From the moment Sarah first met Juliana, she appeared to put her ex’s new fiancée to the test. During their very first dinner together, Sarah did not mince words as she asked difficult questions, like, “How do you see your role in this big community family?” The language barrier left Juliana struggling, as did Michael’s close relationship with his ex-wife. “In Brazil, when people divorce, they don’t talk to each other,” she told the cameras as Michael tried to smooth things over. He said, “The kids adore [Juliana], but I don’t think they would want anything else in life than to have Sarah as their mother.” The sentiment did not seem to appease Sarah, who told Juliana, “What I want from you is to not parent at all.”

Things got more cringeworthy when talk of a prenup began. Sarah brought up the notion, explaining she wants her kids taken care of financially, but Juliana was once again left in the dark. She and Michael went to see a mediator and the latter scolded him for apparently wanting to keep his assets to himself. “Prenuptial agreements have to be fair,” the mediator said, adding, “You can’t just write Juliana out of everything. You’ve got to make sure that she will be taken care of.” Meanwhile, Juliana was nearly brought to tears as she proclaimed, “I can’t depend on anyone.” She added that she planned to become fully independent and even went viral for her powerful declaration: “Mens doesn’t control me.”

What's the truth behind Michael and Juliana's prenup drama?

Despite all of the time 90 Day Fiancé allocated to Michael and Juliana’s prenup storyline, the pair ended up not getting one. “We’re not doing it,” Michael revealed, telling a happy Juliana, “No prenup. It doesn’t make sense. It’s stupid. No matter what happens, you’re going to be okay and the kids are going to be fine,” Michael said (via Reality TV World). “That’s not why we’re getting married — to have a business transaction.”

Soon, Juliana and Sarah were wedding dress shopping and Sarah even officiated the wedding. It seemed like a complete 180, but it turns out they might have been friendly all along. As Michael revealed on Instagram Live (via Soap Dirt), producers “cut out the kindness” and fabricated drama. Sharing a screenshot from the mediator session on Instagram, he wrote, “This is the biggest bunch of manufactured bull****…. shame on you Sharp Entertainment and TLC.”

Meanwhile, Sarah also said (via Soap Dirt) that the prenup conversation was “scripted,” recalling, “I was confused about why [producers] were telling me to ask him about the prenup. They told me he knew I was going to ask.” She said she knew Michael and Juliana were together for the right reasons and noted, “Michael believes in his love and marriage to Juliana. He wouldn’t get into it if he thought he needed a prenuptial agreement.” As for repercussions, she slammed, “If TLC and the producers get mad at me for saying this, I don’t care. It’s the truth. I don’t want people to think anything otherwise.”

The Bachelorette: Tayshia Picks 4 Men for Hometowns — and 1 Contestant Shocks Chris Harrison at Men Tell All