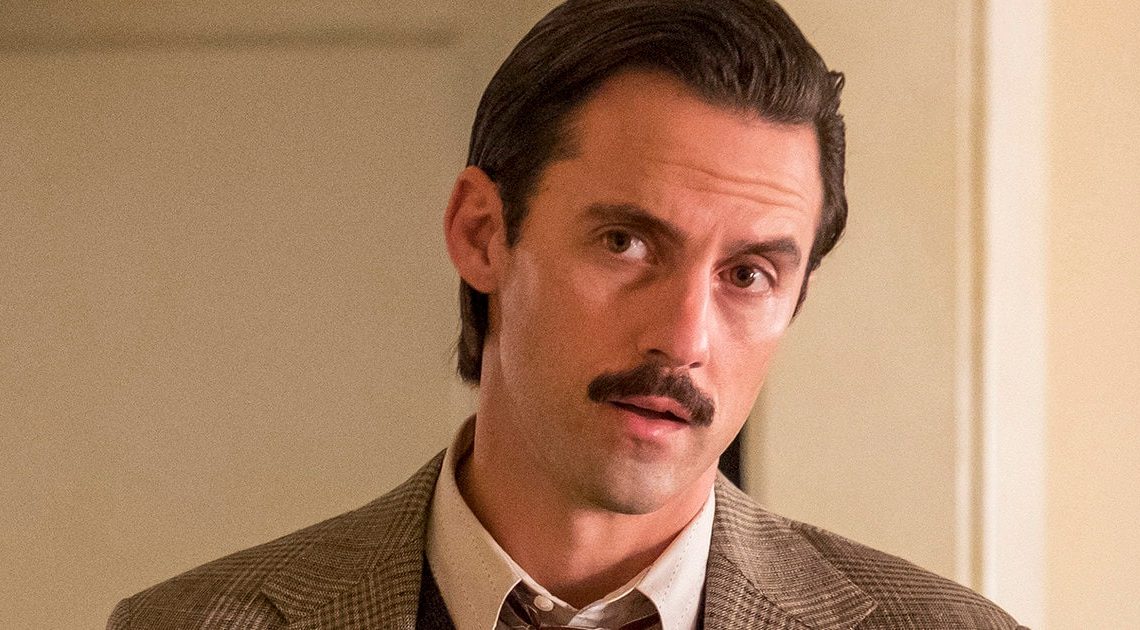 Kevin tells the family that Uncle Nicky is still alive and sets off on a road trip with Randall and Kate to finally get the truth.

After closing the chapter on the sometimes-frustrating campaign storyline for Randall, "This Is Us" returned to what it does best with a sublime episode finally revealing Nicky’s truth, and Jack’s biggest mistake.

We’ve been teased all season long about Jack’s time in Vietnam and his troubled relationship with Nicky only to get the bombshell a few episodes ago that Nicky didn’t actually die in the war. He survived it, and not only that, he survives to this day, and it was this storyline that came home to roost in the most tragically beautiful way this week.

Everything was about Nicky and finishing Kevin’s fact-finding arc. It opened with him telling his family that he’d found out Nicky was alive and even had an address for him. It ended with the Big Three standing in Nicky’s trailer, and between that was a time-twisty story of underlying motivations, weakness, strength, perseverance, closure and drive.

Honestly, everything worked this week, It was a waterworks masterpiece that only built in anguish as it went along. We’d like to say "we’re not crying, you’re crying" but we’re totally crying. And so are you.

As we do every week, we’re going to single out the show’s most powerful moments, scoring them by how many tissues we tore through just to watch them. Believe us, these are happy tears of anguish.

Maybe we’re just big ol’ softies, but we absolutely loved seeing the Big Three together again, and this sibling banter over what Randall gives out on Halloween was absolutely priceless and totally accurate.

And of course he gives out the big candy bars. Always the overachiever.

1 tissue (because we love seeing them together)

I Won’t Write You Anymore

We were still getting to the root of the rift between Nicky and Jack, but when Nicky’s letter to Jack’s home finally spurred a personal visit, he was met with resistance and coldness when he tried to tell Jack the truth about what happened in Vietnam, and between them.

It was heartbreaking to see Nicky resign himself to not having Jack in his life. It was also another indicator that Jack Pearson was not a perfect man. He saw the world in black and white, As Nicky explained to the Big Three, and there’s a lot of gray out there. So he was willfully blind to so much.

It was Kate’s assertiveness that kept things moving when the Pearsons first confronted older Nicky in the present day. He had already resigned himself to a life without Jack and his family — though we later find out he did see a picture of them as children — so it took her push to get him to finally open up to them. And it would prove to be a pivotal moment.

And we love Nicky’s response that they are definitely Jack’s kids when they proved so stubborn. As viewers are starting to figure out ,they are definitely their parents’ children, good and bad. These are not perfect people, and it is their journey we have signed on for. They are battling their demons just as all of us do, so we shouldn’t be mad when they’re petty or selfish. Or maybe it’s too familiar?

What Did You Do, Nicky?

"He was just a kid. He was just a kid. I’m done. I’m done," Jack said after pulling Nicky out of the water. And the already fragile kid was basically just broken and undone completely by the explosion and death of the small Vietnamese boy he’d been talking to just moments before.

The moment was underplayed so beautifully, it was utterly heartbreaking. Jack’s contempt was completely understandable, so why were we screaming at the television?

Even worse, at 70 years old, Nicky told the Big Threethat the strongest lingering memory of his time in Vietnam was the look on that boy’s mother’s face as she wailed in a mourning so pure and so raw it haunts his waking moments.

He painted a beautiful picture of her grief, emphasizing just how vivid it still was in his mind, telling the kids, "I worry that’s going to be the last thing I remember when my time comes."

Why Didn’t I Ask Him More?

Throughout the episode, Rebecca was quiet and struggling, which honestly led us to wonder if she knew more about what was going on again like she did with Randall’s birth father, William. It turns out she was questioning herself and her handling of Jack’s clear PTSD from his time in Vietnam, and apparently this incident with Nicky.

Miguel tried to tell her that Jack probably kept his past secretive because he feared the darkness of it would overshadow the light that was Rebecca and the kids. ""I used to love that answer because I wanted to believe it.

But now, I want the truth." We are here for older Rebecca having an active storyline, rather than just supporting the Big Three, but it’s so hard to see her struggling still with her marriage two decades after the loss of her husband. Just like Nicky, those hurts linger.

To this point, we’ve experienced Nicky’s time in Vietnam through Jack’s black-and-white filter, but we needed to hear this chapter from Nicky himself. His darkness lifted when that little boy put on his glasses and started giggling. He found a light and a moment of joy so visceral he invited the boy to go fishing to keep it going a little longer.

But, being a young and irresponsible kid himself, he thought it would be funny to fish with grenades. And it is. It’s just also incredible dangerous. The boy’s death was a complete and total accident, but one caused by carelessness. So Nicky owns his responsibility for it, but it’s doubly tragic because Jack didn’t see it that way at all.

Of course Jack is going to think Nicky did it on purpose. Look at how he’s behaved to this point, even going so far as to call the women and children the enemy. In Jack’s mind, Nicky lured that kid out into the water to kill him, and then he did it.

Imagine living with that image of your brother for the rest of your life, and because he couldn’t reconcile shades of gray, he lost Nicky for it. And Nicky wasn’t strong enough to fight for his truth, unlike Kate and the Pearsons who were fighting so hard for the truth about their father.

A beautifully filmed scene early on showed both Jack in the past and the Big Three in the present preparing for a trip to Bradford, PA. In the past, Jack had a private conversation with Kevin, who refused to say farewell with the family. It was only until later in the episode that we got to hear the content of that, which was Jack telling Kevin to "fix" the mistakes of his father.

Apparently that message resonated over the years because Kevin, who has shown such amazing growth this season and become one of the show’s best characters after a very underwhelming start, chose a different path.

Kevin knows all too well the shades of the world, and that’s why he turned toward Bradford instead of away from it, as Jack did all those years ago. And it may have made all the difference.

I Never Got to Tell Him

Not only is Nicky haunted by the wailing woman, but he’s haunted by his own inability to get through Jack’s wall of avoidance and speak his truth about what happened on the boat. "I never got to tell him." These words echoed throughout his conversation with the Pearson children, and apparently learning that never would indeed be never now, as Jack was dead, was just too much.

After Kevin made the fateful decision to return to Nicky’s trailer, they found him shaking and looking at his gun, lying on the table in front of him. This man has lived a life of isolation for 40 years, likely punishing himself for what he did in Vietnam and how it destroyed multiple lives.

It also destroyed his life, and nearly ended it had his nephews and niece not showed up when they did. The tragedy of the moment was played to the hilt by Griffin Dunne as the older Nicky, another casting coup for "This Is Us." They’ve yet to miscast a single role and everyone is bringing such amazing work to the screen.

We’re still sobbing thinking about how close this was, but we’re also applauding that Kevin, and his siblings, stepped out of their father’s shadow and made the better choice. It’s also the harder choice, the kind of choice so many people cop out of making in life, but here it’s made all the difference.

Got a story or a tip for us? Email TooFab editors at tips@toofab.com.

Related posts:
CategoryTV & Movies
Tags9 is This Tissu US

Justin Bieber Shows Major Love To Chris Brown After Rape Accusations: ‘No One Can Touch You’ 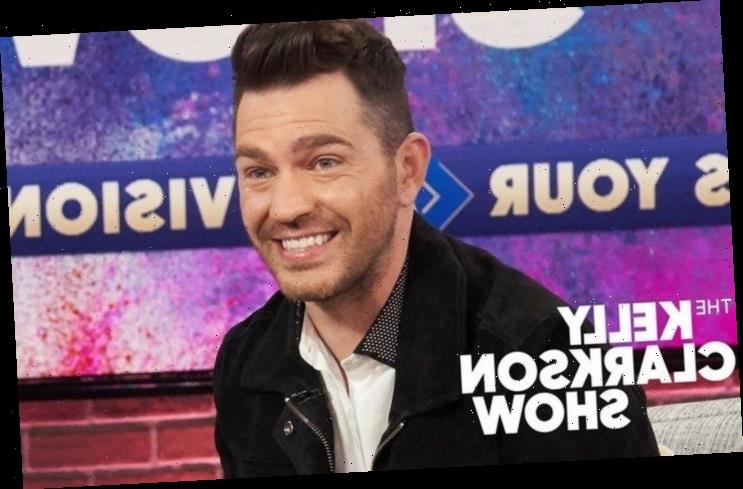 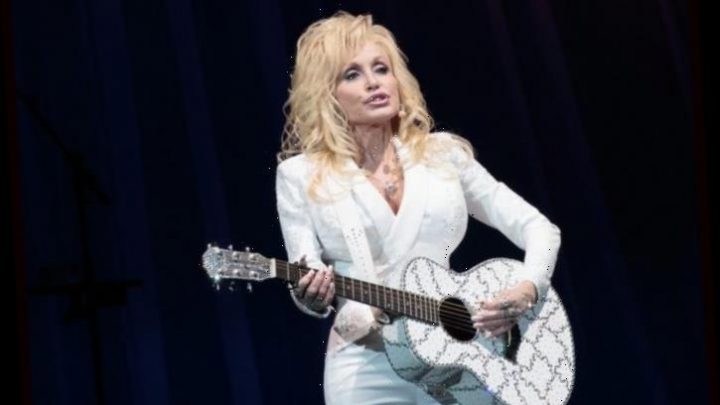 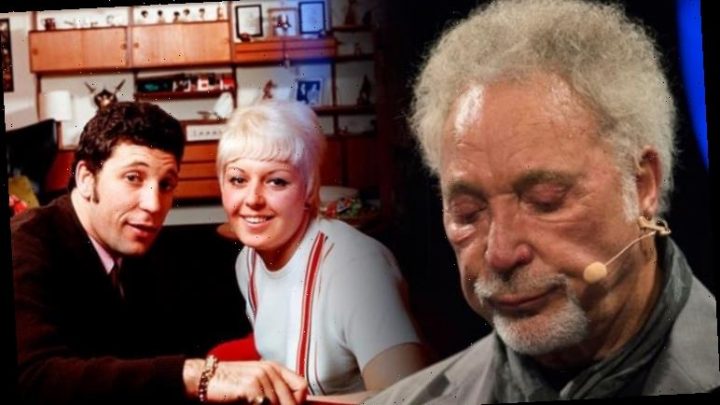