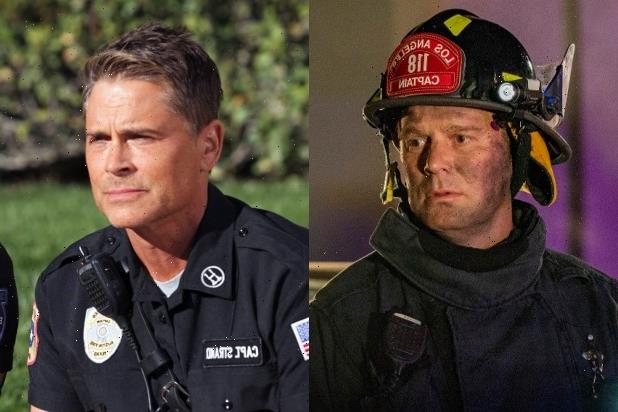 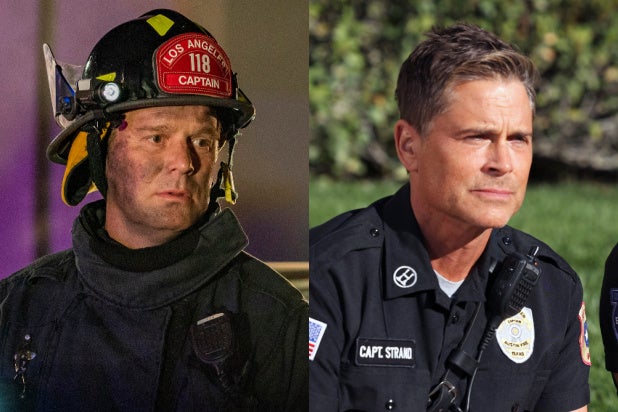 Tim Minear’s “9-1-1” universe returned from hiatus Monday with new episodes of the main series and its spinoff, “Lone Star.” And with both series coming back with installments that set up the rest of their respective seasons, TheWrap asked the Fox dramas’ showrunner to break down what’s next for our teams in Los Angeles and Austin.

For starters, “9-1-1” didn’t just bring up Bobby’s (Peter Krause) history as an alcoholic tonight as a quick reminder, as Minear said that’s “definitely setting up a bit more” for him and Athena (Angela Bassett). As fans will remember, Bobby is responsible for the death of his wife and two young children because he passed out drunk and caused a fire that killed them. Tonight’s “9-1-1” featured an alcoholic mother who put her child — and everyone else on the road — in danger when she got behind the wheel drunk and caused a huge pileup.

Oh, and if you were terrified that Chimney’s (Kenneth Choi) brother Albert (John Harlan Kim) was going to die in that crash while Maddie (Jennifer Love Hewitt) was giving birth, Minear is only kind of sorry. Hey, Albert pulled through in the end.

“In the end, you know what it’s about? It’s about the relief that things are actually OK — at least for now,” he said.

Before we moved on to “Lone Star,” we asked Minear if he could tell us if a wedding will take place on Season 4 of “9-1-1” — even if it’s not Maddie and Chimney’s wedding.

“Will there be a wedding this season? Yes. There will be,” he replied. “There’s a story that involves a wedding, let’s put it that way.”

Now over to our team in Austin, where everyone was waiting to see if Judd (Jim Parrack) and Grace (Sierra McClain) would survive after their own big car accident. And though both of them pulled through (yes, tonight was not a night for Minear to kill off any of our beloved characters), the news of Grace’s pregnancy comes as both a happy reveal and a worrisome one.

“It poses an interesting dilemma for Grace and particularly not so much the pregnancy of it, because it’s something she wants, something they both want,” Minear said. “I think that they’re kind of a mythic couple in a way. But what we’re going to discover is that Grace’s injuries are quite serious and it’s going to take a while for her to, you know, literally and figuratively get back on her feet.”

He continued: “So the idea of kind of negotiating, you know, impending motherhood along with feeling helpless, which is something she doesn’t normally feel like, she’s usually the one who was there to reach out a hand to help somebody. It’s very difficult for her to reach out her own hand and ask for help. So that’s going to be the story that we’re going to explore with Grace.”

As for the rest of the “Lone Star” crew, Minear said Owen (Rob Lowe) “is going to be going through his own sort of existential crisis.”

“You know, he had the world on a string for about six or seven episodes and everything he thought was going to be his future. He thought he was going to be the one to have the baby on this show. T.K. (Ronen Rubinstein), he’s going to take the next step and move in with Carlos. AnOwen is going to be an empty nester and he’s going to start to question his own existence in a way.”

Meanwhile, Marjan (Natacha Karam) will be facing the question of whether she has “celebrity or notoriety.”

“Those are two different things,” Minear said. “So, you know, she’s Firefox, that’s her role. And she’s going to have to kind of grapple with what that means when she comes close to being canceled.”