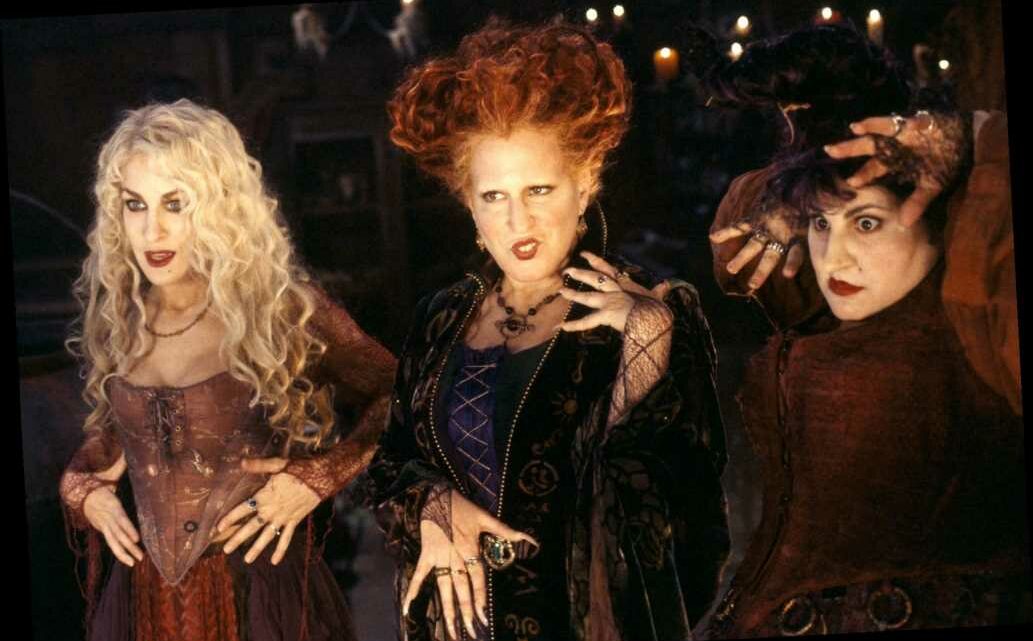 First released in 1993 and starring Bette Midler, Kathy Najimy and Sarah Jessica Parker, Hocus Pocus has become a beloved Halloween classic, cementing itself in pop culture history. And even if you watch it religiously every Spooky Season, there's a lot of insider info bubbling beneath the, well, cauldron. Here are 20 things you may not have known about the cult classic (that aren't just a bunch of Hocus Pocus).

The film wasn’t even released during Halloween. It was originally a flop.

The film debuted in fourth place at the box office, and earned just $39.5 million in its initial theatrical run, according to Yahoo Movies. However it eventually earned cult status — and even hit the number-two spot at the box office in October 2020, nearly 30 years after it was first released.

The script started out as a bedtime story.

Producer and co-writer David Kirschner told the story to his daughters, and then ended up turning it into a film.

To pitch the film, the creators really went all out. At a D23 panel celebrating the film's 20th anniversary, Kirschner told the crowd that, to really sell the idea to Disney, they set the mood by having executives walk into a dark room with witches brooms and a vacuum cleaner hanging from the ceiling and 15 pounds of candy corn.

It wouldn’t be possible for the movie to take place on Halloween 1993. That's because, in 1993, Halloween fell on a Sunday, which means no school!

The actress told Katie Couric, "I love it, We made it before the tidal wave of Halloween happened … Now it's like huge. It's huge — kids, grown-ups, everyone takes part in it, and this movie was kind of like the beginning of the wave."

And she feels that way even if she doesn’t “watch it regularly.”

Midler told PEOPLE in 2018 that she hadn't seen the film until its 25th anniversary: “I watched it the other night, the night before the [25th] anniversary, because I said, ‘You know what, I better look at this again.’ So I watched it, and I loved it! I loved it!”

“I thought it was so funny!” Midler added. “The first time I watched it I was only watching myself. But this time I saw everybody. And I tell ya, those girls in the back — they were going full blast! They were giving me a run for my money. The kids were great, everybody was great!”

Meanwhile, Sarah Jessica Parker doesn’t remember much about the movie.

When asked by Stephen Colbert if she had "any memories" of the film, Parker, who played Sarah Sanderson, said, "I do! I mean, I don't have a lot of memories. I remember the filming of it, I just don't remember what the movie's about as much … Apparently my character's not very bright, but apparently I fly and sing and I think I like to suck the life — kill children…I liked making the movie and I loved flying."

And she really loved flying. She revealed that she would sit up on the rig, in costume and read The New York Times while people "took their breaks or changed the camera."

Parker is related to a real-life witch. Well, an alleged witch. Parker went on the show Who Do You Think You Are? and found out that she was (very distantly) related to Esther Elwell, an accused witch at the famed Salem Witch trials. Luckily, her case never made it to trial as trying a person for witchcraft was abolished. Maybe this explain's Parker's love of flying…

The song Parker sings in the film, “Come Little Children,” is by the same man who wrote “My Heart Will Go On.”

Yes, the theme to Titanic. Famed composer James Horner is behind the music and lyrics for both iconic songs.

That isn’t the only thing that the film had in common with Titanic: Leonardo DiCaprio auditioned for the role of Max. But he turned down the role and "more money than [he] ever dreamed of to be in What's Eating Gilbert Grape.

“I don’t know where the hell I got the nerve,” DiCaprio told Variety. “You live in an environment where you’re influenced by people telling you to make a lot of money and strike while the iron’s hot. But if there’s one thing I’m very proud of, it’s being a young man who was sticking to my guns.”

Sure, What's Eating Gilbert Grape ended up being a critically acclaimed hit that catapulted DiCaprio into stardom, but boy do we wish we could've seen young Leo light the black-flame candle.

Rosie O’Donnell turned down a role in the film, too. She was asked to play Mary Sanderson, a part that eventually went to Kathy Najimy, but reportedly said no. And James Marsden(!) voiced him as a cat. Marsden is also close friends with Omri Katz, who played Max, as the pair shared the screen on Eerie, Indiana, a sci-fi kids show.

Some internet detectives noticed that the film shares an iconic fountain… …with none other than the long-running hit sitcom, Friends. The house can be seen after the children escape the witches (who tried to lock them in a kiln)! Funnily enough, actress Thora Birch is in both films. She played Dani in the 1993 film and returned to the neighborhood in 1999's American Beauty. The exterior was also used in National Lampoon's Christmas Vacation.

Garry and Penny Marshall play a disgruntled husband and wife in the movie, but they’re really brother and sister.

It'd be creepy if they weren't so funny.

Hocus Pocus was the first Disney film to use the word ‘virgin.’ If the number of times they say the word virgin feels like too many for a Disney film, it's because it is! No, really. They're real. Tony Gardner, the man behind the film's special effects makeup, revealed in an interview with Bloody Disgusting that they built "a rig inside [actor Doug Jones's] mouth to house some moths and dust for him to cough up on command."

Yep…. Thanks with all of my heart dear @disney Looks like Il be working on a looooooottttt of magic for awhile… I feel incredibly honored and humbled to be guiding forward these two Disney crown jewel legacies. My only hope is to honor those who came before me and build something new and exciting, as I desperately try to not let down the fans and enchant the new initiates! Fingers crossed! Xo

After Midler told Entertainment Tonight that she would "absolutely" be up for a sequel, the idea has taken flight! Director Adam Shankman has been tapped to direct and the sequel will premiere on Disney+.