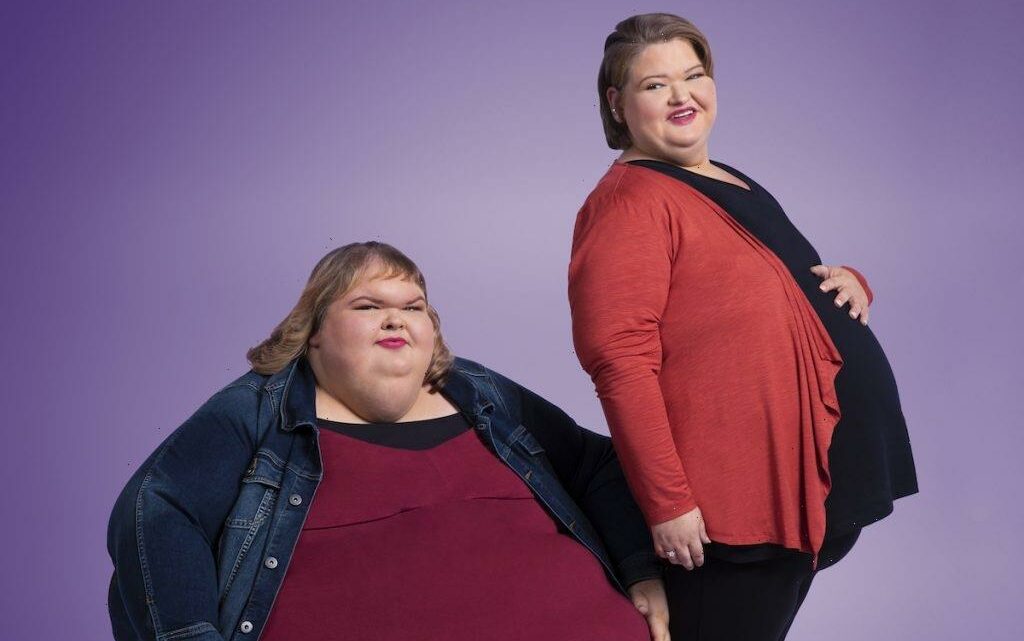 '1000-Lb Sisters': Tammy Slaton May Be Headed for Legal Trouble

Fans of 1000-lb Sisters know Amy and Tammy Slaton mostly for their boisterous personalities and hilarious comebacks. But now, it looks like Tammy may be in some hot water. When the tv show started gaining notoriety, Tammy sought to make money by selling some 1000-lb Sisters merchandise. But did she go about it the legal way?

It’s not uncommon for reality stars to come out with merchandise for their fans. Other TLC stars, like Big Ed Brown of 90 Day Fiancé, have done the same thing.

So, when Tammy partnered with a man named Quincy to sell the merchandise, no one thought anything of it at first. Tammy and Quincy would go live on social media a few times a week to promote the merchandise. But over time, fans realized that the artwork that Tammy and Quincy were using was stolen from other artists, like a designer named Ponychops, and the artists weren’t getting paid.

Quincy addressed the complaints and said that the artists actually didn’t want to be paid.

“Let me clarify everything, we just started the merch shop and we had our shop button and cart feature on there but since we can’t accept any cash payment because we aren’t verified for online retailing yet,” wrote Quincy in an Instagram story captured here. “Also another thing all people who make art work don’t ask to get paid but to simply get a follow or noticed by Tammy!!”

Several artists have since asked that their work not be used for Tammy and Quincy’s purposes.

“I wasn’t being unfair at all, just saying how my artwork is being passed off as someone else’s when I spent time doing it, and I’ve now been blocked yet my design is still up on your website, not really fair at all, all I wanted was credit for it, that’s all,” wrote one artist on Instagram.

Ponychops has also reportedly reached out to Quincy to get them to stop using her artwork, but was met with pushback.

“I don’t f**k with you,” Quincy wrote of Ponychops, according to SoapDirt. He continued, accusing her of being a clout chaser and starting all of this drama for views. He also blocked her on social media.

Could Tammy get into legal trouble before ‘1000-Lb Sisters’ season 3?

Tammy and Quincy’s merchandise store has already been shut down and Quincy and Tammy seem to no longer be on good terms. According to the outlet, Quincy went on Instagram Live threatening to “expose” Tammy but she joined the live and asked if they could talk in private.

“Then get off this live and talk to me stop acting like a child,” Tammy said.

Though the site is no longer online, Tammy could still get in trouble. Since she and Quincy seemingly used some of the artist’s work without their permission to make a profit, they could be in some hot water should any of the artists decide to sue.

As 1000-lb Sisters Season 3 is on the way, Amy and Tammy may be able to get a more legitimate merchandise shop started as more fans tune into the show.