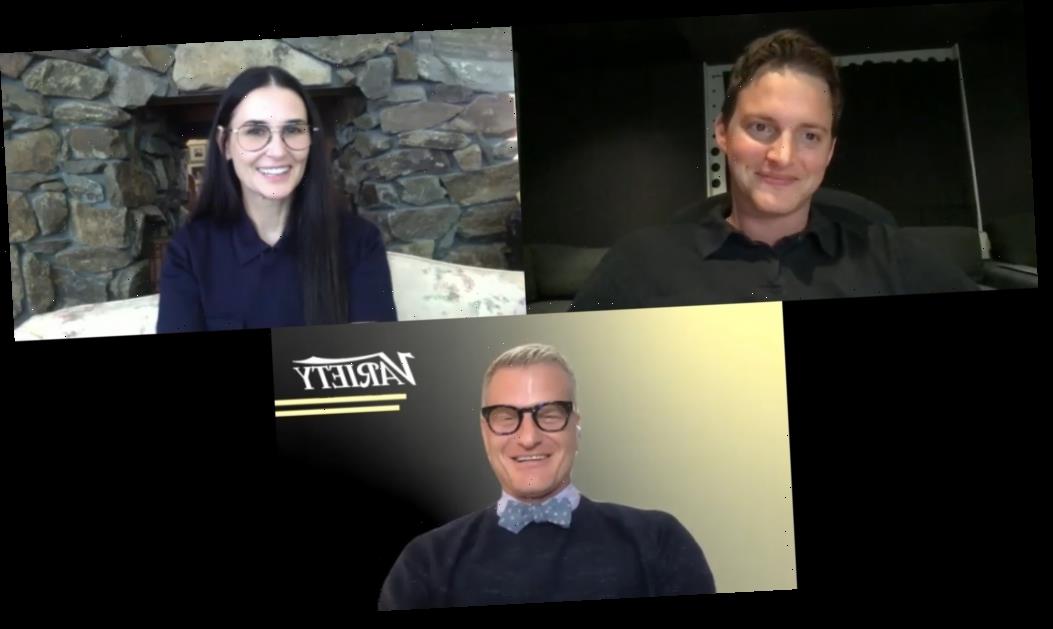 Entertainment professionals overseeing everything from streaming to podcasts and sports broadcasts took part in the virtual Variety Entertainment & Technology Summit presented by City National Bank on Wednesday and Thursday.

The summit’s focus covered the growth of online content consumption and technology’s role in helping entertainment companies survive the COVID-19 pandemic. Below are 10 takeaways pulled from some of the event’s conversations and panels.

Devin Griffin, general manager for BET, said that the network’s streaming site saw patterns in the type of content consumed by its users. Much of the traffic across the board seemed to indicate that shows and movies that tell familiar stories brought a sense of stability to audiences stuck at home.

“People are looking for comfort food,” said Griffin. “There’s so much uncertainty right now, obviously people can’t go outdoors, move around as freely as they would like to, and so the stories that we’re able to tell at BET and BET+ are really targeted towards people that want to see their lives, themselves depicted in new and exciting ways.”

Classic shows like “Martin” on BET brought in audiences at high levels, while content based around socially relevant topics also gained traction online.

Personalized Recommendations in Streaming are Here to Stay

Having a wide array of content is only step one for making a streaming site successful, Griffin continued. Machine learning helps make a site more accurate when offering up recommendations for what to watch next, facilitating the creation of a user-friendly environment.

“The thing that the Googles and the Facebooks of the world have exposed to us as consumers is that you have lots of choice,” Griffin said. “And then we as platforms need to work hard to bubble up and recommend the things that would fit your frame of mind, your mood at the right time.”

The Keynote Conversation with Matt Strauss, NBCUniversal’s direct-to-consumer and Peacock chairman, shed light on other consumer habits in streaming, as well.

In an online world inundated by a host of new streaming and on-demand platforms, many of which cost money, paying to have access to every site is becoming less and less practical.

“You’re starting to see the signs of what I would characterize as subscription fatigue,” Strauss said. “And consumers, based on some of the research that we did, we’re really looking for lower cost alternatives. I think that it’s only gotten increasingly more challenging in a COVID environment, where people are looking for these lower-cost alternatives.”

The result of this shift is a concept called “churn,” where companies are seeing that users are subscribing and then canceling their service subscriptions. Strauss said one way Peacock has fought churn is by providing a limited free tier for users to access, while two paid tiers exist for more access and the removal of ads.

Linear and Bundling Practices are Unlikely to Die Out”

Despite the shift to streaming platforms and the increase in households who have “cut the cord,” the linear format of television has also found benefits online, Strauss noted.

“The cable bundle actually caps into a behavior that I think a lot of people really do gravitate towards, which is convenience,” he said. “At its core … the benefit of television is to be entertained, and sometimes you don’t want to think about it.”

Peacock offers “channels” that stream specific shows or themes on a 24/7 schedule, which has been met with success. He said the SNL-focused channel, for instance, has performed well for the reason that people like to not have to make decision at all times.

Bundling, though something that the industry has shifted away from, is a relic that Strauss also suspects will make a comeback eventually. Giving consumers more for their money helps avoid the problems of churn and subscription fatigue.

COVID-19 Pushed an Increase in Co-Viewing

Panelists made an emphasis on family-based content and shows with wide appeal during the State of Entertainment Development and Production conversation. Because people are at home watching films and series on the couch, Peter Gal, the chief creative officer of Dreamworks Animation, said companies have shifted to meet the new demand.

“I think people being home … as much as they have been has just reminded people how much kids and family content matters,” Gal said. “Sometimes it’s not the sexiest thing you can put on your platform, but I think now that people are spending so much time with their kids, they’re reminded of how important it is to have stuff that is educational and wildly entertaining for kid, and also stuff that is sophisticated enough that they can sit down and watch as a family.”

In a conversation with actress Demi Moore and QCODE chief executive officer Rob Herting, the panelists and Variety‘s Marc Malkin discussed “Dirty Diana” and why podcasts allow for more experimentation than a traditional television series would.

“The stakes are a little bit lower in terms of just the financial ramifications, which gives you I think a little bit more creative freedom,” Moore said.

With less on the line, podcasting also offers audiences the ability to engage with stories on the go. But, of course, creators must find innovative ways to convey actions in auditory manners.

“I’m excited for the space to continue to evolve, and I anticipate more people jumping in,” Herting said. “I used to come home as an agent, and my eyes were sore from staring at screens. Audio in that way, I do think that there’s a lot of room for growth and for it to exist in people’s lives.”

Moore said that video conferencing technologies like Zoom have broadened the scope of what can be done with podcasts.

“It opened up possibilities to work with actors that we might not otherwise would have been able to,” she said. “And I think in going forward, I think it really opens up the landscape of possibilities for so many things.”

But podcast creators aren’t the only ones benefitting; bridging the gaps between distance is a useful function of Zoom that many facets of the entertainment industry have latched onto. Everything from cast and crew interviews to panels have become more widely accessible since they take place online and don’t require traveling.

“When you are working in your office in L.A. all the time, and you get an opportunity to do a panel like this, you can’t always do it because you’ve got to get across town,” said Tina Perry, president of OWN, during the State of Entertainment Development and Production panel. “The opportunity to participate … and to experience Zoom conversations with a lot of senior leaders, I’ve really enjoyed.

Perry and other panelists voiced their intent to plan ahead for future productions to be done under safety protocols for the ongoing pandemic. The future of the virus is currently up in the air, and industry projects will likely continue to involve constant PPE tests, social distancing and more as teams await concrete signs that working conditions could again be safe without the extra safety steps.

“I’m planning, at least into third quarter of next year, assuming that we’ll be shooting productions with COVID protocols,” Perry said. “I think until we hear from the doctors or from the government … you have to just assume this is the world we’re going to be in for some time.”

Sports are Embracing Pandemic-Based Tech Changes into the Future

The Future of the Connected Sports Fan panel covered ways that both COVID-19 and technology have led to a reimagining of sports entertainment. One critical shift has been to cut down on the amount of staff working during sporting events, both through robotic equipment and staffers willing to create graphics remotely.

Sara Zuckert, the NBA’s head of next generation telecasts said some of the changes will likely stick even after pandemic guidelines lift.

“More than half of our cameras now are robotic,” Zuckert said. “I think that a key learning for us is that these new technologies can really open up new perspectives, bringing our fans closer to the game and which I think will carry forward as well.”

A key ingredient to the success of sports viewership is the abundance of content available for fans to engage in outside of the actual broadcasts.

Children who play sports video games often know more about players on teams they don’t support than regular viewers due to their involvement in learning crucial game stats. Engaging fans outside of actual sporting events — through various technologies and apps — encourages them to become avid consumers for the teams they love, said NHL chief marketing officer Heidi Browning.

“Whether it’s a poll on Twitter, or an Instagram highlight battle, or a free-to-play game or full sports betting, people love having their stake in the game, if you will, which I think is amazing because it encourages more and more tune-in, and viewership, and engagement and conversation.”

Suggestions for a Better Big Picture