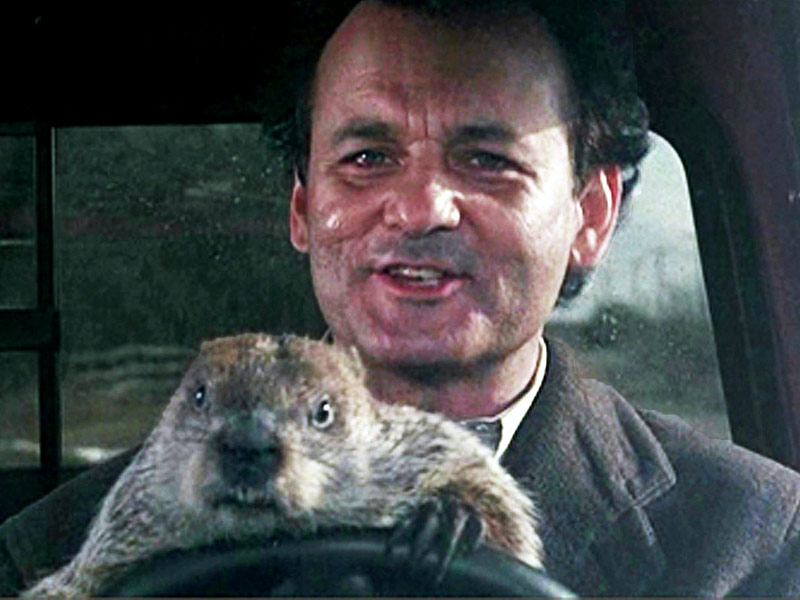 10 Life Lessons You Can Learn from Groundhog Day

This weekend, we celebrate a strange holiday that revolves around a magic rodent that can predict the future. More importantly for this conversation, however, is that the holiday is associated with a certain 1993 Bill Murray movie. Groundhog Day is considered one of the better comedies of the last few decades, and though it’s funny, it’s a deeper movie than you might imagine.

In celebration of Groundhog Day 2019 – for all we know, you guys have elaborate Groundhog Day party plans, because why not? – we’ve rounded up a few reasons why the movie has more to offer than just some awesome Bill Murray scenes.

1. Without consequences, nothing matters.

It’s maybe the most profound lesson that Groundhog Day offers, and it’s a good one to reflect on, even if it’s one of the most basic principles of being a well-adjusted human. Everything we do affects other people, and though it’s fun to imagine a universe where that weren’t the case, that’s not how it works. In the end, we’re defined by the effect we have on everyone else.

2. Got downtime? Make the most of it.

We’ve all been dumped, laid off or otherwise been made to sit around waiting. And while we can choose to mope, feeling low and unengaged actually provides us with a great opportunity to do stuff we might not otherwise. Among other things, Phil Connors (Bill Murray) uses his prison of time to learn French and master the piano. (He also kidnaps Punxsutawney Phil, but maybe not every pursuit he engages in is worth emulating.)

Again, Groundhog Day as life metaphor: Most of us have at some point been trapped in a situation where no matter what we did, we couldn’t extricate ourselves from some endless cycle of lameness. In the film, Phil’s attempts to bypass the situation altogether by offing himself don’t pan out; they don’t solve anything. The lesson is clear: Giving up doesn’t solve the problem.

4. And you need people in life – yes, even the Ned Ryersons.

At the beginning of the film, Murray’s character doesn’t exactly love other people. He goes through life brushing off anyone who tries to get in – even his lovely producer Rita (Andie MacDowell). But getting trapped in Punxsutawney forces Phil to get to know all the people he’d otherwise ignore. He comes around, even with the ones he especially doesn’t like, such as the famously annoying Ned (Stephen Tobolowsky). There’s reason to give everyone the time of day.

It’s a simple question but a good one: How would you act if there were nothing beyond today? What would you do if this were the last day you had to give everyone else something to remember you by? It takes Murray’s character a bit to come up with the right answer to these questions, but he does eventually get there.

6. Ignore the rules that don’t matter.

That’s not to say that you should spend your own personal Groundhog Day living like a goodie two-shoes. Part of the “last day on earth” magic is that it gives you a chance to think really hard about the things you’ve done every other day – and then discard the stuff that’s dumb.

7. Tell people they’re important to you.

As far as Murray’s character goes, one of his major journeys is realizing what a great person he has in Rita. And for him, the biggest obstacle in coming to this realization is speaking it out loud and admitting that he’d be better off with her in his life. That’s one of the hardest things any human being has ever had to do.

There are few other examples of a character in a film eating with such enthusiasm.

9. Setting your alarm clock to a radio station is the worst idea.

You may not get “I’ve Got You Babe,” but the odds you’d get something nearly as annoying are pretty good. It makes an iPhone alarm tone seem downright soothing. And yeah, that alarm clock got what was coming to it.

10. At the end of the day, Groundhog Day is a strange holiday.

Sure, Murray’s character comes around to the warm fuzzies at the end, but in his grumbling, he might just tip you off about the silliness of Groundhog Day. With no disrespect to the people of Punxsutawney, Pennsylvania, does it seem strange to you that we put faith in a rodent to predict when Spring will get here? Especially if Punxsutawney Phil is wrong more often than not? According to a recent USA Today piece, since 1988, the groundhog in question has been about as accurate as flipping a coin would be. What a weird holiday.

Pete Davidson, 25, Happily Surprised That Kate Beckinsale, 45, Into Having A ‘Flirty’ Relationship With Him