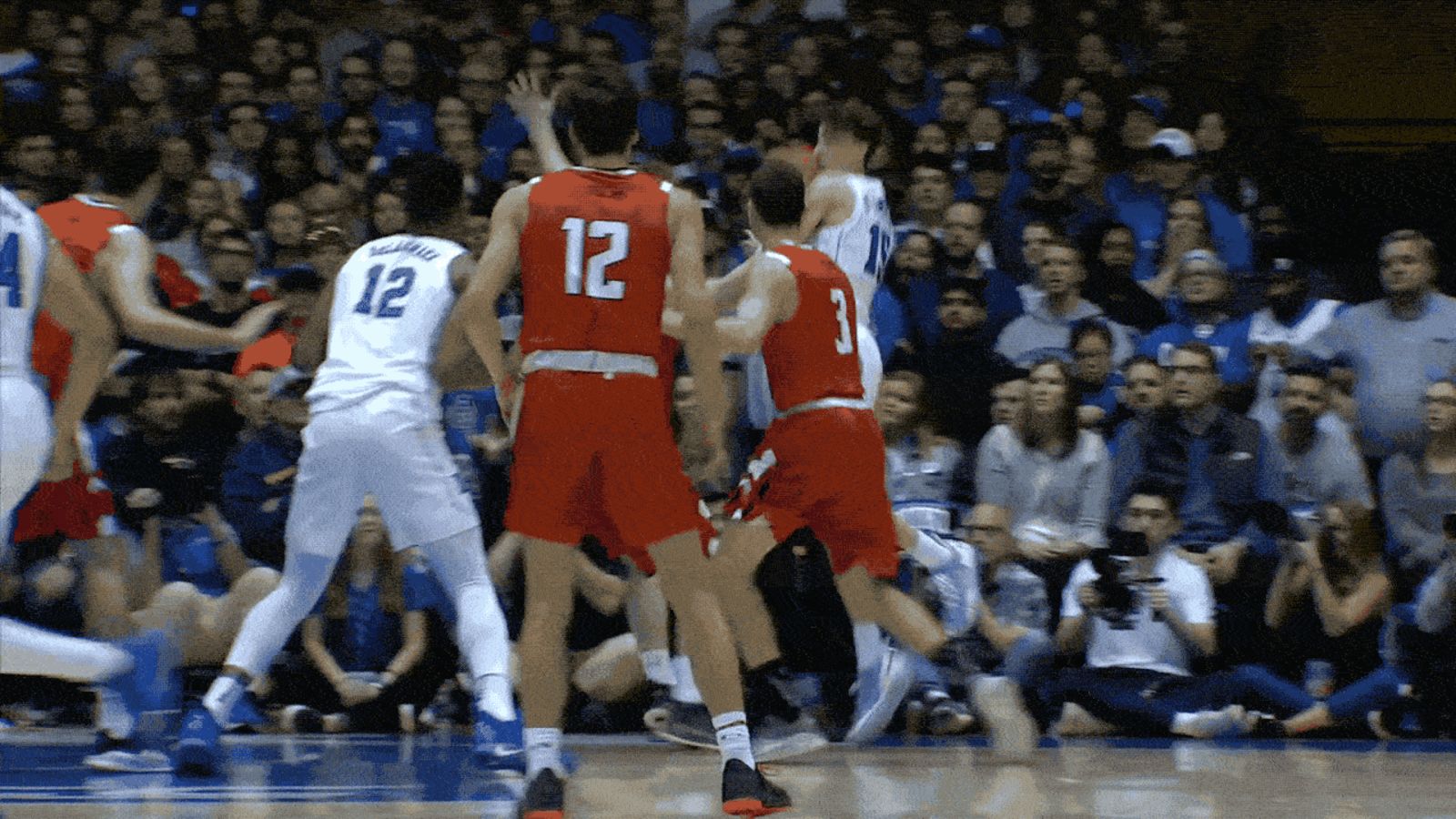 Zion Williamson had 18 and 12 and Duke won 84-54 on Wednesday night—which would have been impressive if they hadn’t been playing the Hartford Hawks (apparently a real college basketball team and not, like, a D-League franchise). As per usual, there were powerful, highlight-reel dunks from the Blue Devils’ mighty freshmen, like this off-the-backboard fast-break alley-oop from Williamson to R.J. Barrett.

But much more extraordinary than any bone-rattling slams was a pair of screw-ups from Williamson when he rose above the rim. The first blown dunk came when he tried to stuff it home after a pass from Alex O’Connell, and ended up getting stuffed himself.

On the follow-up miscue, this one in the second half, Williamson spun in the paint and then played it safe and used both hands for the attempt. Still, he had no luck, as the ball refused to go down.

“I don’t know what was going on with me,” Williamson said. “I’ve never missed dunks like that, not even messing around. It gets very frustrating. But I can’t play for myself.”

It may be frustrating for Williamson, but this is very reassuring to me. This sign of weakness shows that Williamson’s eventual ascension to a worldwide throne as humanity’s god-king is merely a probability, not an inevitability.