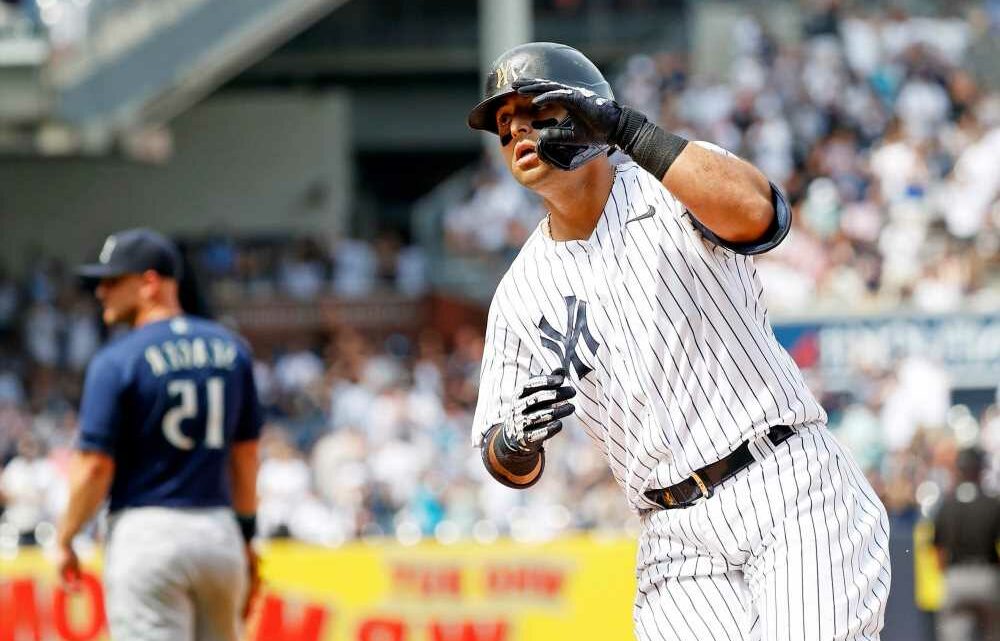 US baseball loses heartbreaker to Japan in gold medal game

Bet against the Yankees in this one

As they try to stage a big resurgence, the Yankees are beginning to use daily comebacks to climb back into playoff position.

Their latest came Saturday in The Bronx, where they overcame a three-run deficit to beat the Mariners 5-4 for their fifth straight win — including four straight come-from-behind victories.

The Yankees (61-49) clinched the series win over the Mariners (58-54) — who had arrived in The Bronx on Thursday just one game behind the Bombers in the AL wild-card standings — using late rallies each time. Joey Gallo and Brett Gardner delivered the winning hits in the first two games before the Yankees used a less dramatic approach — with some help from the Mariners — to complete their comeback Saturday.

With their 31st comeback win of the season, the Yankees inched closer to the final playoff spot in the American League, getting within one game of the Athletics (who played Saturday afternoon against the Rangers) for the final wild-card spot.

After Aroldis Chapman landed on the injured list before the game with left elbow inflammation, Jonathan Loaisiga recorded the save with a perfect ninth inning.

The Yankees entered the sixth inning trailing 4-1, then made their move.

Giancarlo Stanton started the rally with his second single of the day before Rougned Odor went down to one knee to hook a two-run home run to the short porch in right field. The 328-foot homer (which Stacast said had an expected batting average of .030) knocked former Met Chris Flexen out of the game.

Friday’s hero, Brett Gardner, flew out for the first out, but the Mariners to serve up a gift on the next at-bat. Gleyber Torres pinch-hit for Tyler Wade and hit an innocent fly ball to right field. Mitch Haniger stumbled while trying to backtrack on the dirt and failed to catch the ball as Torres reached third on the error.

Kyle Higashioka, who left seven men on base Friday night in an 0-for-5 effort, pinch-hit for Rob Brantly and smoked a ground-rule double to left field to tie the score 4-4.

After DJ LeMahieu singled to put runners on the corners, he used some heads-up baserunning to put the Yankees ahead. Anthony Rizzo hit a grounder to first base, where Ty France stepped on the bag and went to turn a double play. But LeMahieu got into a pickle, allowing Higashioka to score from third for the 5-4 lead.

With the lead in hand, Clay Holmes struck out the side — all of them looking — on 11 pitches in the seventh inning. He then got the first out of the eighth before fellow trade-deadline acquisition Joely Rodriguez entered to finish the scoreless frame.

After Andrew Heaney gave up four home runs in four innings in his Yankees debut Monday, he got tagged for four runs through two innings Saturday — including another homer — before settling in. He narrowly avoided a grand slam in the second inning that would have given the Mariners a 7-1 lead, and instead lasted six innings on 109 pitches.

Heaney’s rebound saved a bullpen that used nine relievers to get through Friday’s bullpen game.

Alvin Kamara among players who will score fewer TDs in 2021