Home » Sport » Yankees look old and broken down, and it has to stop 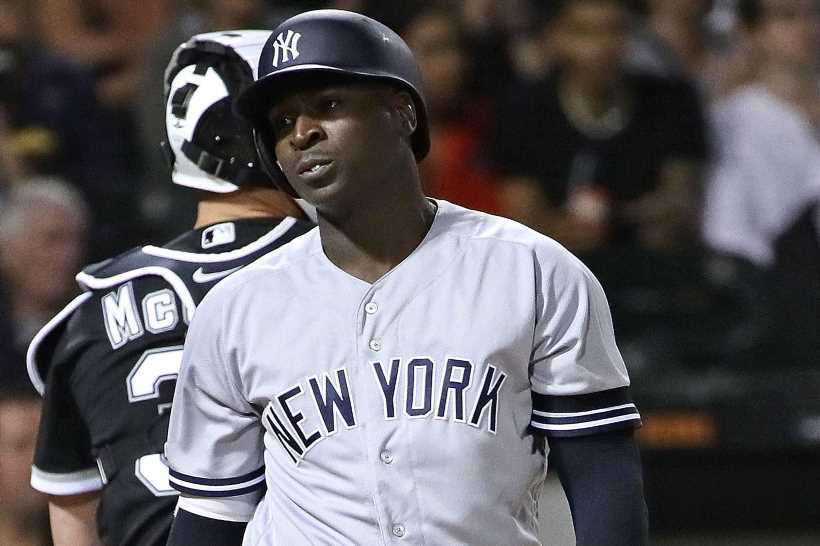 Yankees look old and broken down, and it has to stop

Remember when we used to say that all the time about this club, even as it slogged its way to championships or at least division titles?

The great sell-off of 2016, which begat the Baby Bombers, made way for a new, exciting era which nevertheless so far has not reaped any division titles — let alone championships. And Friday night at Guaranteed Rate Field (worst ballpark name ever), the upstart White Sox made the Yankees look like groggy old men once more.

The final score turned into a 10-2 White Sox whupping, the Yankees’ third straight loss and eighth in 11 games as they fell a half-game behind the Rays (who thumped the Angels, 9-4) in the American League East.

“We just haven’t played as well,” Brett Gardner said. “Defensively, we’ve made some mistakes. Offensively, [we] haven’t been able to expand like we need to, string together good at-bats. I’m just disappointed.”

The pitching has been no great shakes, either, and Friday’s matchup stood out as especially symbolic: CC Sabathia, in his third attempt at nabbing career win number 250, fell woefully short to rising White Sox stud Lucas Giolito, who surrendered Luke Voit’s solo homer in the first inning and then shut down the Yankees into the seventh. Sabathia, meanwhile, took that 1-0 lead from Voit and handed it back in a four-run, nine-batter bottom of the first.

The problem, Sabathia explained, was a cutter that called in sick, and it was to the big lefty’s credit that he somehow made it through four innings, giving up six runs (five earned) and ensuring the relief corps wouldn’t get destroyed in anticipation of Saturday’s bullpen game (weather permitting).

Sabathia wasn’t the only problem, however, just as he doesn’t rank as the only headache in a starting rotation that has suddenly gone missing in action. Gio Urshela and Gleyber Torres each committed an error, each leading to a run. Even after getting Giolito out of the game with no outs in the seventh, the Yankees could manage just one more run, going 1-for-9 with runners in scoring position against the White Sox’s relievers.

The Baby Bombers proved no match for the Cherubic Chisox. In addition to Giolito, whom the White Sox acquired from the Nationals in return for Adam Eaton, outfielder Eloy Jimenez, who crossed town from the Cubs in the 2017 Jose Quintana trade, slammed a pair of homers.

The highest display of Yankees energy occurred in the third, when Giolito’s first pitch to Voit (after the homer two innings prior) went high and tight.

Since the Yankees aren’t actually that old with the exception of Sabathia and his fellow de facto co-captain Gardner, it’s fair to keep wondering whether the Yankees, having moved so many mountains to overcome an injury epidemic, feel the delayed strain of that effort.

“No, it’s just a long season,” Sabathia said. “We’ve had a bad 10 days. This team is very capable of getting back to where we were. I think we’ll be fine.”

Optimists can bank on the near-imminent returns of Aaron Judge and Giancarlo Stanton from the injured list, assuming no setbacks occur, with both behemoths currently rehabilitating for Triple-A Scranton/Wilkes-Barre at Durham. This team requires an infusion of some sort, and if the changing of the trade rules aren’t going to expedite the pace of transactions, which stands as the early read, then more offense must do the trick. Especially more offense from the elite likes of Judge and Stanton.

“It’s inevitable you’re going to hit a patch,” Aaron Boone said. “We’ve got to play better, there’s no question about it. You can’t be fazed by the ups and downs that inevitably come with the season and we won’t be.”

It’s time for these Yankees to get off the mat. To stop looking so old and rickety and fight once more. To stop making these White Sox, impressive yet raw, look like the 1927 Yankees.