Home » Sport » Yankees close to getting J.A. Happ back 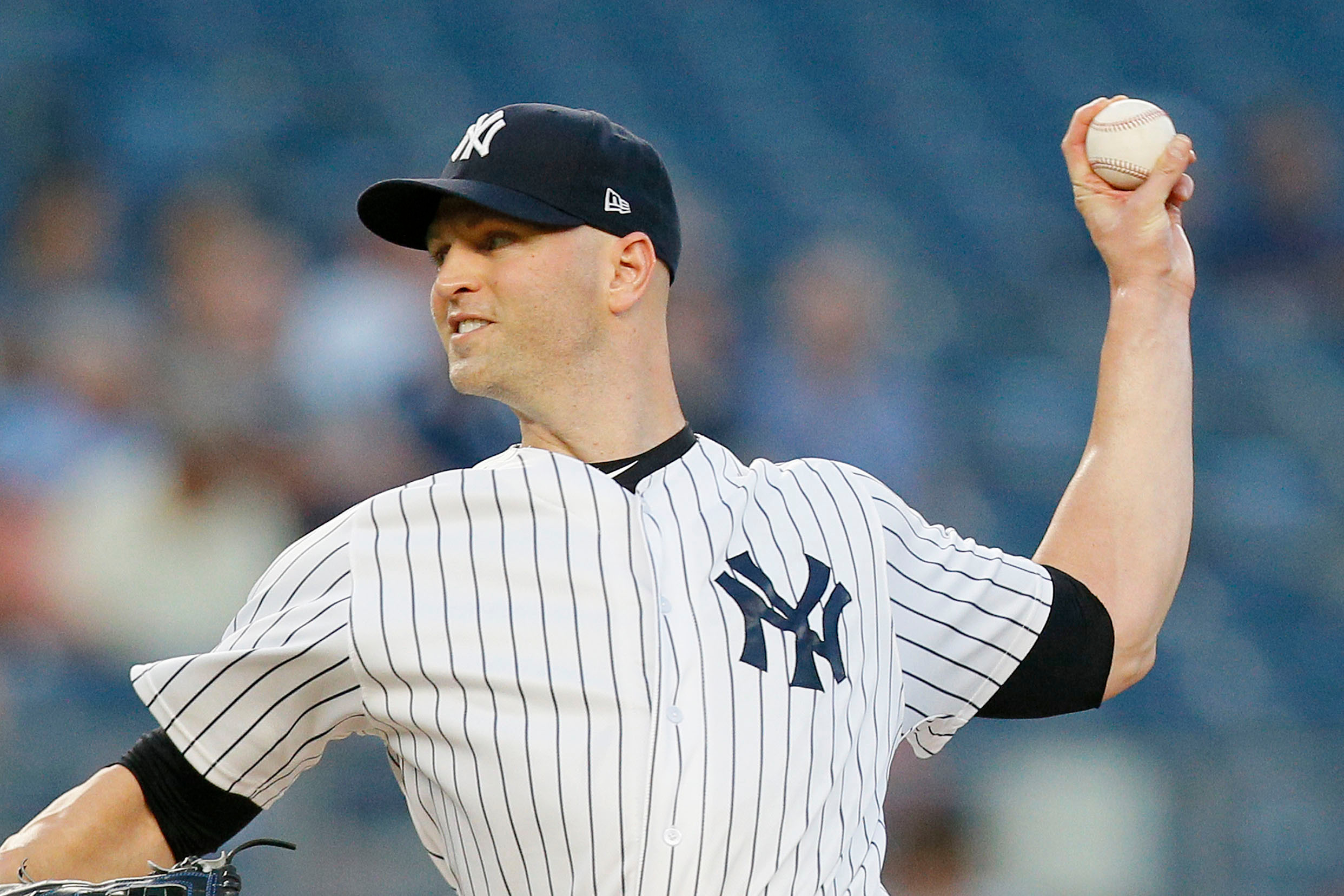 Yankees close to getting J.A. Happ back

LAS VEGAS — Time always tells so the Yankees’ decision not to offer a sixth year to Patrick Corbin and moving closer to retaining J.A. Happ can’t be evaluated just yet.

Those choices can be debated and analyzed in December as they were at the winter meetings on Wednesday at the Mandalay Bay Hotel and Resort, after the Yankees inched closer to retaining the 36-year-old Happ.

If the deal is finalized with Happ, general manager Brian Cashman’s offseason goal of adding two starters to the rotation will be met and likely means the Yankees won’t be getting starters Corey Kluber or Trevor Bauer from the Indians in a trade.

If Happ returns, the Yankees won’t pursue Japanese lefty Yusei Kikuchi as a starter. They could view him as a reliever who would serve as a sixth starter and provide insurance against an injury in the rotation.

Adding lefty James Paxton and Happ would fill out a rotation that houses Luis Severino, Masahiro Tanaka and CC Sabathia.

When the rotation is complete, Cashman can work toward reaching two other offseason goals: find two relievers and somebody to play shortstop until Didi Gregorius returns from Tommy John surgery on his right (throwing) elbow. Exactly when Gregorius will come back hasn’t been determined.

Obviously, Happ is a better deal from a financial standpoint because it will be for fewer years and dollars than Corbin’s jaw-dropping six-year deal for $140 million with the Nationals.

The Post’s Joel Sherman reported the Yankees and Happ are near the finish line, with a good chance of an announcement Thursday. Happ would get two years with a third-year option.

Beyond the terms, Happ has some things going for him that Corbin didn’t: experience and success in the rugged AL East, and the fact he made 11 starts for the Yankees this past season, when he was acquired from the Blue Jays in late July for infielder Brandon Drury and outfielder Billy McKinney.

Happ went 7-0 with a 2.69 ERA in 11 starts before pitching poorly in a Game 1 loss in the ALDS against eventual World Series champion Boston. In two-plus innings, the Red Sox spanked Happ for five runs and four hits, which included a three-run homer in the first inning by J.D. Martinez.

Happ was a combined 17-6 with a 3.65 ERA in 31 starts for the Blue Jays and Yankees this past season when he was a first-time All-Star.

As for the bullpen vacancies, there is a little more depth in the free-agent market than there is for starters.

On the day agent Scott Boras said the Yankees haven’t informed him they are out on Bryce Harper despite Cashman saying there is no room for another outfielder, Manny Machado’s name continued to be linked with the Yankees, who haven’t publicly ruled him out.

However, if the 26-year-old Machado becomes a Yankee, it’s very possible he won’t get the $300 million-plus deal he reportedly is seeking.