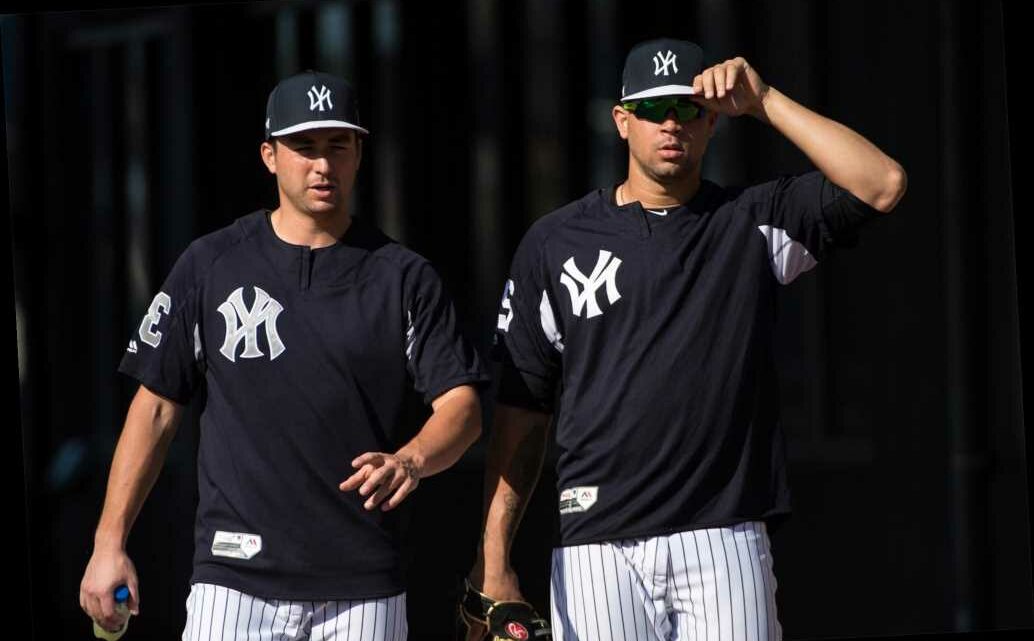 How MLB’s reclassification of the Negro Leagues affects record book

Yankees bring back pitcher for another go-around

Whenever the 2021 season begins, it appears Gary Sanchez will be the Yankees’ starting catcher — despite his woeful results this past season and being benched for much of the playoffs.

“Going into spring training, I would think he would be the heir apparent,” general manager Brian Cashman said on a Zoom call Wednesday.

The Yankees made that decision pretty clear when they tendered Sanchez a contract, which guarantees he’ll make about $5 million next year.

But Cashman also said Kyle Higashioka has “a chance to compete to be an everyday guy” and that he’s received plenty of calls about the backup backstop but has no plans of moving him.

As for Sanchez, Cashman is confident his struggles — particularly from last season — were temporary and in part a product of a shortened and unusual season.

“Even though the season ended the way it did [with Sanchez starting just two of seven playoff games], I think Aaron Boone had to make his decision based on how Gary was playing and what he was representing at the time, which wasn’t, we believe, the true version of Gary Sanchez. If that was the true version, I don’t believe we would have tendered him a contract.”

Last season’s rocky performance is hardly a distant memory, though, and it led Sanchez to decide to play winter ball in the Dominican Republic, where he’s working on adjustments he’s made with hitting coach Marcus Thames this offseason in Tampa.

“We’re gonna certainly bet on him returning to form, the All-Star caliber player he was prior to the 2020 season,’’ Cashman said. “I know some people might take that as an excuse, but I think we’re just making what we believe is a safe bet.”

Still, Cashman said Sanchez would “have to prove 2020 was an aberration.”

He’s encouraged Sanchez took it upon himself to get more work during the offseason.

Typically, everyday players are prohibited from playing winter ball if they played a full season, but that rule doesn’t apply to this year because of the COVID-shortened season.

Sanchez discussed it with the Yankees, and Cashman said, “I don’t have a problem with it.”

“When the dust settles, hopefully he gets out of winter ball experience some feel-good from it and a snapback to what we’re used to seeing, which is a prolific hitter … and continuing his defensive work,’’ Cashman said.