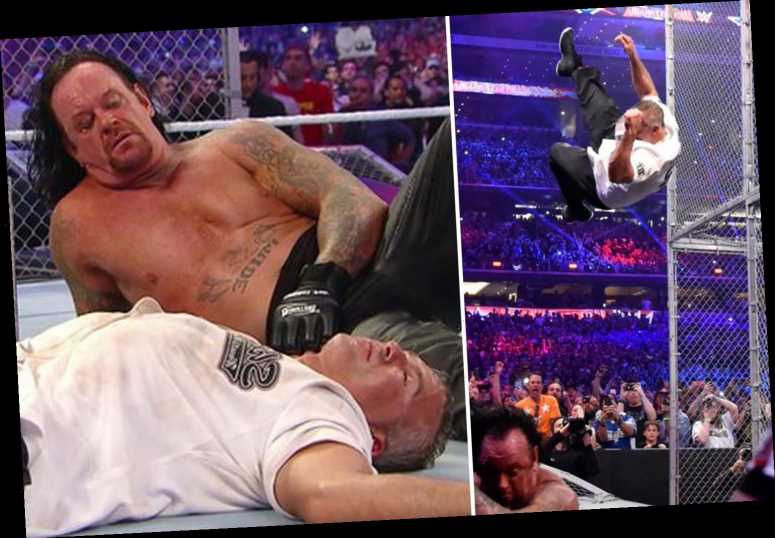 SHANE MCMAHON has revealed he suffered a “blown out belly button” after leaping from the Hell in a Cell roof at WrestleMania 32 against The Undertaker.

The 50-year-old made his return to his billionaire father Vince McMahon's company in 2016 following a seven-year absence. 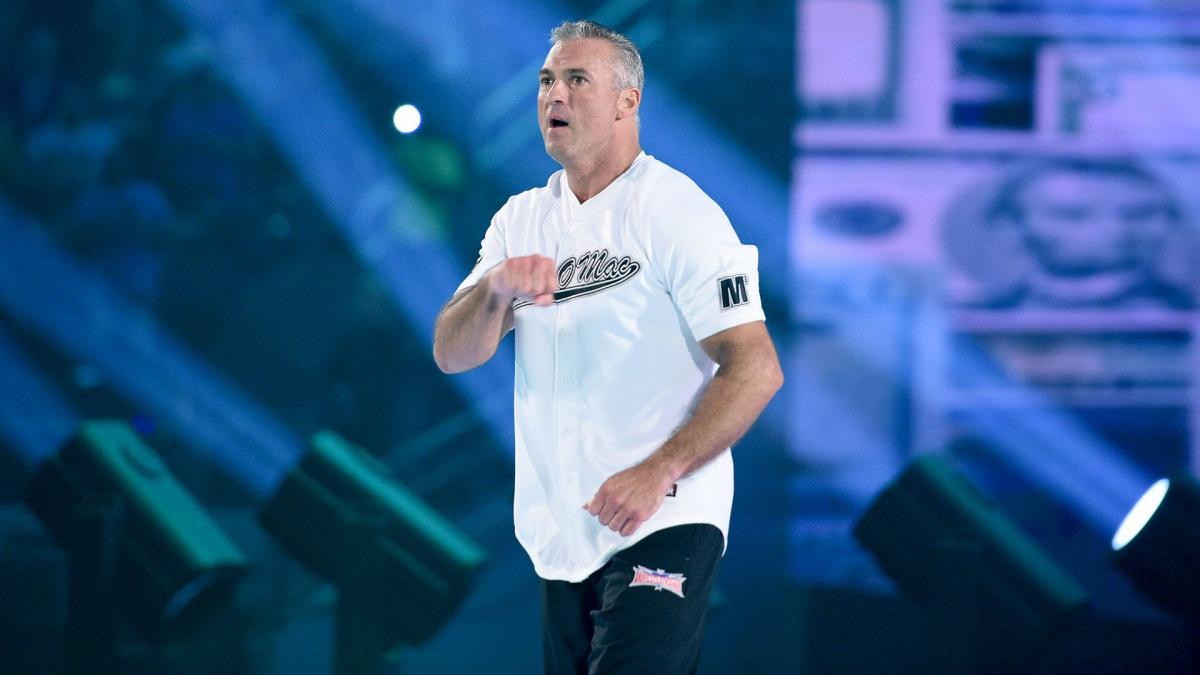 A longing to perform in front of his three kids live for the first time led to a comeback against the legendary Dead Man.

And despite his first match in nearly a decade coming inside the dastardly and unforgiving steel structure, McMahon was determined to reproduce his daredevil antics from his past.

That led to him attempting to hit the Phenom with a flying elbow from 20ft from on top of the cage only for Taker to avoid it as McMahon crashed through the commentary table at ringside.

The collision caused gasps and horror for all of those watching, and now the man himself has lifted the lid on the full damage he suffered from the move as he admitted Undertaker was dead against it from the start. 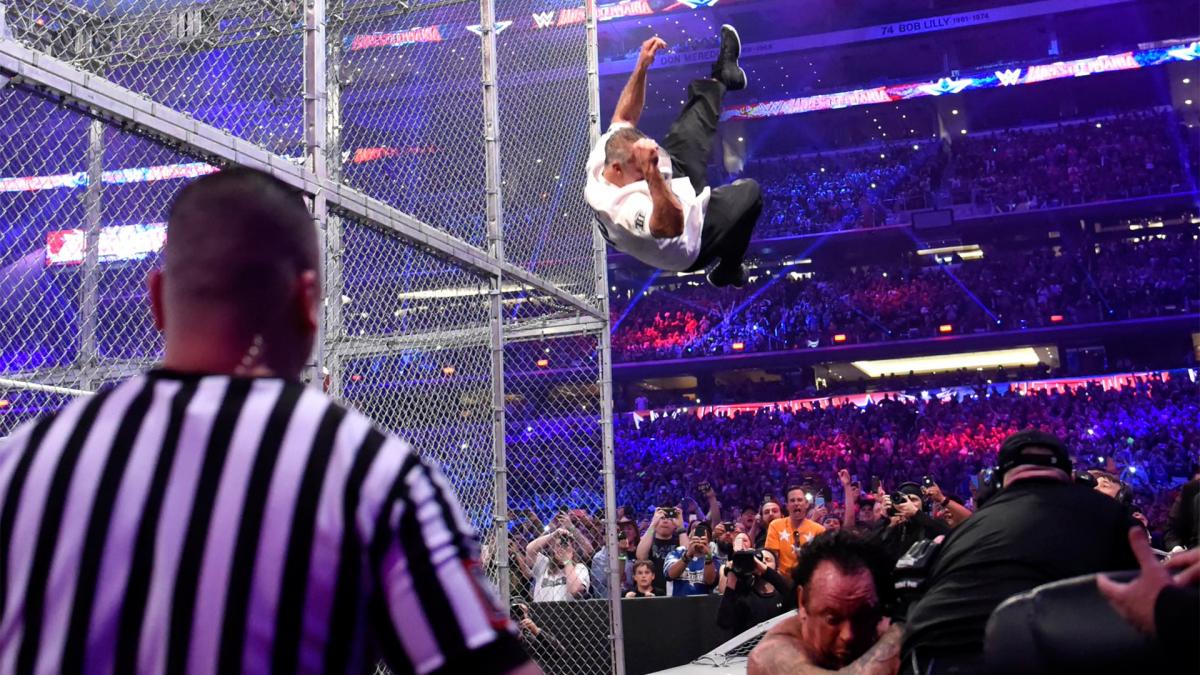 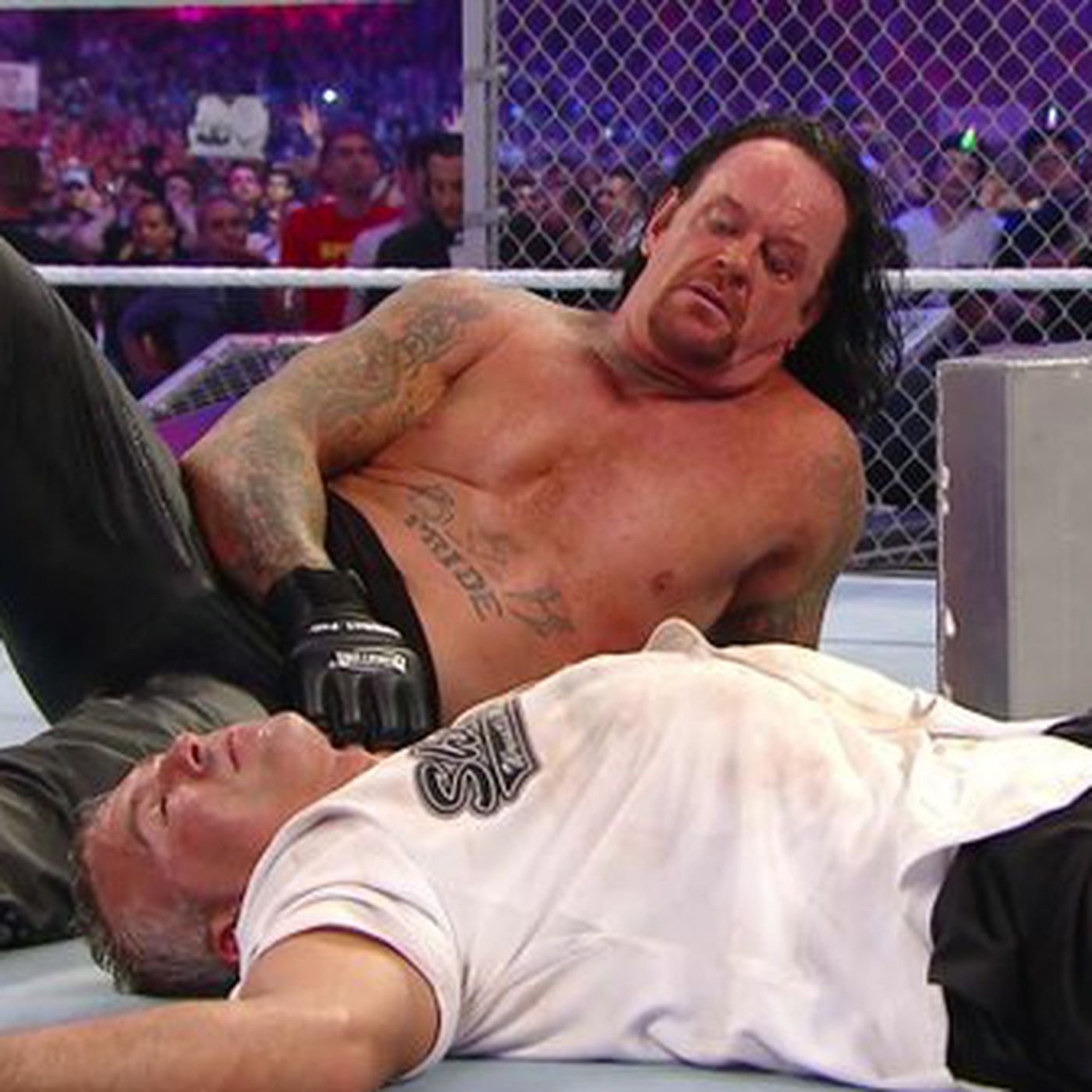 Speaking to ESPN about the Phenom in May, McMahon said: “He was not a proponent of me jumping off the cage.

“Not taking anything away from Mick Foley, but this was the new Hell in a Cell. This was bigger, substantially higher.

“Mark would say there were other things we could do, different iterations. But I told him no. This is what the story needs. It was David vs. Goliath, and you’re expecting David is just going to be killed.

“In that match, I had exhausted everything in my toolbox to try and win. This is what WrestleMania needs.”

He continued: “I blew my belly button out — an umbilical hernia — because I hit so hard [on impact].

“I didn’t expect that force to be that hard. But oh my god, it was.

“We knew we had it all the way through the match, just based on the reaction. He was happy with it when it was over.”