Home » Sport » WWE SmackDown results: Asuka beats down Becky Lynch and Charlotte… but can she do it at TLC? 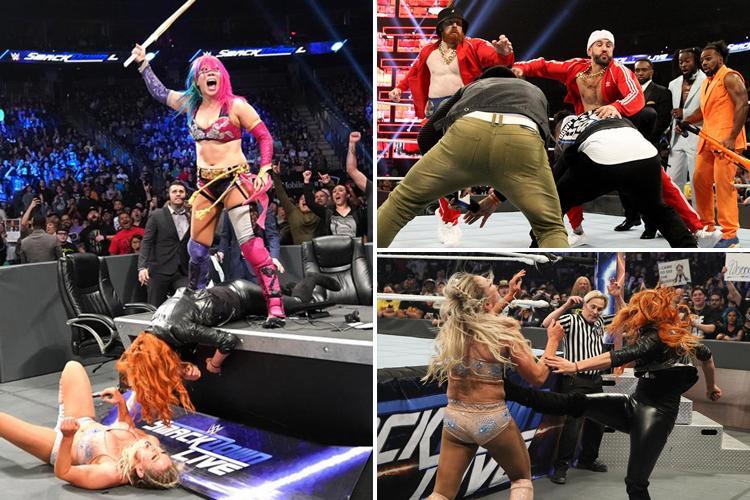 WWE SmackDown results: Asuka beats down Becky Lynch and Charlotte… but can she do it at TLC? 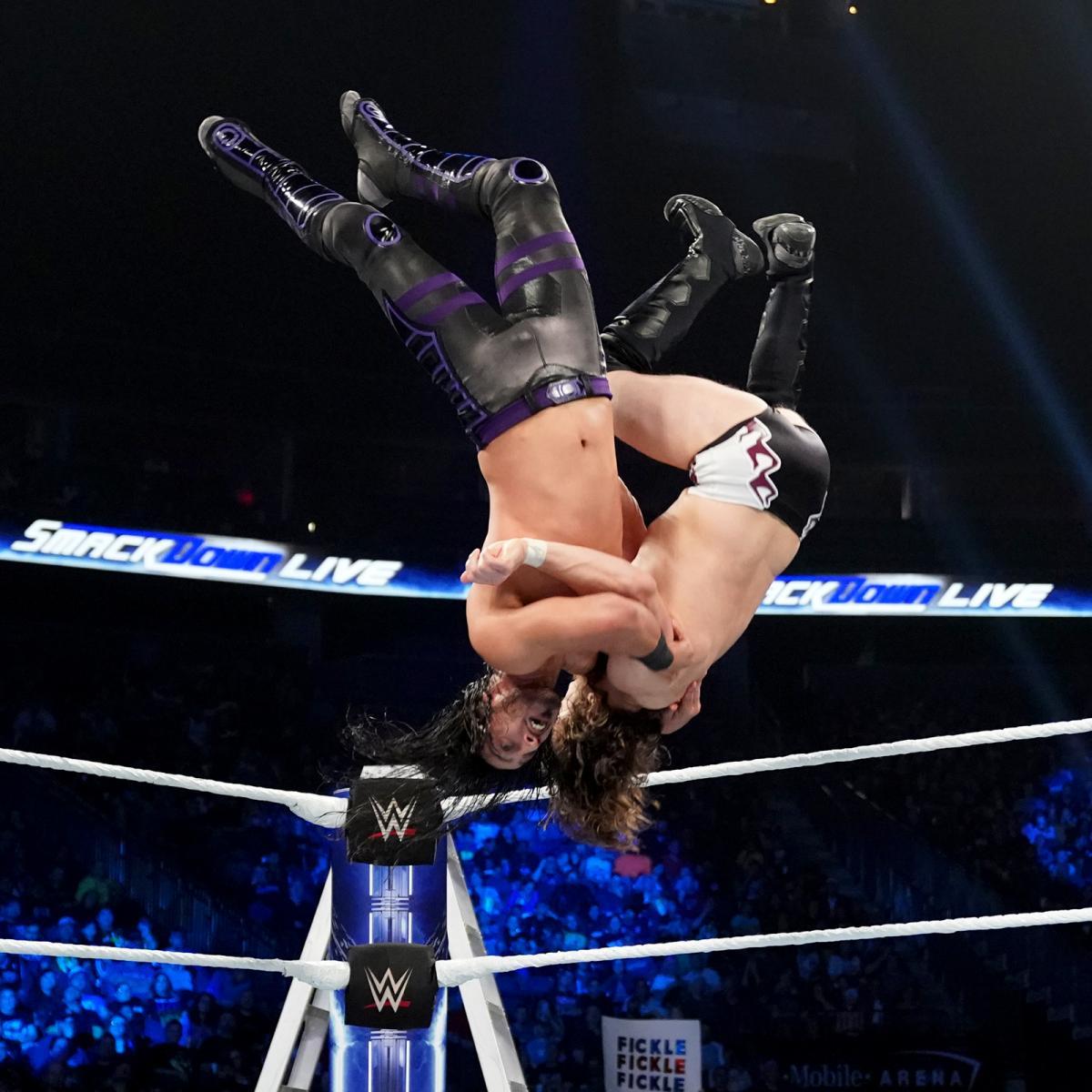 Here are five things we learnt from the blue brand last night.

WWE champ Daniel Bryan opened the show with another leftie promo, calling the fans parasites for destroying the world with their endless consumption.

His opponent Mustafa Ali – who’s been promoted from 205 Live – interrupted.

But Bryan tried to make friends with him and get out their upcoming match.

When Ali rejected Bryan’s offer to call off the match, Bryan asked Ali what car he drove, to which Ali replied a gas-guzzling SUV. 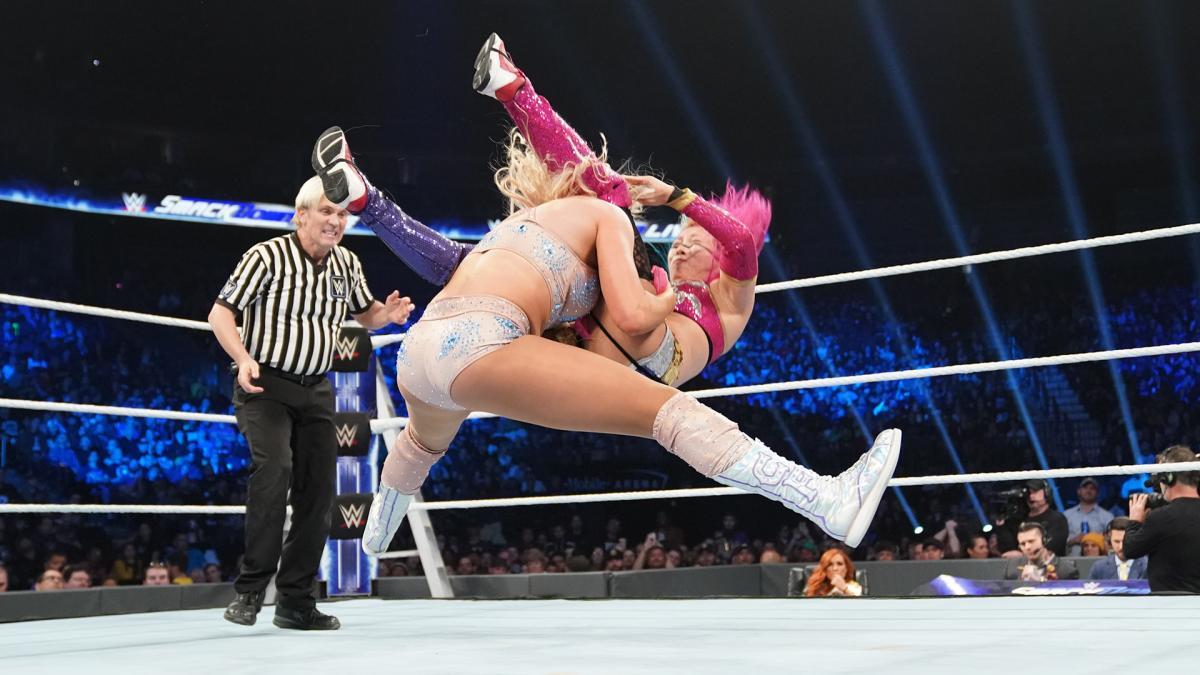 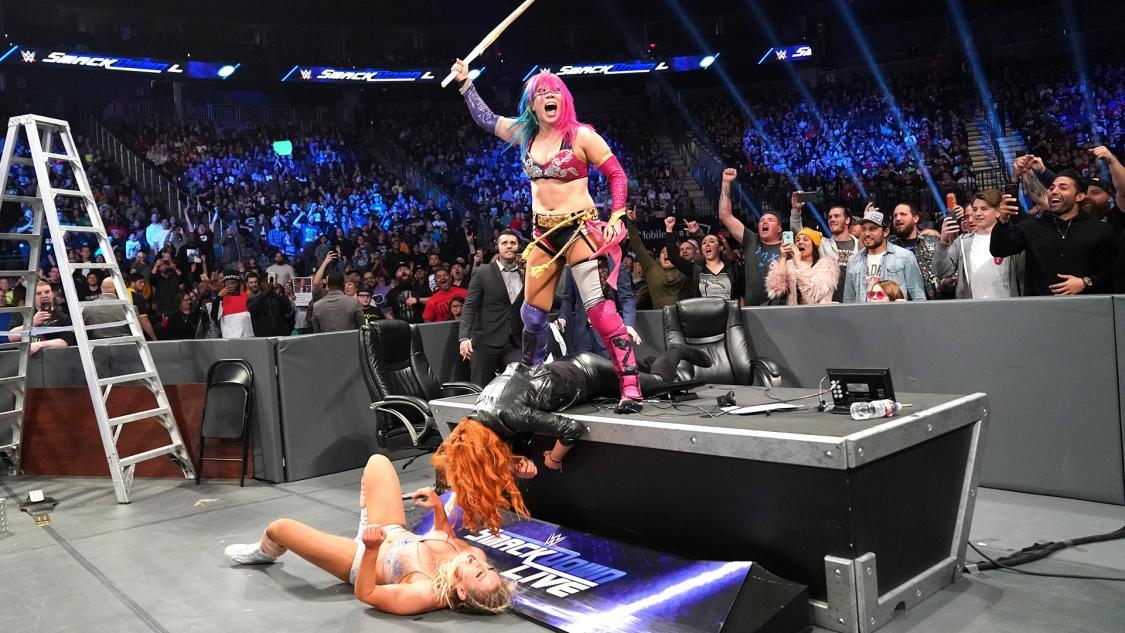 Bryan – who would presumably prefer we all travel by bicycle or electric cars – rocked Ali with two hard slaps.

Ali surprised Bryan by fighting back and hitting him with a cannonball from the top rope to the outside. But after the bell, Ali’s momentum was short-lived.

He hit a Spanish fly but missed a 054 splash (while fans chanted “SUV”, amusingly) and Bryan locked in the heel hook for the win. Bryan then assaulted him after the match.

It felt like an opportunity to get Ali over (and credit to Bryan acknowledging him as the “heart and soul of 205 Live”) but ultimately Ali was fodder for the New Daniel Bryan’s heel antics. 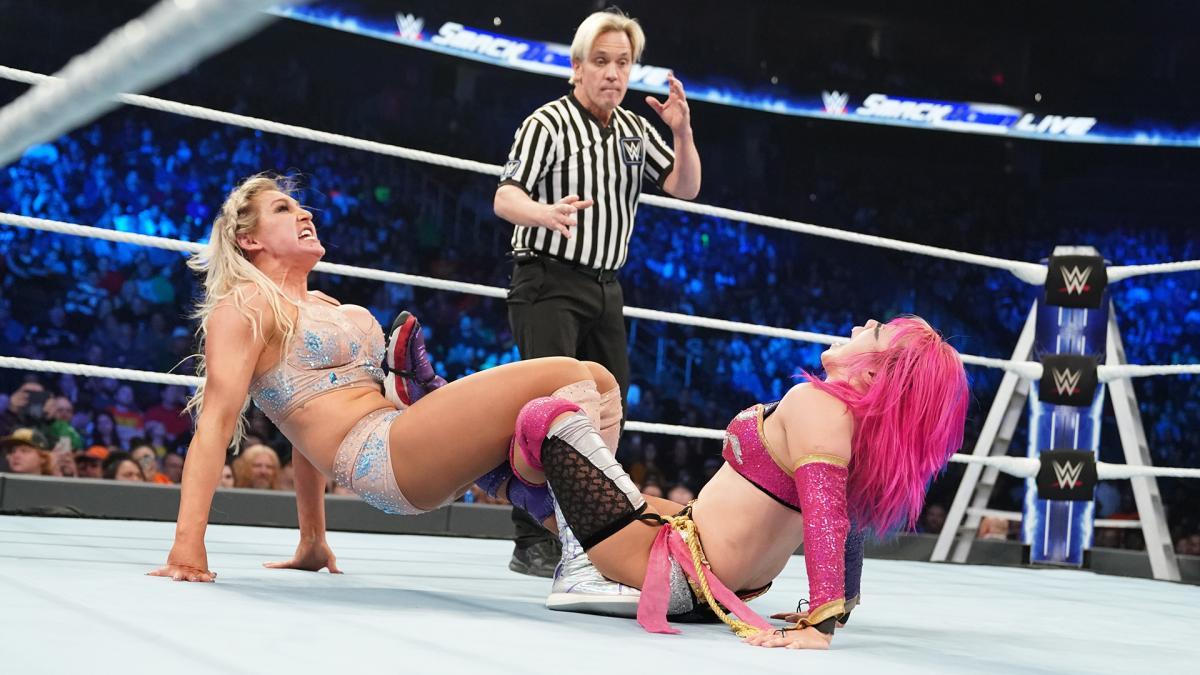 The Empress reigns supreme over ‘The Queen’ and ‘The Man’

With Becky Lynch defending her title against both Asuka and Charlotte Flair in a TLC match this Sunday, “The Empress” and “The Queen” faced off in singles action.

While Becky watched on from the announce desk, Charlotte couldn’t put Asuka away – so the frustrated Queen resorted to nailing Asuka with a kendo stick.

The referee called for a DQ as Charlotte continued to pummel Asuka and then turned the stick onto Becky.

“The Man” hit back at Charlotte but Asuka grabbed the kendo stick and laid out both Becky and Charlotte. She then stood on the announce desk in victory.

But can she do the same with the title on the line at TLC? 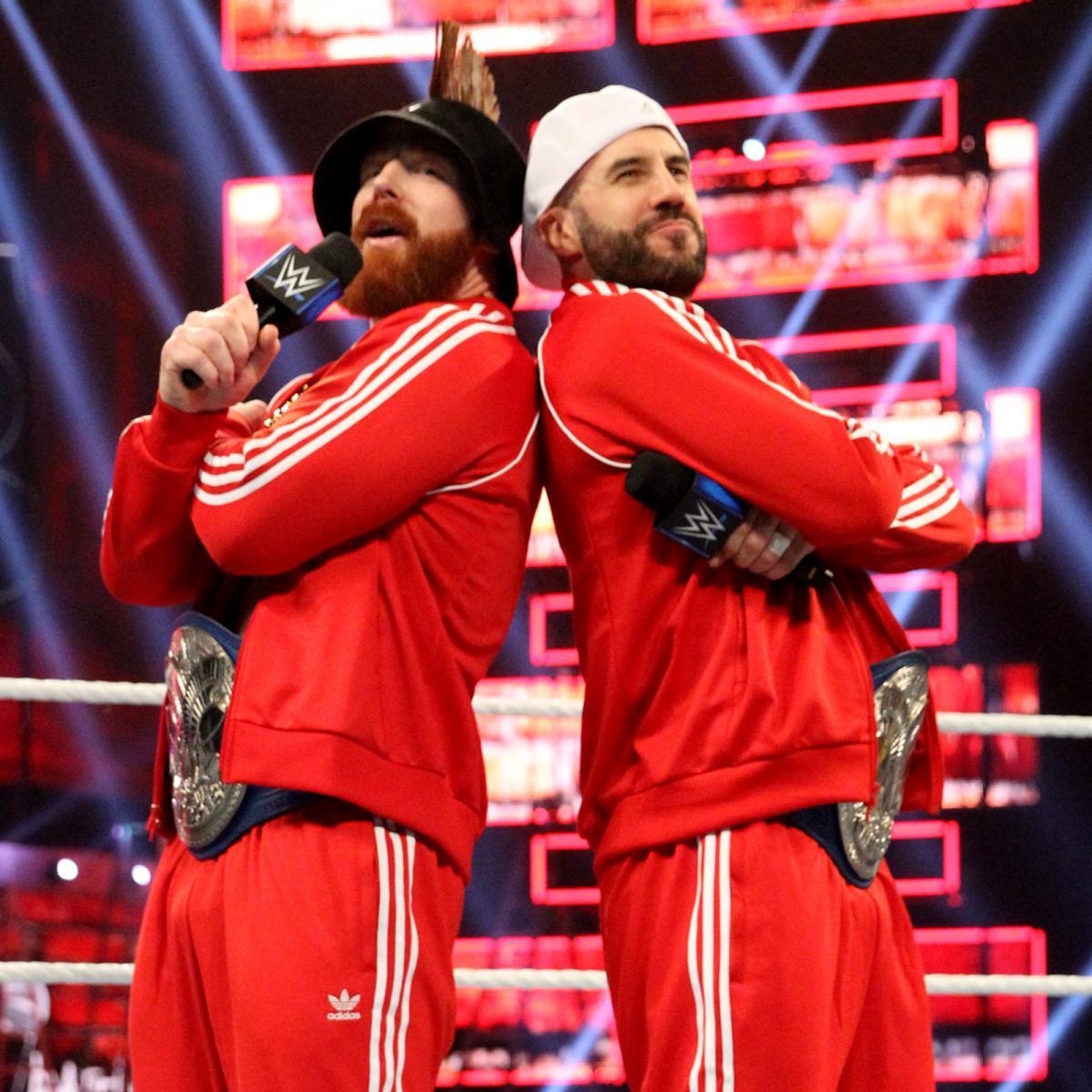 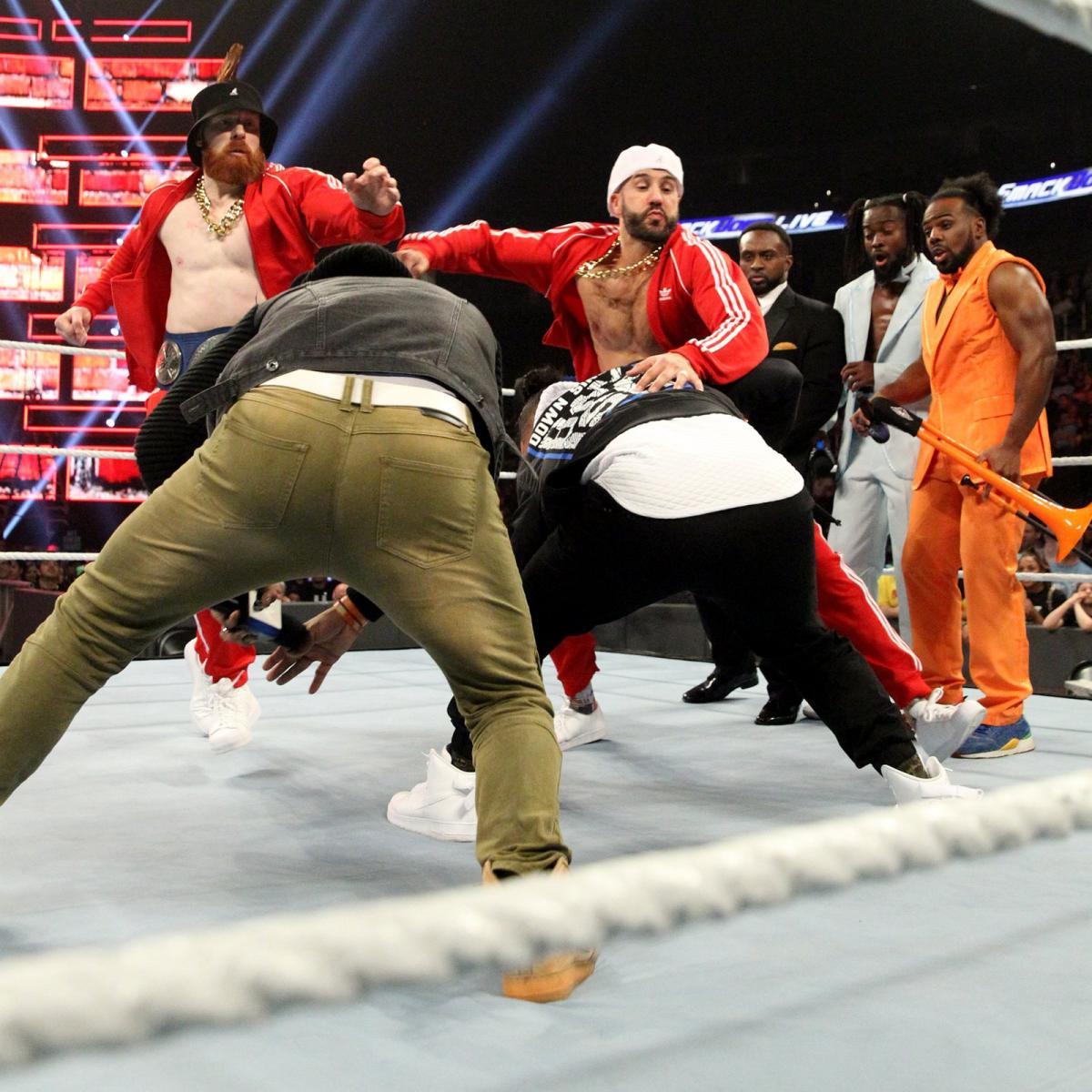 Sheamus and Cesaro can’t rap (but they sure can fight)

The New Day hosted a rap battle between tag champs Sheamus and Cesaro and The Usos, ahead of their tag team triple threat at TLC.

The Bar did a hilarious rendition of “Ice, Ice Sheamy”  while The Usos fired back with some genuinely impressive rhymes that mocked Sheamus’ pasty white skin and Cesaro’s smashed-out teeth.

Predictably it ended in chaos when The Bar attacked The Usos mid-rhyme.

The Usos sent Sheamus and Cesaro sailing out of the ring before turning for a stare down with frenemies The New Day – but The Bar jumped back in to take out both teams.

Sheamus nailed Big E with a Brogue Kick and they hit Jimmy Uso with a spike Air Raid Crash slam before walking off with the belts. 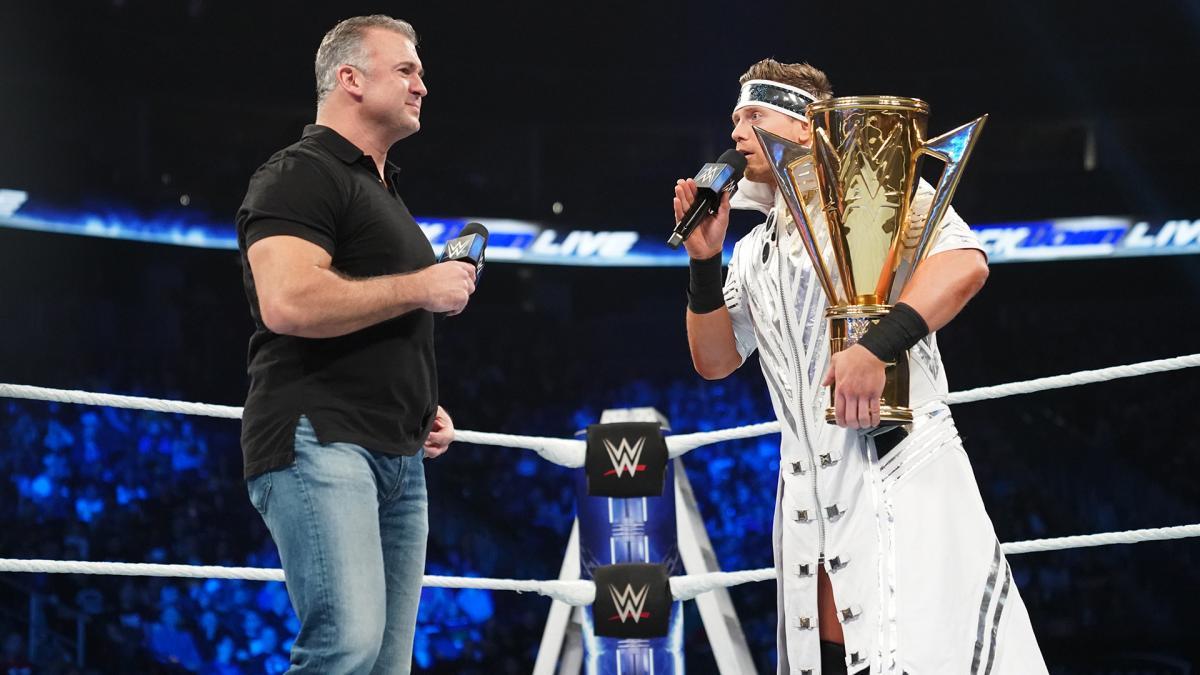 The Miz STILL wants to be Shane McMahon’s best friend

After last week’s unlikely union with Daniel Bryan, Miz was back to schmoozing Shane McMahon in this weird, deeply unfunny storyline.

Clutching the WWE World Cup trophy, Miz pleaded with Shane to join him and create the “Best Tag Team in the World”.

Miz then brought out jobber duo Chip and Chad, “The Vegas Boys”. They attacked Shane from behind but were no match for his dopey punches.

Shane hit a big elbow and locked in a triangle choke for a quick tap out win.

Later in the show it was revealed that Miz had paid the jobbers to attack Shane as part of his weird ploy to become bestie mates.

Wherever WWE is going with this angle, it’s a reminder that Shane McMahon’s hard-man shtick is absolutely ludicrous – even by pro wrestling standards. 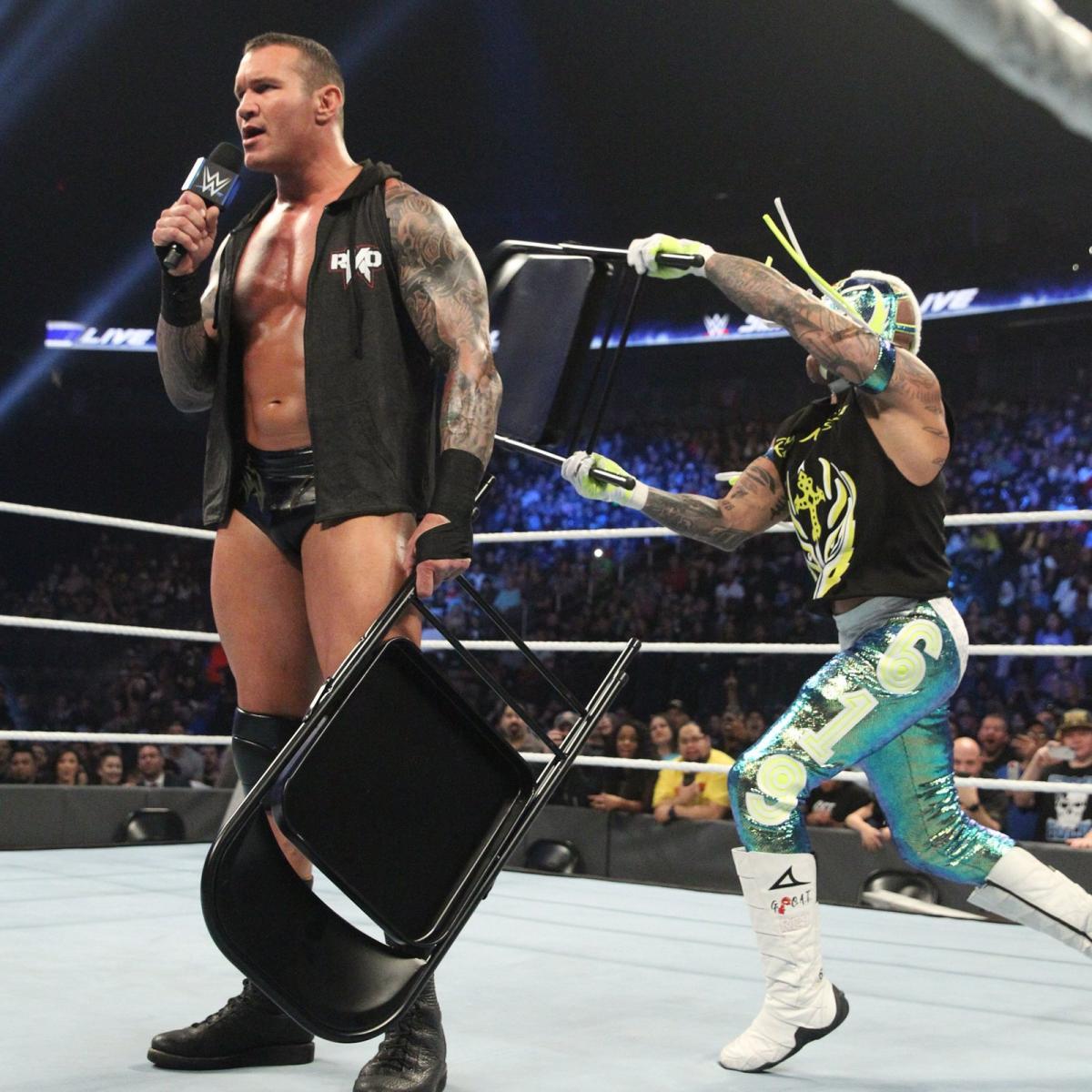 It was announced that Orton and Mysterio will go one-on-one this Sunday in a chairs match, which makes sense after Orton’s chair-assisted attack on Rey several weeks ago.

Orton came out to cut a promo on the brilliance of a steel chair (and he’s right – it’s still the best foreign object in wrestling) but his promo was cut short.

Just as he was repeating his new catchphrase about the three most destructive letters in sports-entertainment – “R-K…” – Rey smashed him from behind with a chair.

Rey followed up with a chair shot to the gut, another hard blow across the back, and 619, before “The Viper” slithered out of the ring to retreat.

Yule laugh: A comedy binge to see one through the summer TV drought