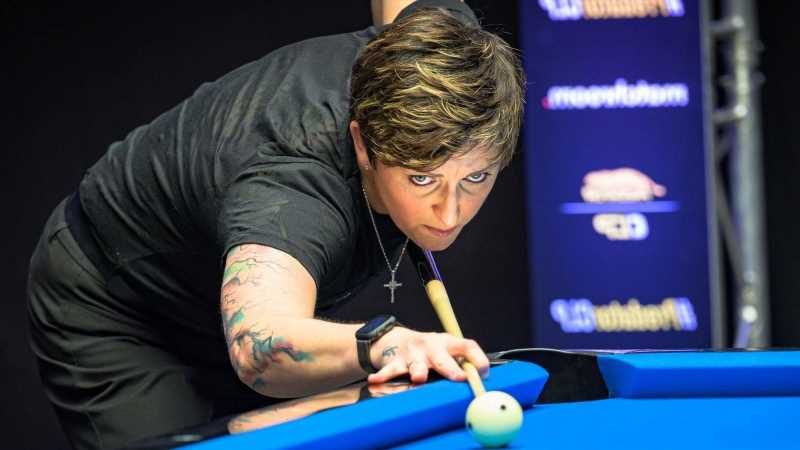 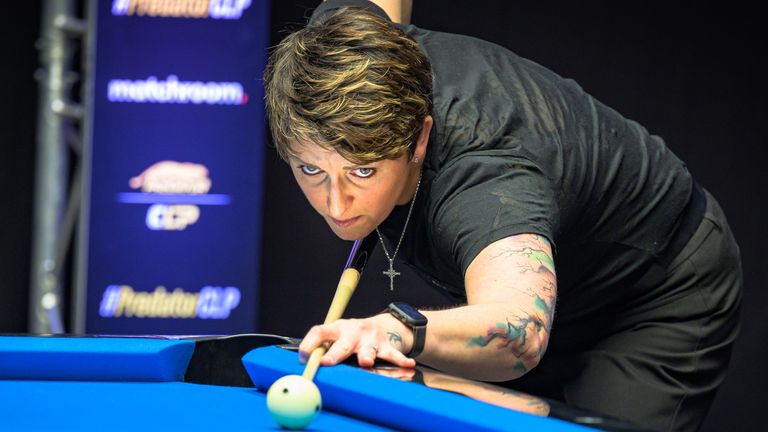 Great Britain B’s Allison Fisher and Kelly Fisher saw their hopes of causing a stir at the World Cup of Pool dashed after a clinical performance by the Philippines in Milton Keynes.

The all-female duo crashed out 7-3 in round one to the Filipino pairing of Jeff De Luna and Roberto Gomez in a highly-anticipated clash on Tuesday afternoon.

We had great fun playing against the Philippines. Thank you for your support! @matchroomsport

Netherlands fired a warning shot to the rest of the field as they stormed into the quarter-finals with a near-perfect 7-1 victory over an out-of-sorts Finland, while Slovakia made it through after beating Czech Republic in the tournament’s first hill-hill match.

We now have our own Fisher GIF 😂
Alli Fisher 🥰https://t.co/fH4wIw8wPh

Allison Fisher and Kelly Fisher looked to have settled quickly and took the second rack to keep the scores level early on.

However, De Luna and Gomez were breaking well and managed to open up a 5-1 lead before Great Britain B next won a rack. 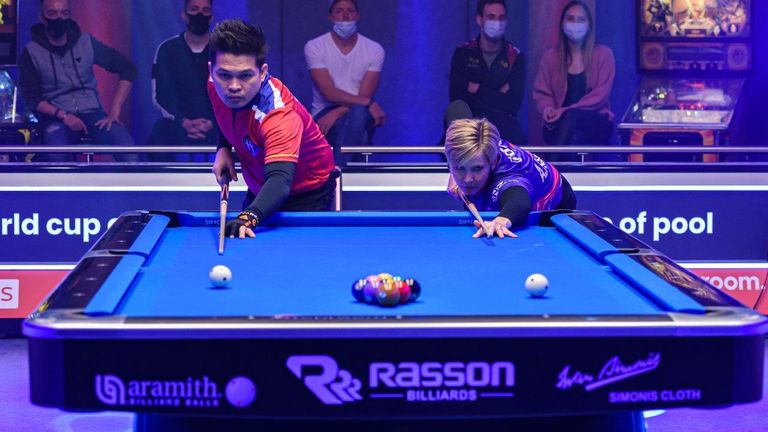 Despite falling further behind, Fisher and Fisher cut the gap to 6-3 but that was to be their last rack as Philippines took the next to close out a 7-3 win.

“We had a great time out there,” said Allison. “It has been a while for me and I really enjoyed it. There were some good shots in there but we never got going. We had a nice start to the match and we were never really frozen out but some of the games were a bit awkward.

“At this stage for me the most important thing is to have fun out there and I really enjoyed it.”

“We are competitors so we are disappointed, of course,” said Kelly. “In the match we never really got the chance to get going, everything fell a bit awkward.

“Me and Allison are great friends off the table, we gel well together, and we have loved every moment and had fun.”