Home » Sport » With friends in Greek places, Tsitsipas has Melbourne behind him 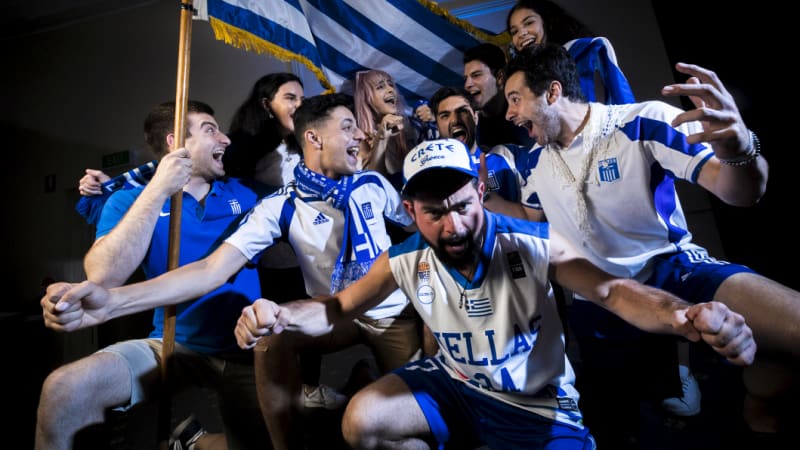 With friends in Greek places, Tsitsipas has Melbourne behind him

Stefanos Tsitsipas' tennis exploits have thrilled Melbourne's tennis fans at this year's Australian Open, but long before his 2019 coming-of-age run he'd befriended a core group of Greek-Australians who follow his progress closely.

Tsitsipas, 20, has enjoyed his best grand slam to date at Melbourne Park this year, beating Roger Federer in the fourth round and then Spaniard Roberto Bautista Agut in Tuesday's quarter final to set up a semi-final showdown with Rafael Nadal on Thursday. 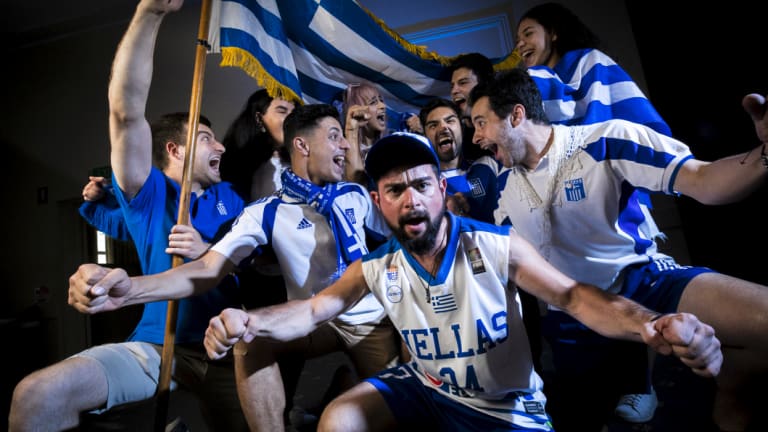 One of his long-time Melbourne-based supporters, Harry Manaras, befriended Tsitsipas and his father Apostolos during the 2015 Australian Open junior tournament, and that started not only a friendship but a tradition of the tennis star helping Melbourne's Greek community score tickets to all of his Australian Open matches.

There are over 420,000 Greeks and Greek Cypriots by ancestry living in Australia and more than 110,000 Greeks born in Greece or Cyprus living here, according to ABS data from 2016. Some 162,000 of those are in Melbourne.

"Stefanos knows how big, important and strong the Greek community is in Melbourne," Mr Manaras said.

"I think the supporters here give him that 5 to 10 per cent boost he needs. If only Sunday night wasn't sold out against Federer all those Greeks outside could have been inside and it would have been really tough for Roger."

Tsitsipas has made sure a handful of his most-loyal supporters have been at all his matches this year, including the Federer win, the Bautista Agut triumph and for Thursday's monster challenge against Nadal.

Mr Manaras, a tennis lover, rolled into Melbourne Park in 2015 to watch the Greek kid with the graceful one-handed backhand because he and his mates liked to follow Hellenic sportspeople when they were in town. That decision has paid off now Tsitsipas is all the rage. 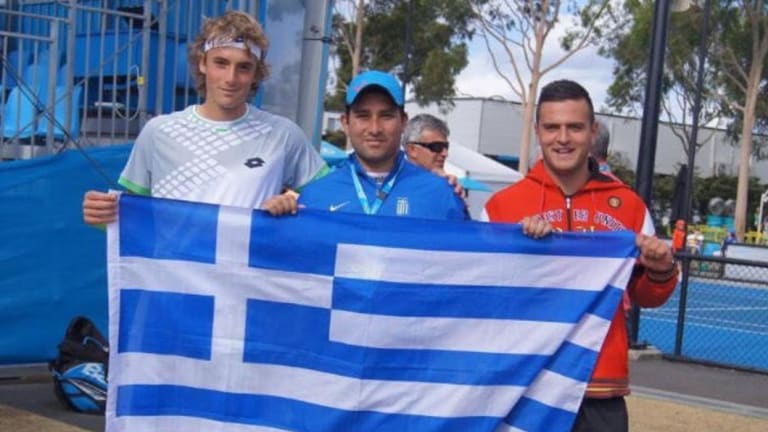 Tsitsipas (L) with two of his Greek fans at an Australian Open juniors tournament.

The pair keep in contact when Tsitsipas is travelling the world playing tennis and they usually catch up for dinner when he is in Melbourne.

Tsitsipas feels at home in Melbourne. He's even chosen one of Melbourne's local Greek soccer clubs to support: Northcote City.

"We don't try and overdo it, he has a million things on the go. I went to the US Open last year and watched him and he helped out with tickets there. He definitely looks after us," Mr Manaras said.

"I have set alarms at all hours of the morning to get up many times and watch him play. If it's not on television I find some stream on the internet. 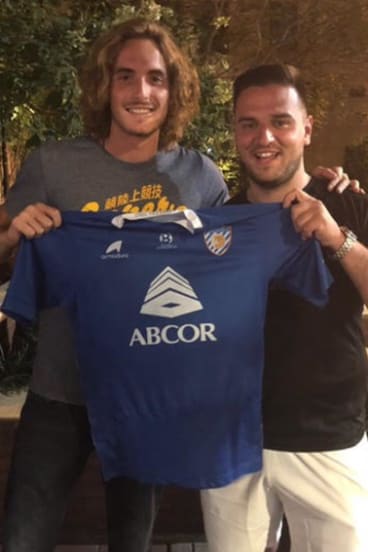 Tsitsipas’ friends in Melbourne’s Greek community have made him an adopted fan of Greek soccer club Northcote City.

"We have dinners when he is here but this year it's been a lock-down which we respect. Next couple of days when the tournament ends we will catch up … I don't want to hang around like a bad smell."

Tsitsipas' fans are confident he can beat Nadal. The pair have played twice, most recently in August 2018 in Canada where Nadal won in straight sets. He won their previous encounter too.

"It will be bigger than Greece win in Euro 2004 if he wins the Australian Open, considering the fact Greece has hardly ever produced a half-decent tennis player," Mr Manaras said.

On Thursday Greek-Australians around Melbourne will gather to watch Tsitsipas shoot for the final. One of those gatherings will be at Brunswick East's Cretan Brotherhood Youth of Melbourne and Victoria centre.

President John Leventis said they were expecting over 100 people to attend, but they could fit around 300.

"It's a unique thing because Greeks don't get too much tennis recognition," Mr Leventis said. "We supported Marcos Baghdatis but it has been a long time since his golden days.

"We think he can win it. When you go onto the court it is a different ball game and they're like two gladiators out there.

"It's fantastic to see him in our backyard. We love to get behind Greek celebrities and sportspeople when they're in town because it keeps us all in touch with each other and our culture."

Trump’s Pals Pretty Sure Rudy Giuliani Is Drunk For Those Crazy TV Interviews, But Trump Still Won’t Fire Him