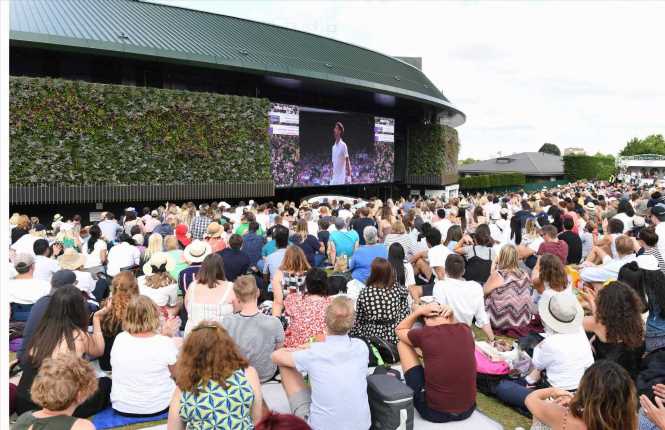 WIMBLEDON are planning for a minimum 25 per cent capacity this summer – with a socially-distanced Henman Hill.

And players, staff and officials should enjoy the benefits of having the Middle Sunday off because from 2022 it will be gone. 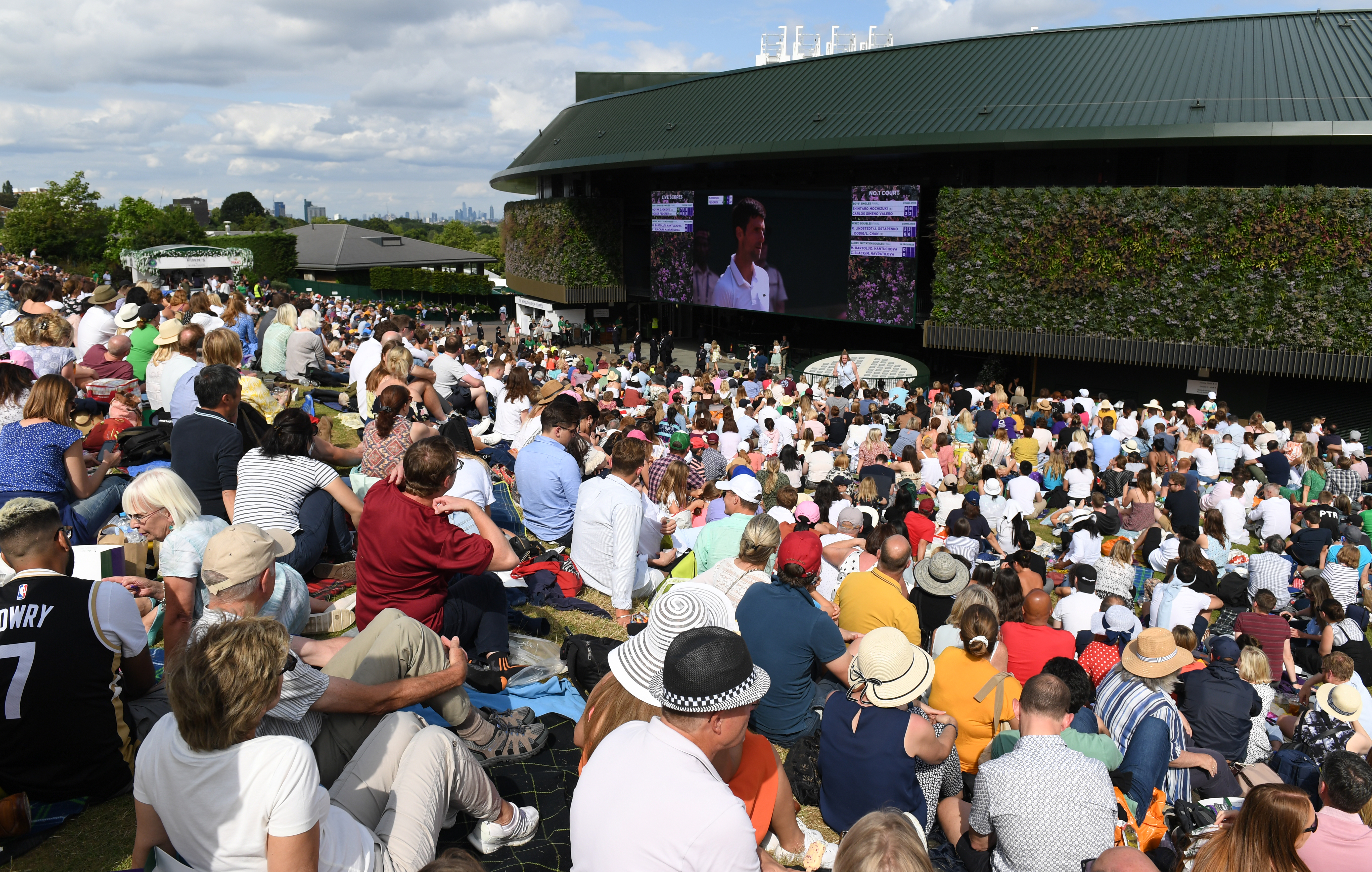 The 2021 Championships will look and feel completely different from anything else ever witnessed in its 144-year history.

Due to the ongoing impact of the Covid-19 global crisis, the All England Club has modelled the event on a 'reduced capacity' crowd but attendance figures could increase during the fortnight.

Thousands use Henman Hill to relax, sit in the sun and watch the tennis on the big screen but numbers might be capped to ensure there is no spread of coronavirus.

Even though Prime Minister Boris Johnson has pinpointed June 21 as Freedom Day, there will still be restrictions in place on the SW19 grounds on the opening day of action on Monday June 28.

Sally Bolton, heading into her first event as CEO, has not ruled out punters having to wear masks courtside.

Yet she says bosses will be guided by government advice, which is being determined by data collected through the Events Research Programme.

SunSport understands the Royal Box has undergone a major facelift and VIPs have to sit at least two metres from other groups and households.

More than 500,000 people attended the 2019 Championship but Bolton said: “We can’t yet confirm the number of spectators that will able to attend. 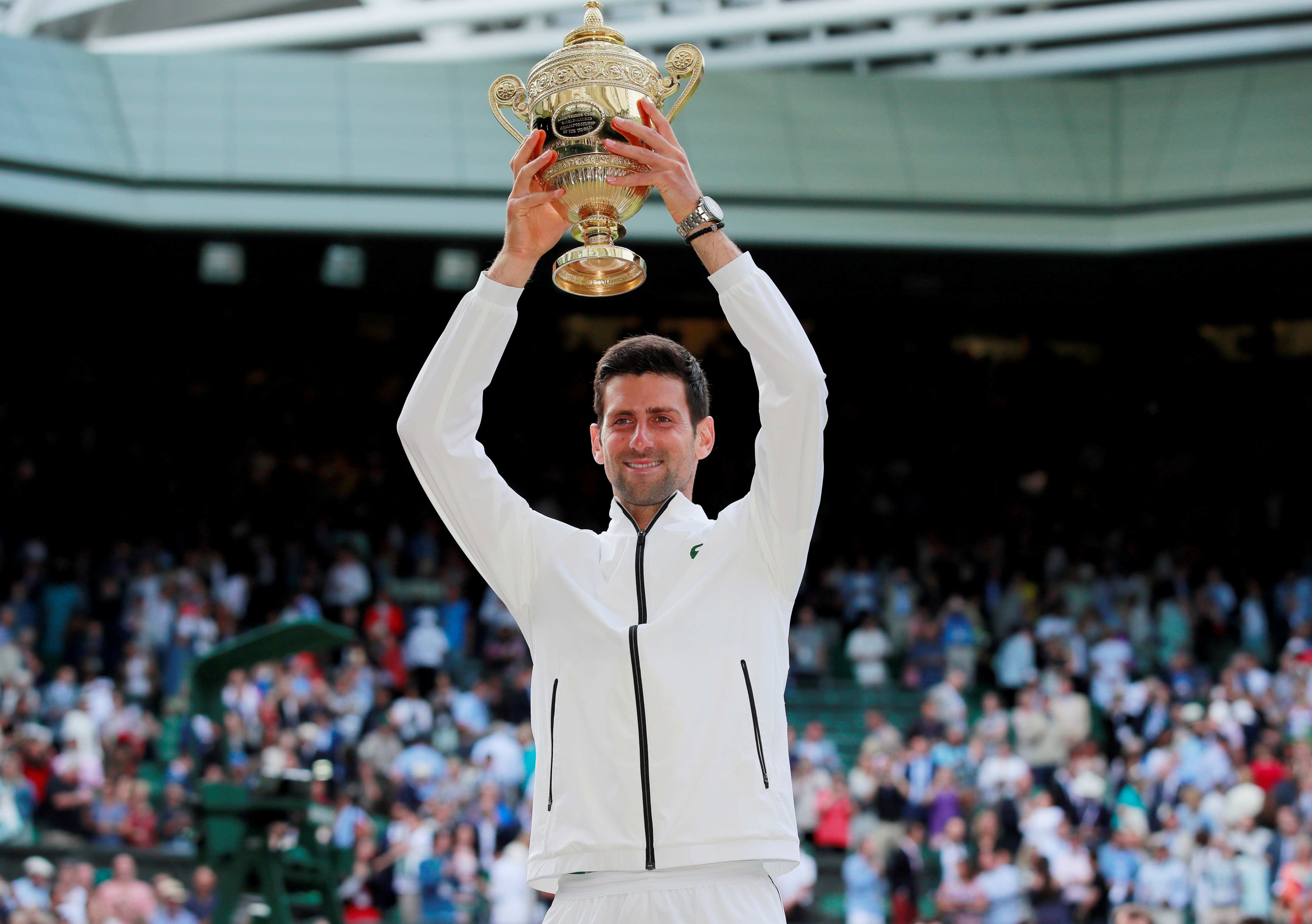 “The guidelines in place suggest it will be around 25 per cent but we’re hopeful we can get beyond that. We’ve to wait for the revised guidance from the government.

“It’s important that we understand how to deliver the tournament under the kind of guidance we have as of today. The June 21 is a ‘not-before date’.

“As you can imagine it’d be reckless for us to plan a tournament based on the best possible outcome.

“The message is: planning with some certainty on what we know and building in agility and flexibility to be to respond as those conditions change and that guidance changes.

“On Henman Hill, we’re still formulating our plans and obviously we’ll have to abide by the appropriate guidance in place at the time, which is yet to be determined.

“We do believe we’d be able to come up with a solution to socially-distance the Hill.

“It’s an important part of our event. We’ll be exploring all ways in which we can keep it incorporated in the event.” 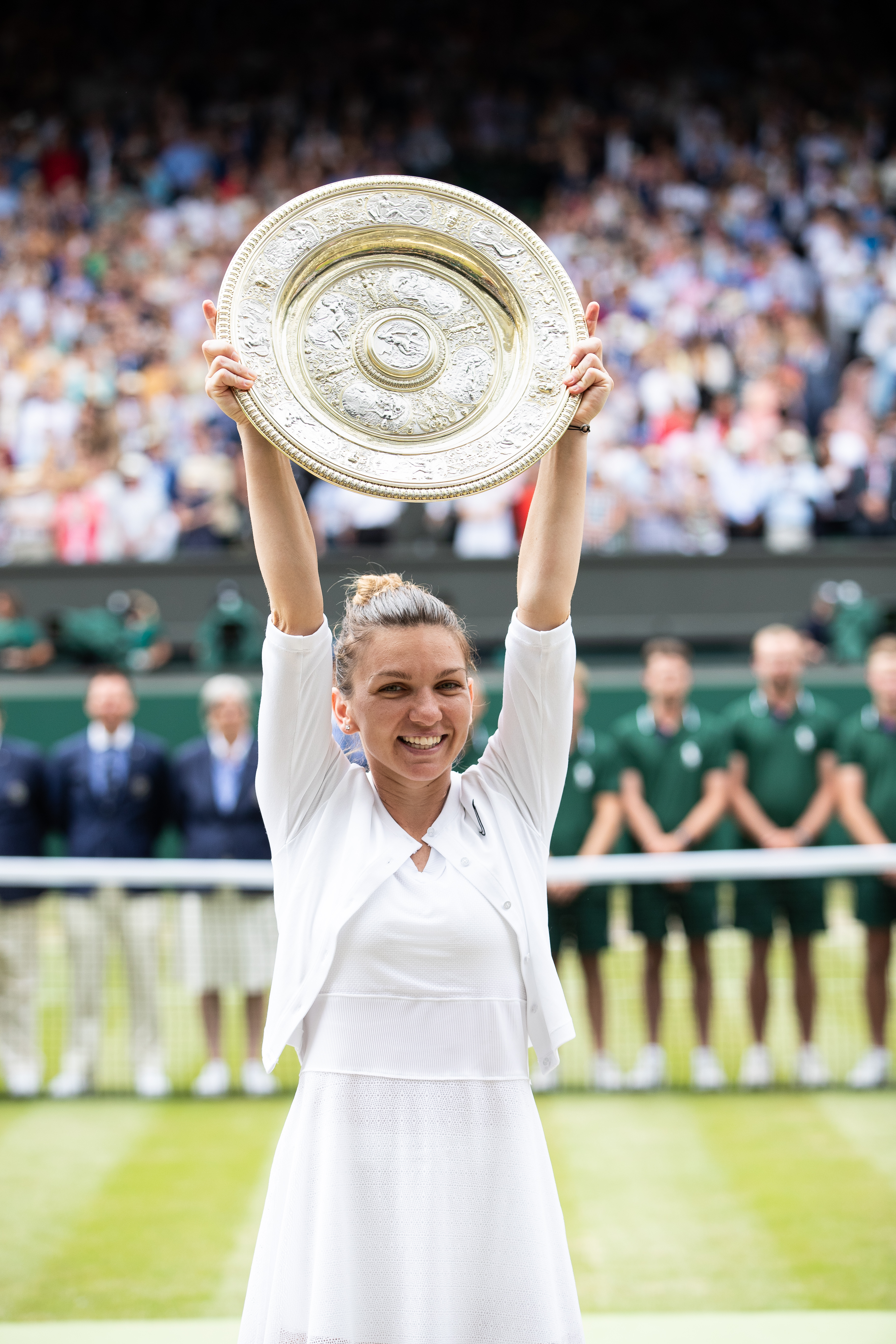 Traditionally and uniquely – unless the first week has been massively affected by rainstorms – there is never play on the Middle Sunday, allowing everyone a well-received breather.

However, as of next year, Wimbledon will become a full 14-day Slam, in line with their colleagues in Australia, Paris and New York, and significantly boost Club coffers.

Canny tennis chiefs took out pandemic insurance about 18 years ago following the SARS outbreak in Asia.

That decision paid dividends when the 2020 event was cancelled – the first time since the Second World War.

All players, even Brits like Andy Murray, will be forced to remain inside the bubble and stay overnight in a designated Westminster hotel.

In terms of entourages, stars will be allowed to bring three guests with them but anyone stepping out of line will be chucked out and fined.

Novak Djokovic and Simona Halep were the singles champions two years ago but prize money has not been decided – and it could be reduced.

Decisions on Covid-status certifications and requirements for vaccines or negative tests for fans will be decided over the next two months.