Home » Sport » Will Defense Doom the Chiefs in the Playoffs? 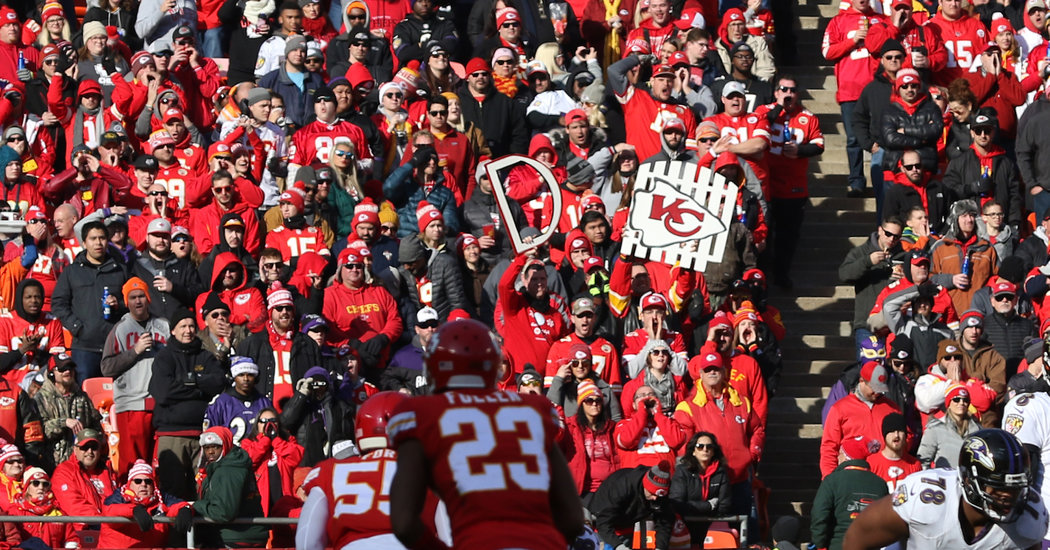 Will Defense Doom the Chiefs in the Playoffs?

KANSAS CITY, Mo. — The last time the Chiefs hosted the Indianapolis Colts in the playoffs, the day broke sunny and mild, with barely a breeze. On his drive to Arrowhead Stadium that January morning in 2004, Kansas City quarterback Trent Green, hoping that a rainy chill would greet the visitors from a domed stadium, rued the weather.

“I knew we would have to score a bunch of points,” Green said.

The Chiefs, the highest-scoring team in the N.F.L., did: 31, a nick above their season average, and never punted. Neither, though, did the Colts. With Peyton Manning operating in ideal conditions, they scored 38.

If what’s past is prologue, especially for a franchise with a postseason ledger as ghastly as Kansas City’s, then the Chiefs who will face Indianapolis in the divisional round on Saturday at Arrowhead are at risk of continuing a trend that doomed them 15 years ago.

The team that wrecked the N.F.L. with an offense so potent that it recalibrated how football is played in 2018 — scoring the most points and gaining the most yards and throwing the most touchdowns — also fielded one of the worst defenses that has ever made the playoffs.

[Read our predictions for the divisional round.]

The Chiefs’ defense finished last or second-to-last in passing yards (4,374), total yards (6,488) and yards per rush (5.0). The Chiefs gave up the most first downs ever, with 419. And though they ranked 24th in points ceded, with 421, only three other teams since 1990, when the playoffs expanded to include six teams from each conference, gave up that many and still advanced to the postseason.

According to Pro Football Reference, only 13 of the other 173 teams to reach the playoffs since 1990 have fared worse than the Chiefs in at least one of those statistical categories, including Green’s group from the 2003 season, which allowed 5.2 yards per carry. Aside from Kansas City, the only others to earn a No. 1 seed were Green Bay and New England in 2011, and neither won the Super Bowl. In fact, only one of the 13 — excluding the 2018 Rams, who allowed the most yards per rush this season — won a championship: the 2006 Colts, whose strong pass defense offset their generosity against the run.

Plus, they had that Manning guy.

The Chiefs have a guy, too — Patrick Mahomes — and that’s a pretty strong counterargument. But it’s not an impenetrable one, as losses to the Chargers (Kansas City led by 14 with less than nine minutes left) and the Seahawks (Seattle ran for 210 yards) proved.

It’s difficult identifying a historical analogue to the 2018 Chiefs, a team of such extremes. The closest might be the 2011 Packers, whose leading receiver, Greg Jennings, recognized the similarities at once. Like the Chiefs, Green Bay created a load of turnovers — a league-high 38 — while also scoring the most points. The Packers also gave up more passing yards and total yards than Kansas City did this season.

“The defense recognized it more than even we did as an offense,” Jennings, now an analyst for Fox, said of the imbalance. “What needed to be done was what we did. We recognized it and we had to make up for it.”

The Packers went 15-1 before sputtering in their first playoff game, against the Giants, whose offensive coordinator, Kevin Gilbride, as could be expected, cared only about Green Bay’s schemes and personnel and not its defensive rankings. He said those were skewed by all the yardage they allowed when leading. Three weeks after exploiting the Packers’ blitzes, the Giants sustained long drives that “were almost as important as scoring,” Gilbride said, to batter New England’s defense in the Super Bowl. Both defenses, he said, outclassed the Chiefs’. 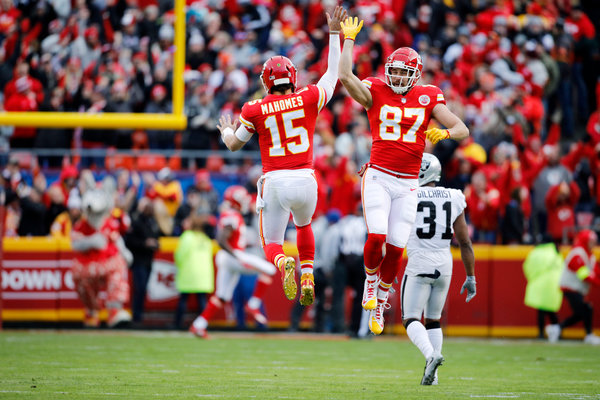 “Oh, no question,” said Gilbride, who has analyzed Kansas City’s game film as part of his prep work for NBC’s broadcasts. “I think they’re vulnerable.”

The Chiefs, for their part, seem aware of their inadequacies, especially in the secondary and at linebacker. Gilbride noted how the team’s defensive coordinator, Bob Sutton, has tried concealing them with deception, by mixing coverage schemes or calling more two high safety looks, intended to protect them against deep passes.

Their strength is their pass-rush, which registered 52 sacks, and that just might be their path to glory. This season has demonstrated that the Chiefs’ defense need not always play well — it needs to play well only at certain times.

Forcing turnovers and pressuring the quarterback are more important than preventing yardage. The Eagles’ Super Bowl victory against New England offered convincing evidence; the teams combined for a single punt, and the game turned on Philadelphia’s only sack, producing its only takeaway. The Chiefs’ 54-51 loss to the Rams this season, in a game with three defensive touchdowns, reinforced it.

“Maybe you’re not playing as well as you’d like on defense,” Sutton said, “but you know, hey, we can rise up here and we get a stop here and a stop here, our offense can take care of this.”

The offense has been so productive that the Chiefs have been ahead for 64.8 percent of the time they’ve been on the field — and by 11 points, or two possessions, more than half that time. They’ve played a staggering 799 defensive snaps when leading — 100 more than the next closest team, Chicago, according to Pro Football Reference.

That fiasco came against the Colts, too, but in Indianapolis. Reflecting on the Chiefs’ flop 15 years ago, Green blamed the offense — he missed some throws, a penalty negated a touchdown, a lost fumble erased Priest Holmes’s 48-yard run. He emphasized that he never once believed that the defense would constrain them.

“We felt we could score on anybody,” Green said.

Same with these Chiefs. They tallied at least 30 points in 13 of 16 games and averaged 32.4 at Arrowhead, where they closed the season by throttling Oakland, 35-3, in a performance that safety Eric Murray said felt “more cohesive” and “less segmented.”

Murray said he was encouraged, but he will not know for sure until Saturday, when the Chiefs embark on a journey that, if it ends with confetti falling on them at Super Bowl LIII in Atlanta, will have defied nearly 30 years of statistical trends.

Green still lives around here, and curious, he checked the game day forecast the other night: snow showers, mid-30s, 10-to-15-m.p.h. winds. He said he turned to his wife and laughed.

“I was like, ‘Why couldn’t we have had this weather back then?’”

Billy Zane Will Play Marlon Brando in ‘Waltzing With Brando’