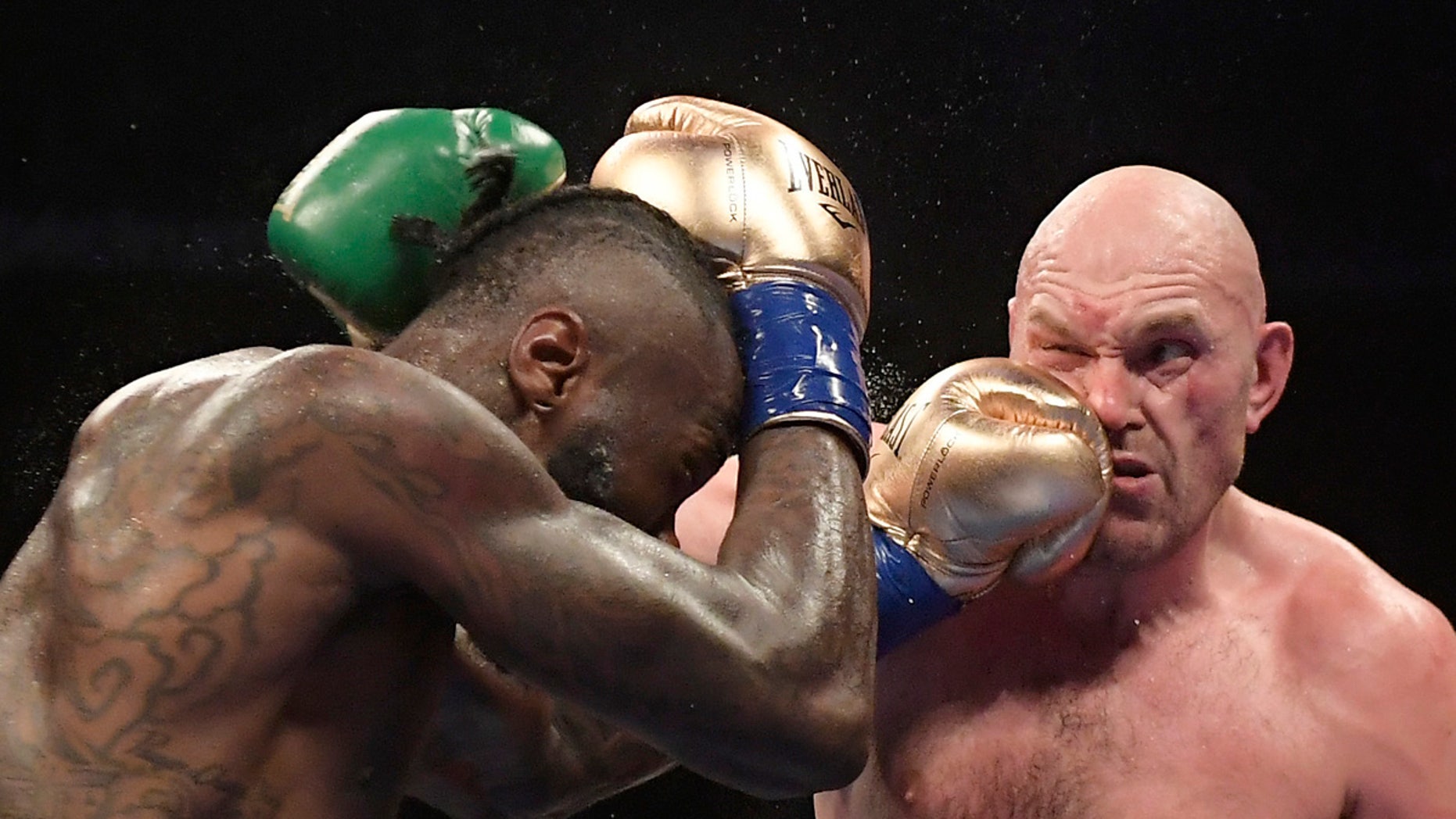 He still ended up flat on the canvas in the 12th round, his eyes rolling backward while Wilder celebrated above him.

Fury somehow gathered his wits, rose and made it to the final bell. That's when both hulking men heard a verdict that didn't satisfy them, but nearly guaranteed a rematch of this exciting showdown.

Wilder and Fury fought to a split draw Saturday night, with Wilder retaining his WBC heavyweight title after knocking down his British challenger twice.

"One hundred percent we'll do the rematch," Fury said. "We are two great champions. Me and this man are the two best heavyweights on the planet."

Wilder (40-0-1) floored Fury (27-0-1) in the ninth and final rounds, yet Fury clearly outboxed Wilder for large portions of their meeting at Staples Center.

Fury appeared to be on his way to a decision victory when he came out for the final round — and a minute later, he looked totally finished when Wilder put him on his back with a right-left combination. Yet Fury rose, summoning strength at the critical moment of his comeback from a 2 ½-year ring absence amid bouts of drug abuse and depression.

"I hope I did you all proud after nearly three years out of the ring," Fury said. "I was never going to be knocked out tonight. I showed good heart to get up. I came here tonight and I fought my heart out." 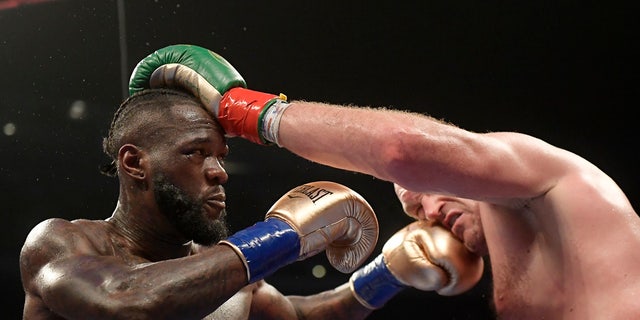 While Wilder kept his belt, Fury remained the unofficial lineal champion of the heavyweight division by virtue of his victory over Wladimir Klitschko in November 2015.

"We gave each other all we've got," Wilder said. "We're the best in the world. The respect was mutual."

While both men thought they won, neither was overly upset by the verdict in front of a frenzied Hollywood crowd. They embraced warmly and immediately talked about a rematch in the spring.

"When you get two warriors, you get a great fight," Wilder said. "That's what we proved tonight, and I'm ready to do it again."

The bout was a rare meeting of two unbeaten heavyweight stars in their apparent primes, with both fighters putting aside caution and the typical squabbles over money or belts to stage one of the most compelling matchups in the glamour division's recent history.

And the fighters delivered, each in his unique way. The 6-foot-9 Fury spent nearly every moment of the fight nimbly avoiding Wilder's punches in a masterful display — except for the two moments when the 6-foot-7 Wilder viciously knocked him to the canvas.

A punch to the top of Fury's head shockingly put him down in the ninth, but he bounced up quickly.

With just two minutes left in the fight, Wilder buckled Fury's knees with a right hand and knocked him senseless with a perfect left on the way down.

Even though Wilder made a throat-slashing gesture and mouthed "It's over," Fury beat the count and went back to work.

Wilder failed to win for the first time since his semifinal bout at the Beijing Olympics, and he failed to knock out his opponent for only the second time in 41 career bouts. Yet the Bronze Bomber showed remarkable resourcefulness and power, avoiding what would have been a decision loss with those two knockdowns.

"We're both warriors, but with those two drops, I think I won the fight," Wilder said. "I came out slow. I rushed my punches. I didn't sit still. I was too hesitant. I started overthrowing the right hand, and I just couldn't adjust."

Fury responded admirably to a big step up in competition after a lengthy absence and two warmup bouts, but Wilder got him in just enough trouble to earn a draw.

Staples Center had a frenzied atmosphere after the high-energy introductions, but the fighters settled into a technical bout early. Fury used his twitchy movement and near-constant feints to disrupt the rhythm of Wilder, whose trademark looping punches rarely found their mark.

Fury was elusive and creative in the seventh and eighth rounds, and Wilder appeared to be out of answers.

But early in the ninth, Fury went down when he absorbed a shot to the top of the head from Wilder.

The punch wasn't the biggest of the fight, but Fury was stunned — and he responded by getting up and raising his aggression in an exciting round. 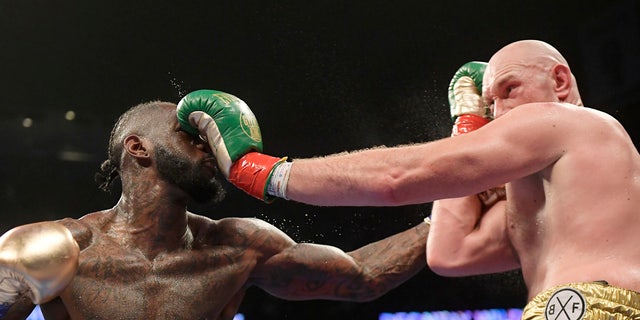 Fury went right back to work in the next two rounds, and a decision appeared to be in reach. But Fury went down again — and nearly everybody thought it was for good.

The fight attracted the celebrity attention expected in Hollywood from actors and athletes alike. Everyone from Chadwick Boseman, Zlatan Ibrahimovic and Shaquille O'Neal to boxing stars Gennady Golovkin and Mikey Garcia gathered for the marquee heavyweight bout.

On the undercard, Jarrett Hurd defended his WBA and IBF 154-pound belts with a fourth-round stoppage of Jason Welborn. Hurd (23-0, 16 KOs) overcame early trouble and floored the English challenger with one devastating right to the body.

Cuba's Luis Ortiz knocked down Travis Kauffman three times before stopping him late in the 10th round, and British heavyweight Joe Joyce improved to 7-0 with a first-round stoppage of Joe Hanks.