Home » Sport » Why do I love sports? ‘Monday Night Football,’ Howard Cosell and a father/son bond 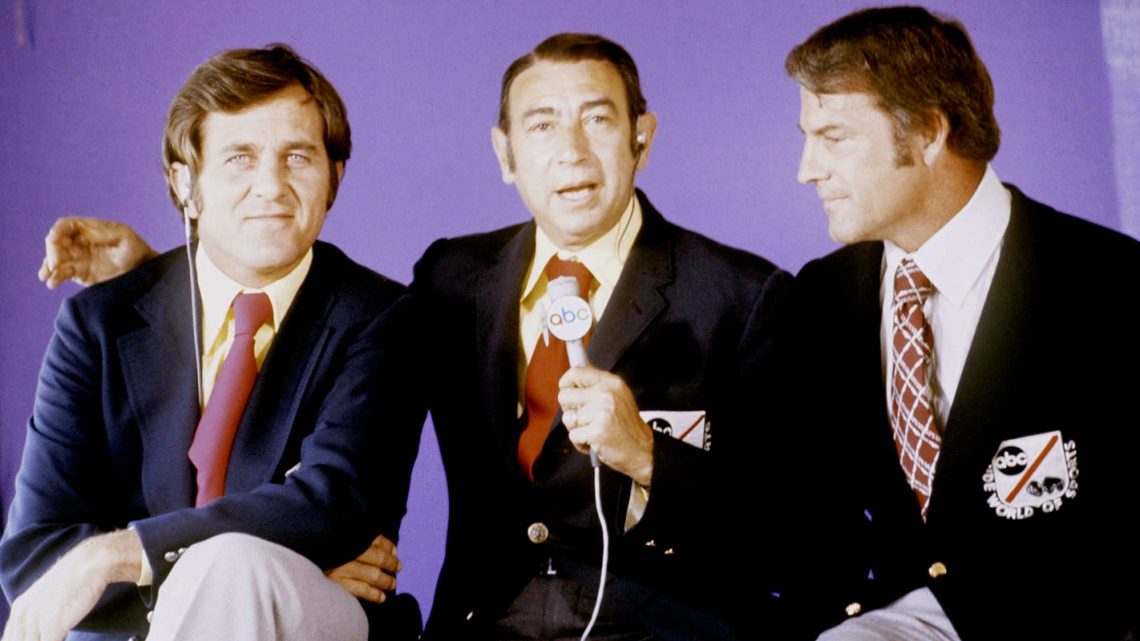 Why do I love sports? ‘Monday Night Football,’ Howard Cosell and a father/son bond

We miss sports so much so that we started asking ourselves this question: What was the moment or reason that we fell in love with sports in the first place? Now we're sharing the stories that answer that question. Our stories and yours.

The story below is from USA TODAY Sports' Steve Gardner.

Don't miss any of these memories by signing up for our daily newsletter, where we'll be spotlighting our stories – and yours – each week. And email us at [email protected] to share the moment or reason that you first felt *that* connection with sports. Send us pictures if you can. We want to publish your stories on USA TODAY Sports and share it with our community.

I was sound asleep when I felt a soft tap on my shoulder.

I groggily climbed out of bed and followed him downstairs as I began to realize what a momentous occasion this was.

The year was 1973. It was the day after my birthday. My one request was to be able to stay up late and watch my favorite team, the Washington Redskins, play the hated Dallas Cowboys on Monday Night Football. But Monday was a school night and 8:30 was my bedtime.

My dad knew how important the rivalry was, and because my mom was a nurse who worked the overnight shift at the hospital, he and I were able to make a little deal. For my birthday, I would go to sleep as usual – and when mom left for work, he would wake me up so I could watch the rest of the game.

The plan worked to perfection.

GOOD SPORTS: The best, most heartwarming stories of the week. Delivered to your inbox. Sign up!

The Cowboys had jumped out to a quick 7-0 lead, but as I snuggled down on the sofa after what seemed like an eternity in bed, nothing had changed. In the fourth quarter, Washington scored two touchdowns – the game-winner coming on an interception return by safety Brig Owens – to squeeze out a 14-7 victory.

The next morning, I jumped out of bed feeling like I was on top of the world, ready for anything fourth grade could throw at me.

Of course, once Dad and I pulled that trick once, there was no way to stop. It became our little ritual every Monday night. Sometimes, I’d even sneak a transistor radio under my pillow to listen to some of the game before it was time for the magic tap on the shoulder.

Like many kids my age, I was obsessed with sports. Football in particular.

Even so, there was something extra special about Monday Night Football. Starting with the theme music. The lights of the stadium. The crazy people in the stands. And most of all, the announcers.

For reasons I couldn’t explain at the time, I was mesmerized by Cosell — although we were nothing alike. Painfully shy as a kid, I couldn’t imagine how someone could be so overbearing and arrogant. But when it came to Cosell’s encyclopedic knowledge of sports, I felt like we had something in common. All those hours I spent in my room reading about sports, calculating stats and playing tabletop football or baseball games still left me craving more.

Howard Cosell? He knew everything about sports. He was right there! (He was allowed to stay up for the whole game!) Cosell was what I wanted to be … but couldn’t. So I pretended.

When I played my tabletop games, I rolled the dice and kept the stats. I also did the announcing. Pretty soon I was imitating Cosell’s verbal tics and catch phrases. My family members seemed somewhat amused, so I even did some imitations in public. It wasn’t a big deal … but then again, it really was.

If I truly wanted to do what Howard Cosell did, I would have to go way outside my comfort zone. The thought was completely terrifying at first. But eventually I discovered that talking to other people – even strange people I didn’t know – wasn’t impossible if we were talking about sports.

As I got older, my dad and I would spontaneously decide to go see a high school football game, a minor-league baseball game or even just a rec-league softball game at the local park. He was the kind of person who could talk to anyone about anything. When he did, he would inevitably bring me into the conversation when the subject turned to sports. After a while, it wasn’t so terrifying.

From that point forward, I don’t think I ever considered doing anything other than writing and talking about sports when I grew up. The shyness never really went away, but it was less apparent when sports were involved.

When I got my first job out of college, I was thrilled to be able to cover major college football and basketball. Occasionally, I'd also have an opportunity to relive part of my childhood.

“Hey Dad,” I’d say. “Want to take a trip to Chapel Hill and watch some football?”

The expression on his face must have been similar to the one I first had as a sleepy little kid the moment I first fell in love with sports.

YOUR INBOX APPROVES:Each day's top stories and analysis — and more stories of why we all love sports, delivered

GOOD SPORTS:Weekly look at the stories of good throughout the sports world