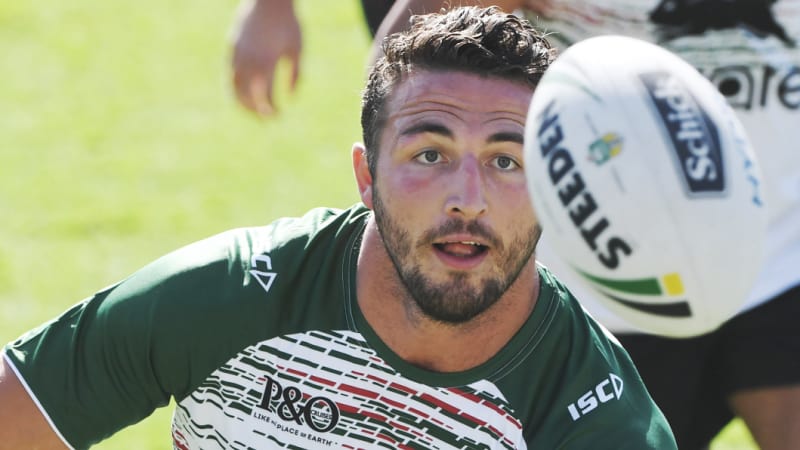 Do you have a gluttonous appetite for the tawdry details of Sam Burgess’ marriage breakdown with his wife, Phoebe? Do you want to know how a life so glamorous and perfect, according to their Instagram accounts, can suddenly fall apart?

No, neither do I. 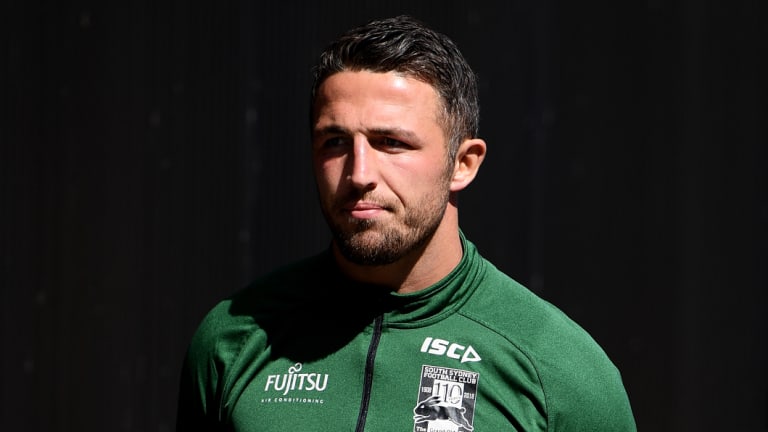 Do you want to know how Burgess’ marriage break-up will affect his performances for South Sydney this season, in which they are genuine premiership contenders under new coach Wayne Bennett?

The clickbait writers were in a lather on Tuesday when Burgess made his first “public appearance” (in other words, went to training at Redfern Oval) since his split with his wife.

“Burgess looked downcast as he charged about the field and huddled with Bennett – himself no stranger to a relationship falling apart in the full glare of the media spotlight,” The Daily Mail panted. “Bennett and his wife Trish broke off their relationship of 42 years in 2016 … Burgess, 30, today appeared focused as he trotted around the oval in the sunshine, completely ignoring media.”

Downcast? Focused? Focused on being downcast? Me so confused.

According to actual people at the club, Burgess’ attitude was the same as it has been since part-owner Russell Crowe convinced him in 2010 to move from England to Redfern. There was no indication whatsoever that his personal life was weighing on him, just like it’s never reflected in the way he trains or the way he’s played his 163 matches for Souths.

Burgess is one of those players who can compartmentalise life, footy and playtime. When it comes to footy, he’s stubborn, single-minded and usually angry, sometimes too much and occasionally ending in suspension.

During last year’s finals series, he was being investigated following allegations of misconduct. The investigation subsequently cleared all players of any breach of their NRL contracts. Burgess refused the offer from then-coach Anthony Seibold to sit out the sudden-death match against the Dragons, had no sleep the night before the game, came out in the first half and made some poor errors before making some critical runs and offloads in the second as Souths scraped home.

If anything, chaos away from the field takes Burgess’ performances to another level.

Throughout the 2014 season, he was the grumpiest player in the NRL. In February, he'd stunned the game when he announced he was switching codes to join rugby union’s Bath with a view to playing for England in the World Cup the following year.

At the time, he offered banal comments about “loving his time at Souths”, but being “very excited about the challenges ahead”. Rumours circulated that he was unhappy with the media scrutiny in Sydney and/or certain people at his club. 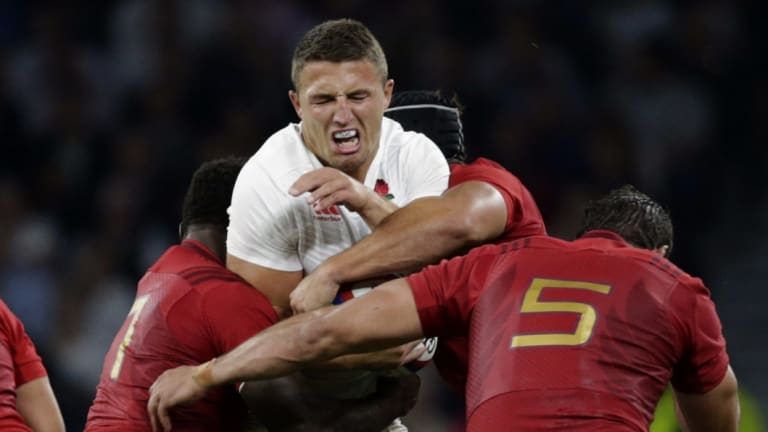 Smashed: England’s 2015 Rugby World Cup campaign was unforgettable for all, including Sam Burgess.Credit:AP

Whatever the case, it was clear Burgess had a major dose of the shits. So, too, did his teammate and flatmate Ben Te’o, who was also switching codes to join Dublin-based Leinster. Te’o had been through the wringer after a Brisbane woman accused him of bashing her. He was never arrested or charged and was ultimately cleared of any wrongdoing by the police and the NRL – but that didn't stop opposition fans from taunting him.

Throughout the season, Burgess and Te’o refused every media request put to them, repeatedly saying, “Mate, I just want to play”.

And they did. Souths won their first premiership in 43 years with Te’o the second best player in the grand final behind Burgess, who won the Clive Churchill Medal with one eye closed because of a broken cheekbone suffered in the first tackle of the game.

Many players find the field to be their happy place.

Former Newcastle hooker Danny Buderus tells a story from 2006 when he shared a car to Canberra with halfback Andrew Johns. When he picked up Johns at his Newcastle home, he found a man wrestling personal demons and possibly a few ninjas.

That afternoon, Buderus watched in amazement from dummy half as Johns scored 30 points against the Raiders. 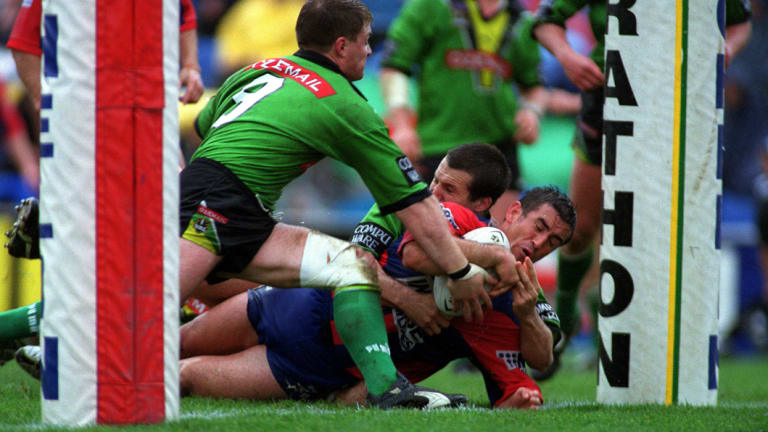 Safe place: Andrew Johns had a knack for shutting out the external noise on the field.Credit:Daniel Berehulak

"I've seen Joey walk onto the field with some real demon things happening, and he'd just walk out there and play blinders,” Buderus said in an interview with the Herald in 2008. “He blocked it all out that day against Canberra. I learnt that, no matter what happens outside the rectangle of the field, once you walk over the chalk nothing else matters.”

Some players can shut out the world. Others cannot. Mitchell Pearce’s on-field performance directly mirrors whatever’s happening off it. Talk to any coach, football manager or chief executive and they will tell you they often have to play the role of father, mentor, psychologist, teacher and legal adviser.

It’s too simplistic to say teams win competitions when their players are snuggled up on the lounge each night, sipping green tea, reading Sun Tzu’s Art of War or listening to Oprah’s latest podcast.

They’re young and cashed up and silly and have very important Instagram lives to lead.

The teams that get the job done are those with senior players who can block out the noise of life while under the watchful eye of a coach who understands what they’re going through.

In that regard, Burgess and Bennett – and Souths – are a formidable combination.

Christie Brinkley Shares Picture Of Her Tight Body In Black Bikini, Shows How Amazing 64 Can Look