Home » Sport » Who Are Ya? Frustrated fans yearn for City identity 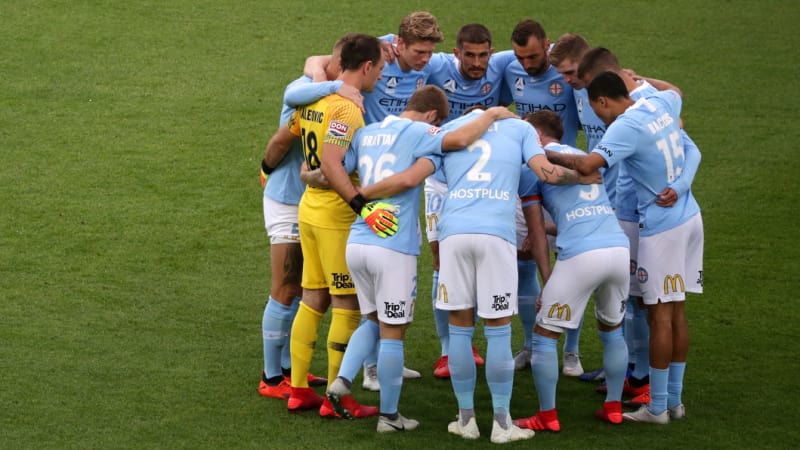 Who Are Ya? Frustrated fans yearn for City identity 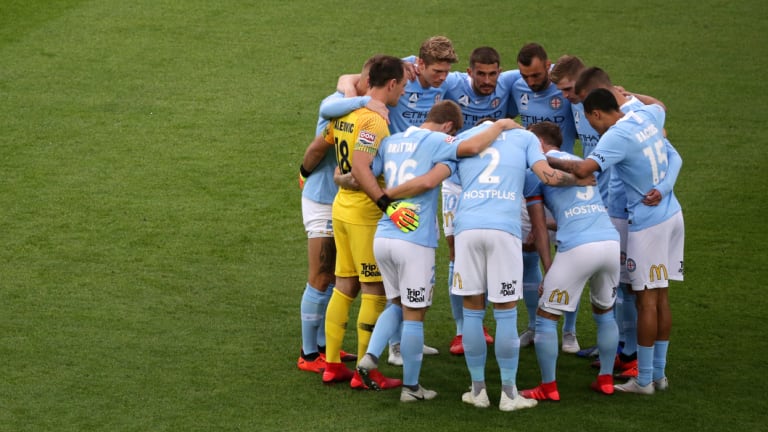 Melbourne City have struggled for consistency – and identity.Credit:AAP

What makes a club?

Is it their shirt and colours? Their name? Geographical location?

Is it their style, a particular way of doing things?

Is it their reputation or character? A team may be characterised as winners, fans rejoicing in arrogant fashion at their seemingly endless triumphs. Or they may be regarded as battlers, losing as often as winning, the stoicism of their supporters being their most defining feature.

Is it their ground, their nickname, their star players, their reputation as a nursery? There are many reasons why supporters gravitate to one team over another.

It is a question worth pondering as Melbourne Victory, the best-supported club in the country, prepares to take on local rival Melbourne City in Victoria's now traditional Christmas derby.

The game will be played on Saturday evening at AAMI Park and is ostensibly a City home game, but the crowd, if past experience is any guide, will be mainly decked in dark blue.

How, in a city where geography has played little part in identifying both clubs, where the two play at the same home ground, where both wear shades of blue and are restricted by competition rules on foreign signings and squad numbers, can there be such a disparity?

It's an issue that has become the subject of much greater debate this season as Victory embark on their title defence and City handle the fallout from the row over talismanic star player Bruno Fornaroli.

The soul searching among the fan group over the Fornaroli's axing has been far more than just about the exile of a favourite player. It has been a discussion about what City really is, and has acted as a catalyst for a wide-ranging discussion about the club's purpose and identity. The angst has not been lost on management.

Coach Warren Joyce has described the decision to axe Fornaroli as an issue of culture: that the club had set certain standards for all at Bundoora, from office staff to players, and that their star South American striker wasn't meeting them.

Fans, of course, care little for such niceties. Given a choice between a hard-nosed culture and watching an exciting player, they will choose the latter every time irrespective of his behaviour or whether he is meeting internal standards.

The leadership of City's active fan group announced during the week that it was giving up after the derby, a decision which prompted much reaction and debate about just what City is.

Is it a genuine alternative to Victory – something that offers more than a stopping place for those who didn't like the powerhouse club – or is it merely a farming factory franchise for an offshore superpower, the City Football Group; a club whose main function is to find, nurture and then harvest the best young Australian talent before passing them on to which ever club in the City network would best suit them. 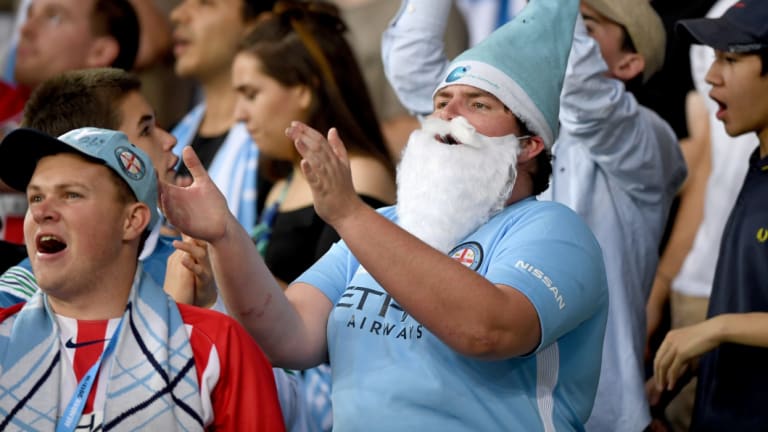 There are many who look back fondly to the early days, when City was established as Melbourne Heart.

It was always up against it as few at that time really appreciated the power of incumbency. Victory had had five years to cement its place in the city's sporting landscape and had won two titles already.

Most soccer fans who had been yearning for a new club and a new league flocked to Victory right from the start, leaving Heart with the choice of mopping up the dissidents or trying to establish an identity for themselves that was really different to that of their powerhouse neighbours.

They tried. The red and white stripes could not have been more different. In hiring Dutch coach John van 't Schip they tapped into a link with the great European traditions of the game, back to the wellspring of total football.

Johan Cruyff, who had inspired a generation of players who were now coaches including then Barcelona boss Pep Guardiola, had been van 't Schip's mentor too.

Heart didn't have much success but they were beginning to gain some traction and a small foothold.

The purchase by the City Football Group brought radical change. The Heart identity was wiped out  as the name was changed to Melbourne City, the colours changed to reflect the sky blue of Manchester and New York City, the CFG's two other wholly owned affiliates.

It is tempting to think that had the CFG nurtured that original identity, keeping the name and colours, things might have been better. 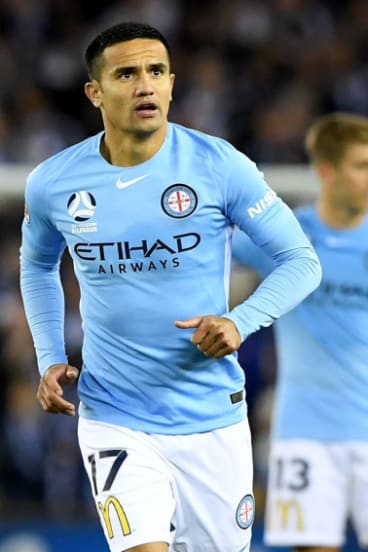 But that hasn't happened either. David Villa came and stayed four games. Attempts to sign Frank Lampard were stymied by other clubs. And Tim Cahill, well past his best, was a relative bust.

City are not stupid and recognise these are issues they must resolve.

Nobody likes playing in semi-deserted stadiums and while they have been competitive, their 2016 FFA Cup win remains their sole trophy.

Their research, if it is telling them anything, is that their fans would rather see an exciting team play a thrilling brand of football and losing 4-3 than a competitive one grinding out 1-0 wins.

City do have plenty to be praised for.

Their W-League team has been a standard-bearer for women's football for the past three years, winning successive titles. They have a dedicated professional training set-up and invest in their players more than any other club in the competition.

Their youth strategy is also best in class. For the last Under 19 Young Socceroos tournament, City had seven members in the squad, while in the most recent Joeys set-up they had five.

City's stated aim is to improve the quality of the game in this country. It's something they are achieving at most levels outside of the senior men's team.

It might not ameliorate the discontent of fans right now, but it's a narrative they need to push, as it can at least give them an identity beyond the amorphous one they currently possess. The incoming West Melbourne team next season makes it even more necessary.

The life and times of Paddy Ashdown
World News