Home » Sport » What to Watch in the N.C.A.A. Men’s Tournament This Weekend 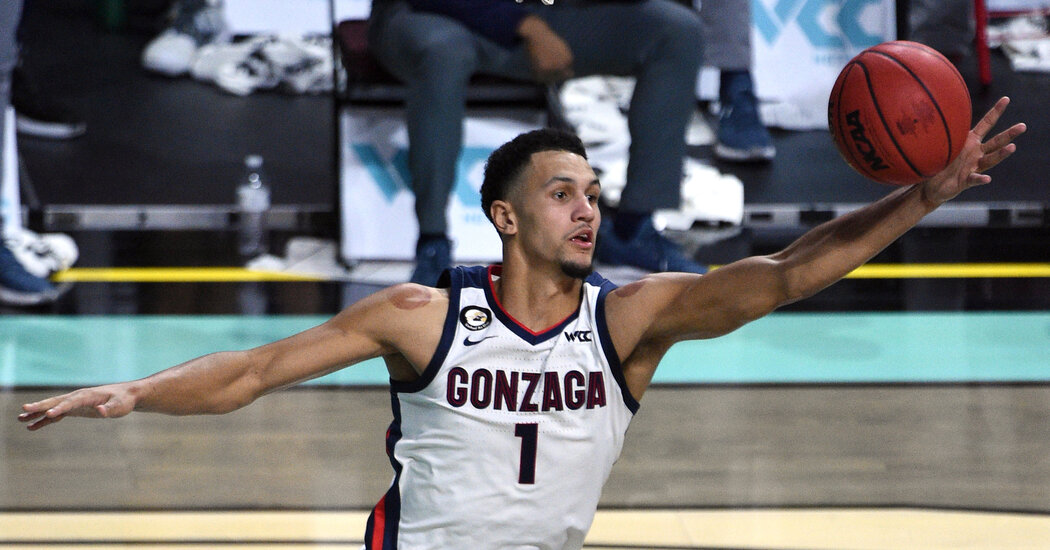 What to Watch in the N.C.A.A. Men’s Tournament This Weekend

The N.C.A.A. men’s basketball tournament resumes this weekend with a this-year-only scheduling change: the round of 16 games will be played on Saturday and Sunday this time, with the Final Four spots to be decided on Monday and Tuesday.

Here’s what to watch for this weekend:

Three No. 1 seeds remain. Which is the most vulnerable?

Gonzaga, Baylor and Michigan all avoided the fate of Illinois, which was knocked off by Loyola-Chicago in the second round. And recent history and the betting odds favor one of those programs to cut down the nets after the final on April 5: After all, 10 of the last 13 champions were No. 1 seeds.

But who has the toughest road to the Final Four now?

Undefeated Gonzaga (28-0) is the clear tournament favorite. It will play Creighton and, if it wins, the Oregon-Southern Cal winner. Both of those games figure to be high-scoring, especially if Oregon advances. But with three finalists for the national player of the year award in Corey Kispert, Drew Timme and the freshman Jalen Suggs, and a fourth player, Joel Ayayi, who has the only triple-double in program history, Gonzaga will be the favorite regardless of who it faces from here on. 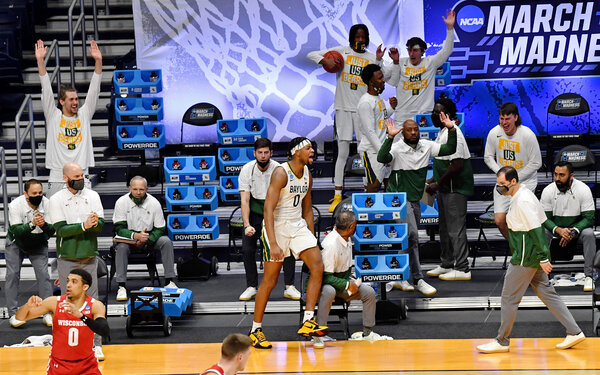 After struggling to find its groove after a coronavirus pause in late February, Baylor (24-2) looks to be back at peak level, playing stingy defense and scoring enough to knock out most opponents. The Bears face a Villanova team that has won two of the last four N.C.A.A. titles, but a team missing its senior point guard Collin Gillespie (knee). Baylor’s group of talented and experienced guards and wings — Jared Butler, MaCio Teague, Davion Mitchell, Adam Flagler and Matthew Mayer — should be enough to lead the Bears past the less experienced Wildcats, and also past the Arkansas-Oral Roberts winner after that.

Michigan (22-4) may have the toughest road to the Final Four of the top seeds. The Wolverines will face a long and athletic Florida State team on Sunday, and then could potentially meet No. 2 Alabama, the highest-rated of the No. 2 seeds and a team that can put up a lot of points, for a trip to the Final Four.

“Our kids our excited,” Florida State Coach Leonard Hamilton said this week. “We lost to Michigan in the Elite Eight a few years ago. So I’m sure that they will be ready.”

All the talk coming into the tournament was about the Big Ten and the Big 12, which sent a combined 16 teams into the field of 68. But while the Big Ten had four teams among the top eight overall seeds, all but Michigan are now home watching on TV. And only Baylor remains from the Big 12’s seven entries. Programs like Texas (to No. 14 Abilene Christian), Kansas (to No. 6 Southern Cal) and West Virginia (to No. 11 Syracuse) all were sent packing by lower seeds.

In the meantime, the Pac-12, which plays its games past the bedtimes of most fans in the Eastern half of the United States, has four teams in round of 16: Oregon, Oregon State, U.C.L.A. and Southern Cal.

No. 12 Oregon State, which faces No. 8 Loyola-Chicago, and No. 11 U.C.L.A., which meets No. 14 Abilene Christian in the East, both have excellent shots to advance. And even if they don’t, the winner between No. 7 Oregon and No. 6 Southern Cal is guaranteed to give the Pac-12 at least one shot at a Final Four berth.

“Leagues run in cycles and there was a few years in the mid-2010s where we weren’t very good,” Oregon Coach Dana Altman said. “But we are improved. I think the N.B.A. Draft has shown that we’ve had talented young men in our conference the last couple years. And I think this year’s no different. We’re going to have a number of N.B.A. Draft choices, which gives you a sense of the talent in the league.”

Cade Cunningham, the 6-foot-8 Oklahoma State freshman widely projected as the overall No. 1 pick this year, is out of the tournament after the Cowboys lost to Oregon State. But two of the top three projected draft picks are still playing.

Evan Mobley, the 7-foot freshman from Southern Cal who plays alongside his older brother Isaiah, has the chance to rise to No. 1 in the predraft rankings if he and the Trojans can win another couple of games. Through his first two, Mobley is averaging 13.5 points, 12 rebounds, 3.5 assists and 3.0 blocks.

“Evan gets all the focus of the opposing defenses,” U.S.C. Coach Andy Enfield said. “He’s so hard to guard because he can go inside, outside, he can put the ball on the floor.”

Jalen Suggs, Gonzaga’s 6-4 freshman point guard, is rated just behind Cunningham and Mobley in most mock drafts but plays for the best team and on a team with a chance to finish as the first undefeated national champion since Bob Knight’s Indiana squad in 1976. A former star quarterback in high school, Suggs is averaging 14.1 points, 5.3 rebounds and 4.3 assists while playing on a star-studded team loaded with offensive options.

Only one player in the last 10 years has won an N.C.A.A. championship and gone on to become the No. 1 pick in the draft: Kentucky’s Anthony Davis in 2012. Mobley and Suggs still have a shot to match him.

Remembers these names, too.

The tournament, of course, is about more than top picks. Here are three other players to watch:

Cameron Krutwig, Loyola-Chicago’s 6-9, wide-bodied mustachioed senior, was the Missouri Valley Conference player of the year and he is showing why on the biggest stage. He went for 19 points, 12 rebounds, 5 blocks and 4 steals while outplaying the Illinois 7-footer Kofi Cockburn in a 71-58 upset. And he has been here before: Krutwig was a starter on Loyola’s 2018 Final Four team.

Max Abmas, a 6-1 sophomore point guard from Oral Roberts, is the leading scorer in Division I at 24.5 points a game, but few outside of Oklahoma knew who he was before the N.C.A.A. tournament. Abmas had 55 points in upsets of No. 2 Ohio State and No. 7 Florida, but his teammate, Kevin Obanor, might have been even better: A 6-8 junior, Obanor averaged 29 points and 11 rebounds in those games.

Quentin Grimes, a 6-5 point guard who transferred from Kansas, is averaging 18.1 points for a Houston team that is 26-3 entering its game with Syracuse and its star Buddy Boeheim.