Home » Sport » What mark would a Brisbane Games leave on the country’s landscape and psyche? 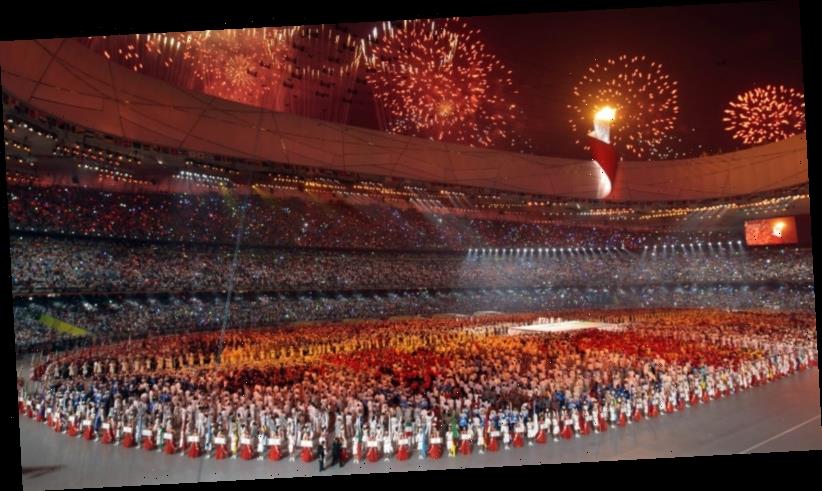 What mark would a Brisbane Games leave on the country’s landscape and psyche?

Wherever they have been, the Olympics have cut a swathe. Each new Games dazzles in its time, and it is not until the rhetoric pipes down, the anthem plays out and the smoke from the fireworks clears that carnage becomes apparent.

It has become a staple of the Olympic cycle to look back and see previous precincts empty and falling into dilapidation and ruin. Athens, Beijing and Rio and most recently PyeongChang come readily to mind.

Even where the Games were considered to be successful, the physical legacy is underwhelming. Sydney’s and London’s Olympic zones have been compared to purpose-built capital cities, full of fine-looking structures, but little patronised and somehow soul-less.

Then there are the bills. Reportedly, China spent $US40 billion on the 2008 Beijing Olympics and Russia a mind-boggling $US65 billion on the 2014 Sochi Winter Games. No amount of revived goodwill or new interest in sport could off-set that. 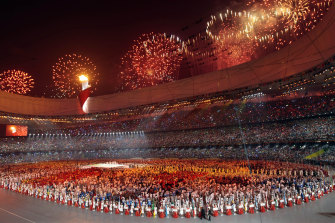 The opening ceremony for Beijing 2008. Credit:AAP

In the west, too, the cost of the Olympics far outstripped revenue. Montreal 1976 infamously took 30 years to pay off its Games. Even Vancouver’s modest 2010 Winter Games cost five times as much as the revenue they generated. There were other benefits for host cities, yes, but they were not easy to quantify. Sporting success begins to fade immediately after the Games; Australia can attest to that.

“The Olympic Charter was amended in 2003 to make delivering a positive legacy for the host city and country a compulsory part of the contract,” wrote Vassil Girginov, a sports management academic at London’s Brunel University in The Conversation in 2016. “(But) establishing any real causal link between an Olympic Games and changes to people and places afterwards is notoriously difficult.”

Meantime, the Olympic Games expanded until they began to look like Mr Creosote in the 1983 Monty Python film The Meaning Of Life, so engorged that they were about to explode, splattering all about them. Certainly, they were losing their appeal as dinner guests.

At some point, the International Olympic Committee realised this. In 2017, it awarded the 2024 and 2028 Games to Paris and Los Angeles, respectively, cities that had each twice previously hosted them and so could economise on their organisation and presentation. It was going for the humble look.

In 2018, it introduced 118 so-called New Norms for hosting the Olympics, 80 directed towards cost efficiencies.

“These are the biggest savings in the history of the Olympic Games,” said president Thomas Bach. “It is a fundamental rethinking of the organisation of future Games. It invites opportunities to reduce venue sizes, rethink transport options, optimise existing infrastructure and reuse the field of play for various sports.” The IOC was making a virtue of its own suddenly disavowed vice.

Small wonder then that it has seized on Brisbane’s bid to stage a cut-price Olympics in 2032 and so put further distance between themselves and their era of greatest extravagance and worst excess. If anyone knows how to pitch to the IOC, John Coates does.

Previously, the IOC nominated Games venues six years in advance. This time, it is nearly 12. Some who will appear in the opening ceremony haven’t been born yet. Some who will compete barely have. 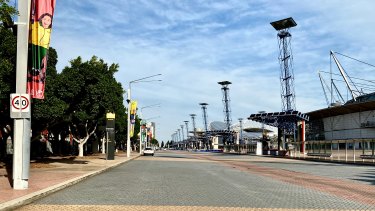 One benefit is that the Brisbane Olympics are unassailable in their perfection now. On paper, they will cost nearly $1 billion less than LA’s four years earlier, and nearly all of it will be covered without recourse to taxpayer money. You might doubt it, but it will be a decade before anyone knows.

Some of that revenue will be from broadcast rights, a fast-fragmenting source. Who can say that it will be as lucrative then as now? Who can’t say?

Who can say even that the Thrifty Games will win out in Brisvegas? Already on Friday, day one of 4162, a crack was showing.

Though the IOC has said the refurbishing of existing arenas is enough under its new protocols, some in Brisbane were proposing that it simply would not be an Olympic Games without the “wow” factor of a spanking new stadium. Taking a line through Perth’s swank new Optus Oval, prices begin at $1.6 billion.

For those who make it, competitors and fans, the Brisbane Games will be the time of their lives, that much is certain. But it’s going to be a long 12 years.