Home » Sport » What happened to Dak Prescott and how long will he be out? Dallas Cowboys star undergoes surgery after horror break 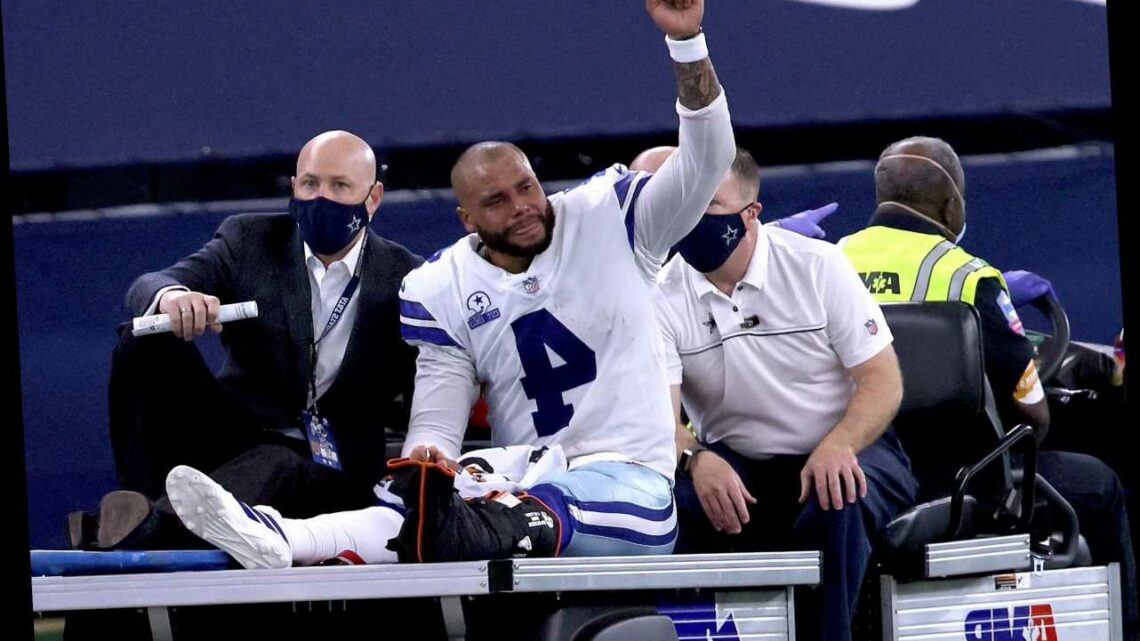 What happened to Dak Prescott and how long will he be out? Dallas Cowboys star undergoes surgery after horror break

The 27-year-old suffered a compound fracture and dislocation and will miss the rest of the NFL season, with only five rounds gone. 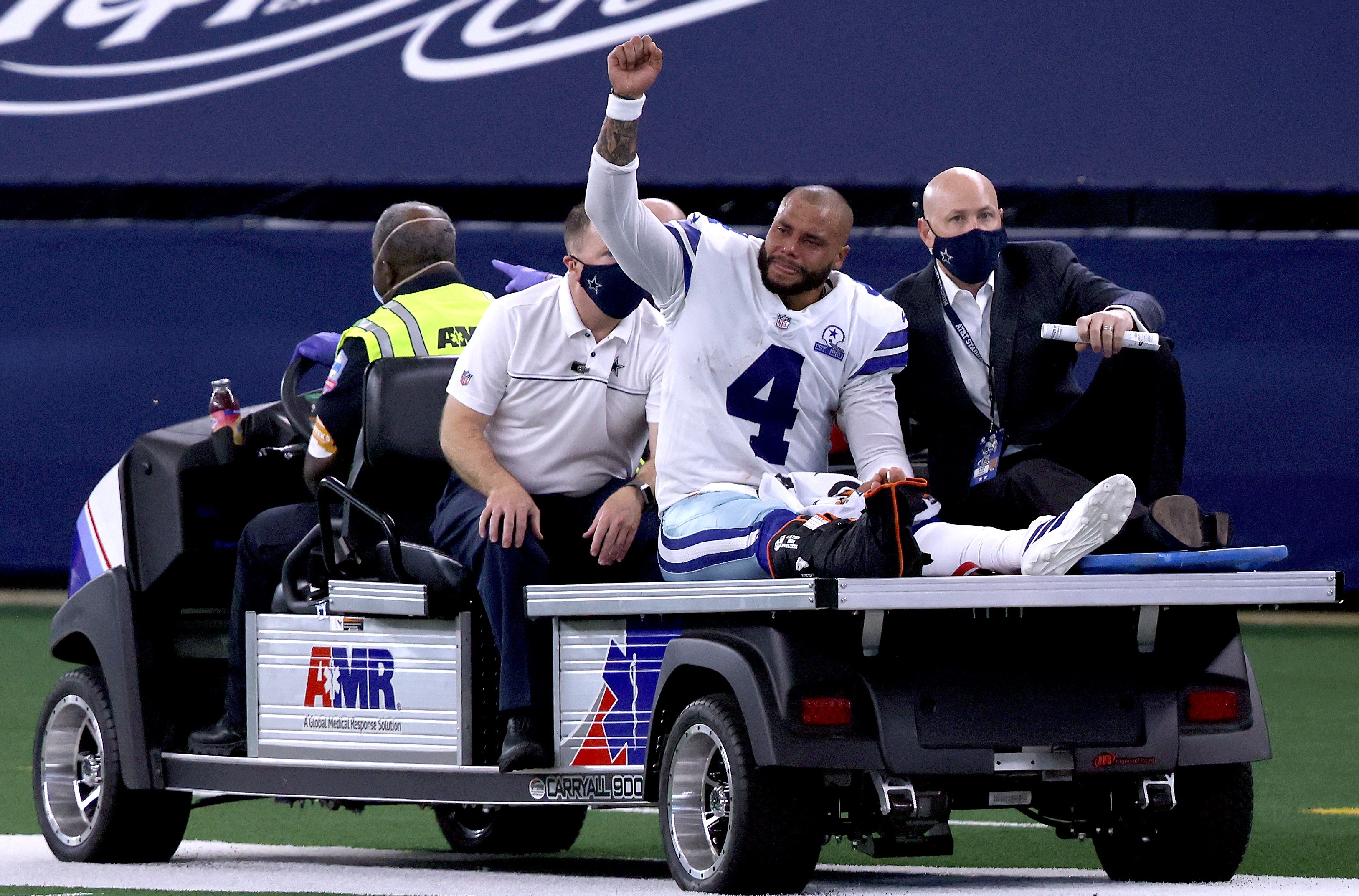 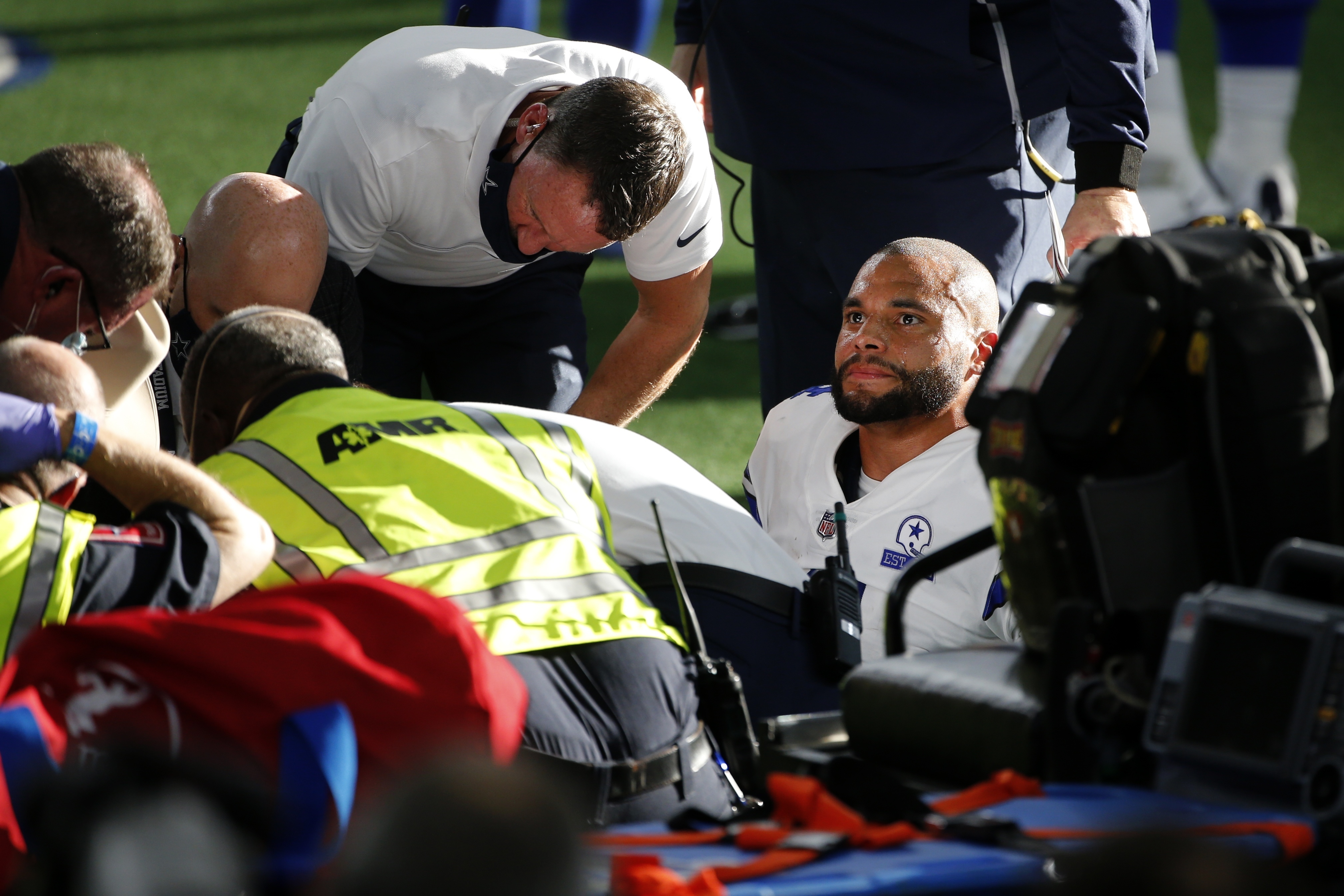 How did Dak Prescott sustain his ankle injury?

Prescott suffered the fracture in the third quarter after gaining nine yards on a play and getting tackled by safety Logan Ryan.

He immediately clutched his right lower leg and cameras immediately spotted the foot jutted out at 90 degrees to the right of the lower limb.

The watching NFL world reacted in horror at the severity of the break, with many wincing or looking away.

After a cast was placed on the leg, Prescott appeared to be crying as he was carted off the field at AT&T Stadium in Arlington, Texas.

Among the people who came near Prescott while he was being attended to on the turf was New York Giants offensive coordinator Jason Garrett, the former coach of the Cowboys.

After the injury, veteran Andy Dalton replaced Prescott and led the Cowboys on the game-winning drive that ended with a walk-off field goal.

What did the Dallas Cowboys say about Prescott's injury?

A statement from owner Jerry Jones on Dak Prescott said: "We are all heartbroken for Dak and this very disappointing injury.

"The outpouring of messages that I have received regarding his setback speaks volumes to the respect and admiration that he has earned from his team-mates, former Cowboys players and Cowboys supporters everywehere.

"We have no doubt that he will return to the position of leadership and purpose that he brings to our team."

When was Michelle Hardwick and Kate Brooks' wedding as they welcome new baby?
World News