Home » Sport » What ever happened to Brandi Chastain’s famous sports bra from 1999? 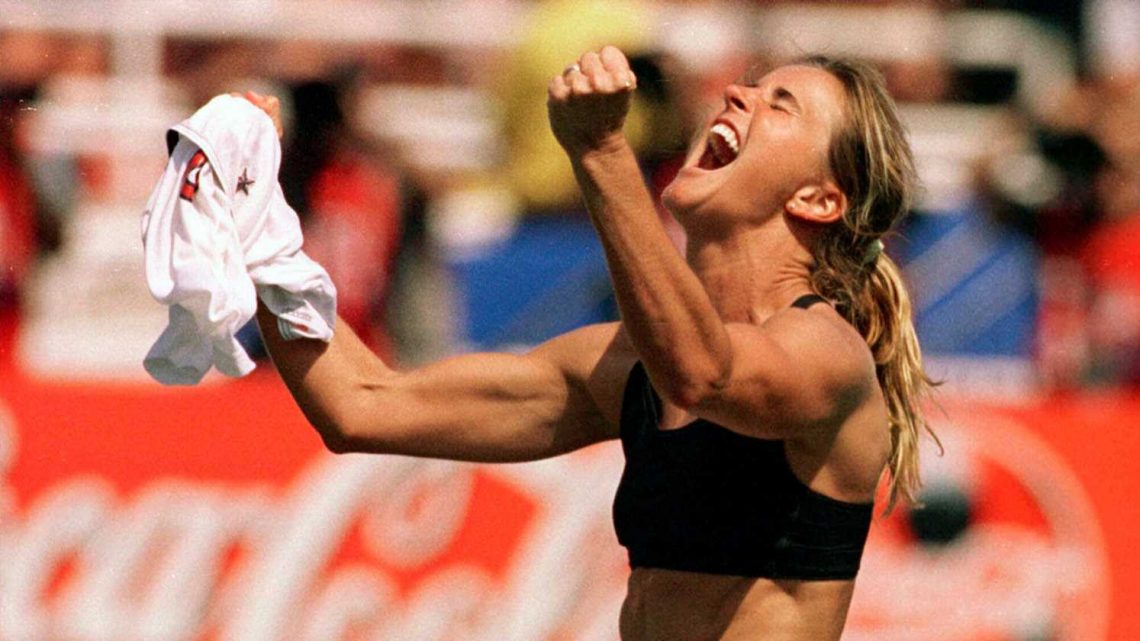 What ever happened to Brandi Chastain’s famous sports bra from 1999?

PARIS – The world’s most famous bra could once be found in a laundry basket.

That black Nike sports bra, which made Brandi Chastain an icon and gave women permission to be proud of their strong, athletic bodies, is now framed and hanging on a wall in her house, next to the frame that has her World Cup jersey and medal. But in the first few years after the 1999 World Cup final, Chastain admits that on the occasions when she hadn’t had time to do laundry and needed workout gear, she would pull out the bra – the same bra she’d been offered several thousands of dollars to sell – and wear it.

“I did put it at the bottom of my sports bra pile,” Chastain recently told USA TODAY Sports. “When I got lazy, I will admit to wearing it.”

It wasn’t as if she had some deep, emotional attachment to it. To her, it wasn’t a cultural and social touchstone, as it had become for so many women. It was a bra, like the hundreds of others she’d worn in her soccer career, the only difference being it was a prototype Nike had given her for the World Cup.

And it wasn’t as if she’d scripted that moment in the Rose Bowl, either, the one that’s been immortalized in the photo of her on her knees, fists in the air, head thrown back and mouth open to unleash a scream of triumph. When she converted her penalty kick, the one that gave the Americans the World Cup title and women the world over a sense of empowerment, Chastain wasn’t thinking. She was reacting.

“I had zero real thoughtful seconds when that happened,” she said.

It’s why she turned down all the offers for the bra. She didn’t want that moment to be tainted, for people to think it was some crass commercial ploy.

ut as the years passed, she came to realize what a powerful symbol it was. What it represented. Even now, 20 years later, people want to share their memories of that moment with her, thank her for the barriers she and her teammates brought down.

“I don’t think there’s enough words to explain that moment. Everyone will look at that differently,” Chastain said. “I’ve heard a billion stories about that moment. I’m glad that people can interpret it how they will.”

So when the Sports Museum of America in New York asked if it could put the bra on display, she said OK.

Then the bra disappeared.

The museum went bankrupt in 2009, just a few months after it had opened, and all of its exhibits were packed up and sent to New Jersey. It would be several months before Chastain saw the bra again, getting it back just before the 10th anniversary of the World Cup title.

“I look at it every day (now) because I walk past it in my house. I don’t sit there and contemplate it as often as I probably should,” Chastain said.

“The titles are awesome. No one is going to take the Olympic title away or the World Cup title away,” Chastain said. “To know more women and girls can use (soccer) to empower them to play the game at a higher level or use the game as a vehicle for empowerment and confidence to be a CEO or whatever they want to be, I feel like it’s leaving the game healthier and happier and in a more healthy place.

Here’s How To Stream The Jonas Brothers ‘Happiness Begins,’ The Best Comeback Album Ever
World News