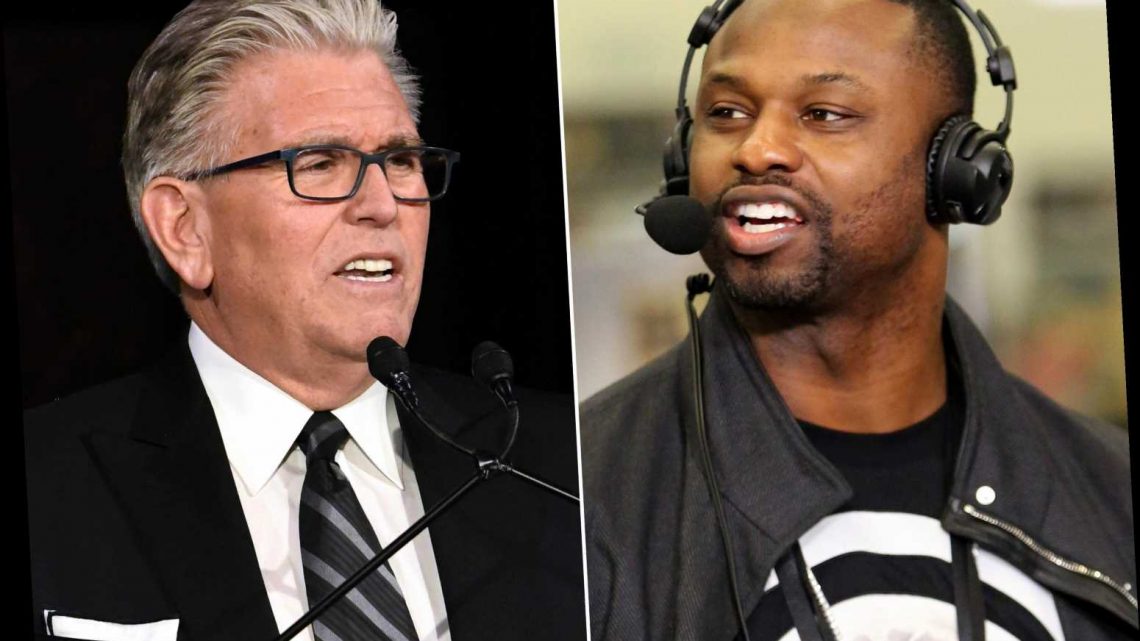 Even as Mike Francesa fades into semi-retirement, turmoil and anxiety remains high at WFAN.

Here in November, FAN is holding live on-air auditions as it tries to figure out how exactly to replace Francesa in afternoon drive just seven weeks from now.

This is highly unusual at this late juncture for the most prestigious local sports radio station in the country or, for that matter, almost anywhere.

Not only that, but two of FAN’s linchpins, Bart Scott and Gregg Giannotti, remain unsigned for next year.

With it somewhat hard to fathom Gio’s deal not eventually getting done, Scott has emerged as the power player in the future of FAN.

Entercom’s approach to its on-air talent has confirmed the industry’s view that it is a small-market company that is not ready for the big city. It has created a potential issue with Gio, where none should exist.

Giannotti, who joined Boomer Esiason in the mornings after Craig Carton was imprisoned, has been part of the No. 1 morning show for two straight books, but Entercom has played hardball with him, offering him a non-guaranteed contract, according to sources.

Giannotti’s “rookie deal” at his dream job as a morning host with WFAN is guaranteed, which is the norm at that level. That contract was negotiated with CBS, prior to Entercom taking ownership of the station.

Before this week’s movement, it had gotten to the point that Giannotti had begun a round of talks with SiriusXM and ESPN about potential roles, sources said. WFAN would be wise to move quickly to try to preserve its reputation as a place where top talent will want to work.

Meanwhile, Scott also remains unsigned at this late juncture with ESPN having interest in luring him for “Get Up!” and possibly radio.

Besides Scott’s on-air work, he is valued by WFAN because he is the second-most requested personality by advertisers after Esiason. This is important to Entercom, which is driven as much by these sorts of deals as it is by ratings as a revenue driver.

Esiason earns more than seven figures, whereas Scott makes around half a million dollars, according to sources.

Meanwhile, though Francesa surprised Entercom executives by publicly announcing he would be leaving afternoon drive at the end of the year, his exact role with Radio.com/FAN is still not fully determined.

Francesa continues to show shrewdness as a businessman as he has leveraged his legacy as opposed to the current state of his performance to broker an apparently advantageous deal.

When Francesa first returned in May of 2018, he agreed to a contract that went through next year, but he used the fact he failed to officially sign the deal to outfox Entercom. He continues to do that in his new semi-retirement three-year contract.

While he still may have some sort of daily presence on the FAN, Entercom will pay him big money as it tries to boost Radio.com. It is an interesting choice to bank on the radio legend at this point.

Francesa, 66, showed little interest in providing extra content for his personal $8.99 subscription app, so it seems hard to fathom he will be all-in on Radio.com.

Even when Francesa made his afternoon departure announcement last week, he did so unbeknownst to his bosses, which left them flat-footed.

As evidenced, Entercom is currently holding tryouts as it tries to figure out its next move.

This week, overnight host John Jastremski has joined Maggie Gray and Scott from 1-3 p.m. Next week, it will be Evan Roberts with Gray and Scott.

While FAN has mostly valued and lavished the morning and afternoon programs, Roberts and Joe Benigno have established themselves with continued strong ratings in the more lunch pail mid-day role.

Roberts is one of FAN’s top host because, despite maintaining a child-like passion for his teams, he usually displays common-sense.

Though far from an insider, he is apt at understanding the intricacies of the local teams.

While Benigno, 66, has often talked about retiring, he and Roberts both have one more year on their current contracts. Entercom could simply promote Joe & Evan to afternoons.

This would seem a potential safe plan if FAN fails to sign Scott. It would require raises for Roberts and Benigno.

Still, FAN is considering breaking the duo up, as it could team Roberts with Scott and Gray, each of whom signed through next year.

With so much uncertainty so late, FAN could look outside of its current on-air hosts and decide to go with parts of its CBS Sports Radio team of Brandon Tierney and/or Tiki Barber, who have New York roots, in some capacity.

However, Tierney and Tiki both remain unsigned for next year, along with nearly all CBS hosts in another odd move by Entercom. Two other names to consider are Sal Licata and Kim Jones — especially if Scott were to leave.

With Francesa being beaten badly by ESPN New York’s “Michael Kay Show” so far in his final book, ESPN has a chance to finally put a real dent into FAN.

With that in mind, it is considering adding a local program to replace Stephen A. Smith when he exits his national show from 1-3 p.m. Francesa may be somewhat leaving the New York sports radio wars, but there is intrigue in his wake.

And, who knows? We might not have heard the last of him in this story, either.