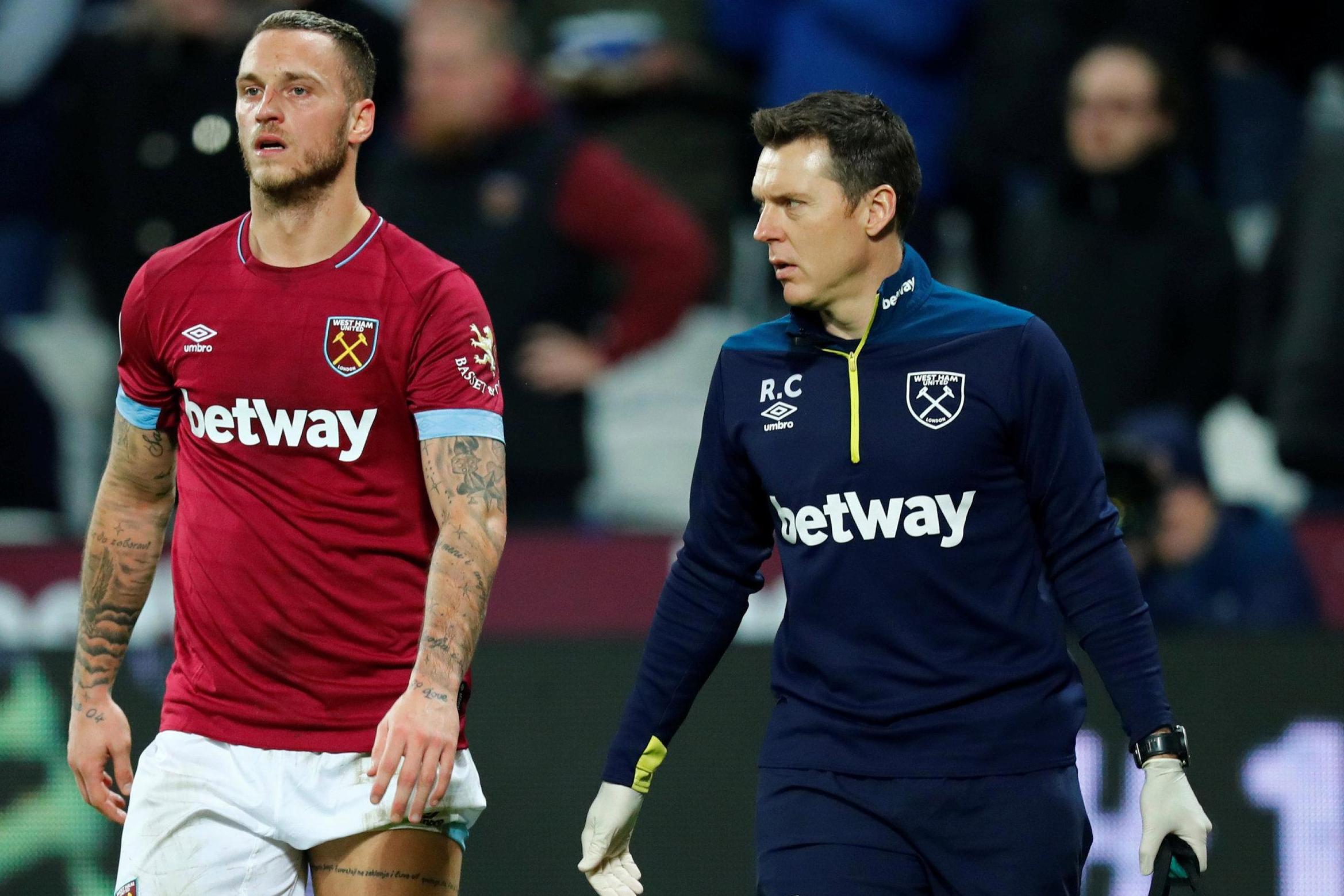 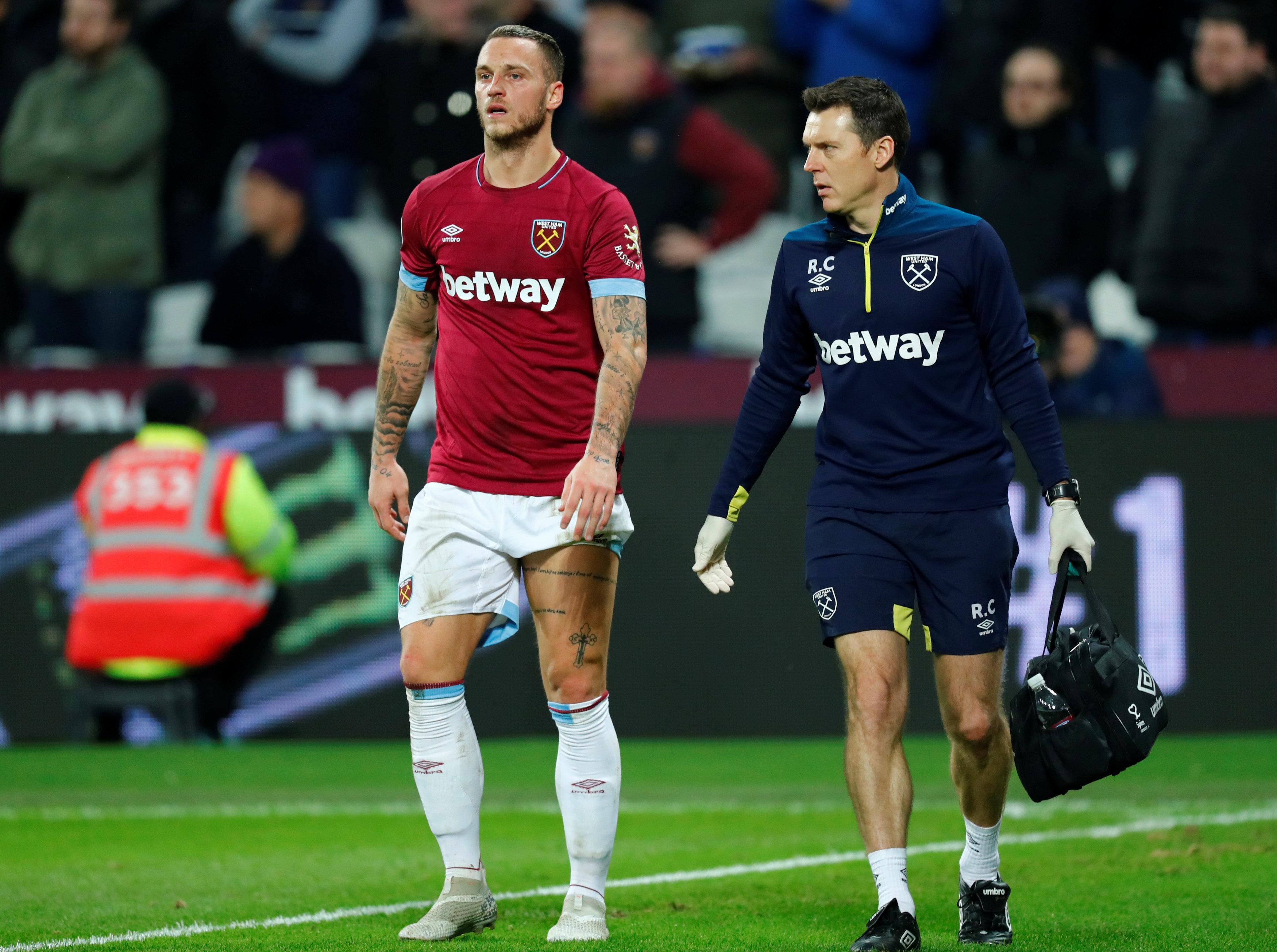 Club medics are letting the affected area settle down before sending him for a scan later today.

Then they will be able to make a full assessment of the injury and how long the Austrian will be out.

But it is likely he will miss most, if not all, of West Ham’s hectic seven games over Christmas.

Arnautovic left the London Stadium on crutches as a precaution. 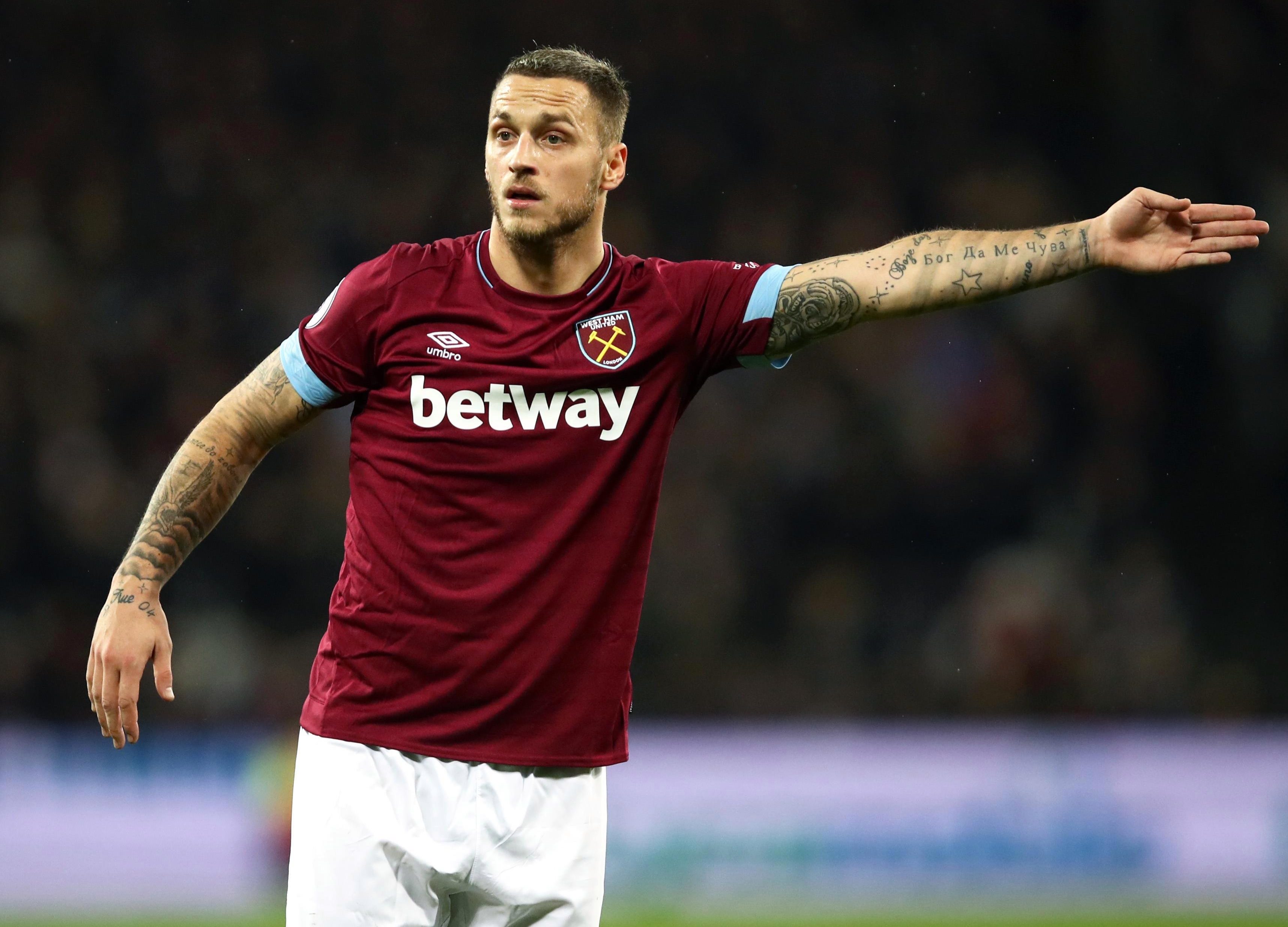 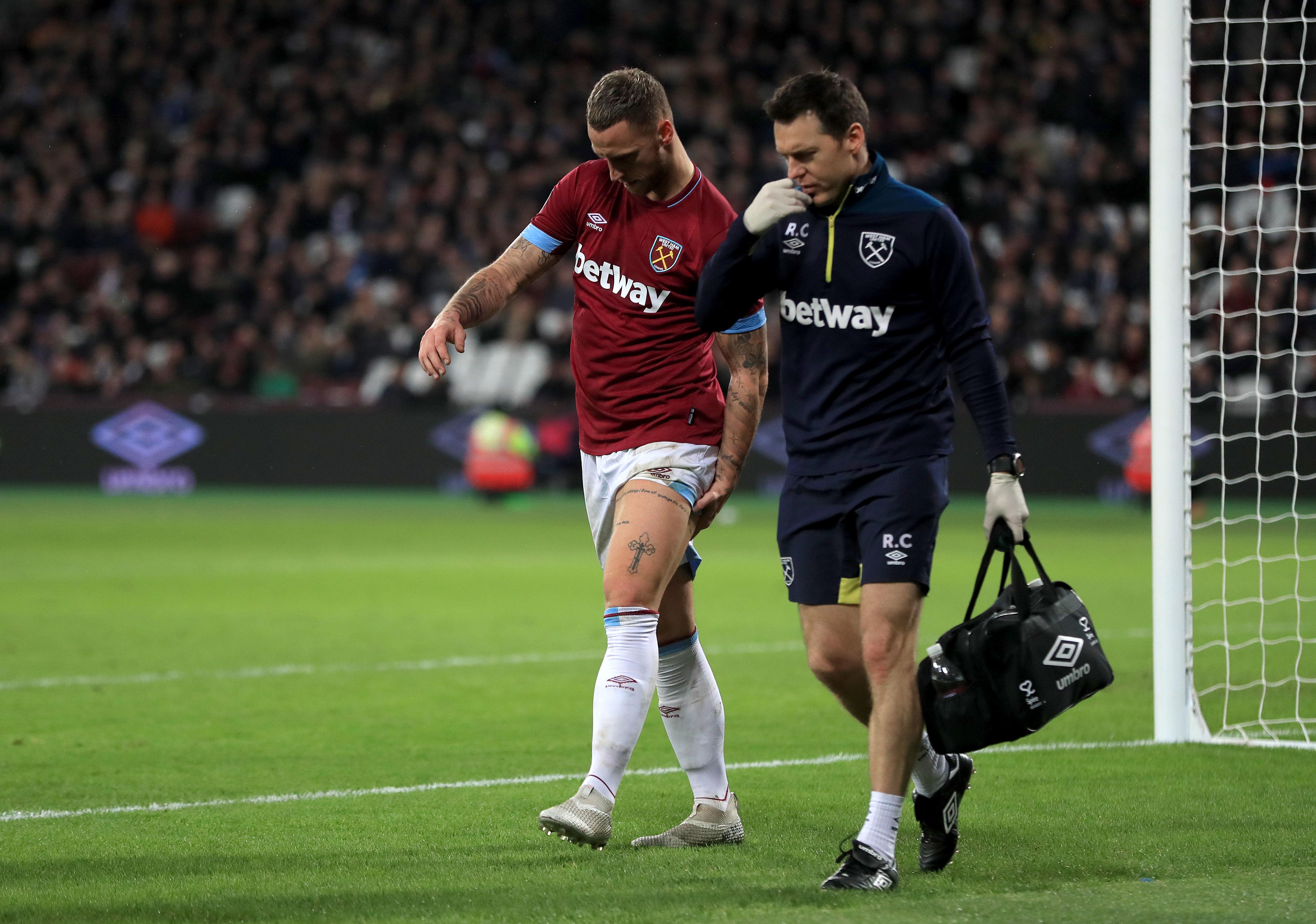 He said: “I will be out for a while but I will do everything to come back stronger and quickly.”

Arnautovic has scored five goals for West Ham this season and his absence is a big blow.

But at least boss Manuel Pellegrini has cover in Lucas Perez, who scored twice after coming on to replace Arnautovic.

New Ireland boss Mick McCarthy will try to talk Hammers midfielder Declan Rice out of switching international allegiance to England in the next couple of days.

McCarthy watched Rice playing for the Hammers this week.

The 19-year-old has played friendlies for Ireland, for whom he qualifies via his grandad.

But the Surrey-born star is able to play for England still and has been courted by the FA.

Meanwhile, Michail Antonio says West Ham are determined to make up for lost time this season.

The Hammers lost their first four matches as £100million of new players bedded in.

But Antonio, who scored against Cardiff on Tuesday, said: “We’re clawing back those points we missed out on at the start.

“We need to take points from the teams around us in the next few games and see how high we can go in the league.”