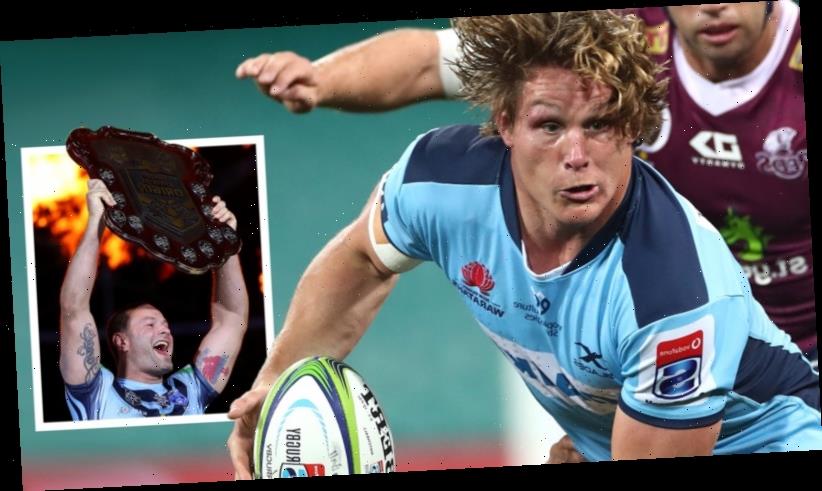 They’ve been rivals in Australia for 112 years but the NRL has welcomed becoming a stablemate of Rugby Australia, whose chairman Hamish McLennan said on Tuesday the two codes now had a shared opportunity to take on AFL.

Rugby will be shown on Nine and its new Stan Sport streaming service from 2021 as part of a three-year contract worth about $38 million a year in cash and contra. 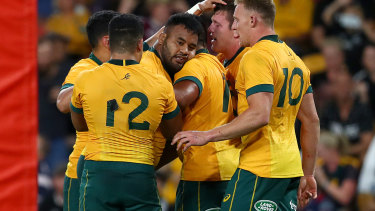 Taniela Tupou of the Wallabies celebrates a try with team mates during the 2020 Tri-Nations match between the Australian Wallabies and the New Zealand All Blacks at Suncorp Stadium on November 07, 2020 in Brisbane, Australia. Credit:Getty Images

“There is obviously a lot of crossover with player movements and even some coaching but I think improving the broader rugby economy against AFL is a good thing,” McLennan said. “We should be sharing playing fields and infrastructure to make the greatest impact for players and the community.”

NRL chief executive Andrew Abdo had been made aware Nine, the publisher of this masthead, was taking on rugby and said league officials were not threatened by the acquisition.

“The real focus for us is not so much on other sports. I don’t feel like we’re competing for fans,” Abdo said. “There are people who are cricket fans that in winter will follow AFL if it's a good match, or NRL if it’s a good match or watch the Wallabies.

“To be honest you kind of welcome competition. The Australian market is so competitive but I believe that has brought out the best in all sports. Participation is different. In the very long term you want to make sure you’re capturing the hearts and minds of parents and their kids.” 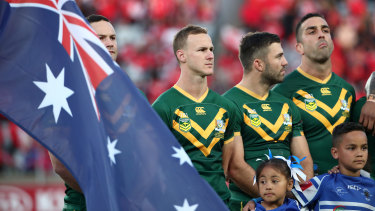 Daly Cherry-Evans lines up for the Kangaroos against Tonga.Credit:Getty

The NRL and Nine were at loggerheads during the suspension of the league season six months ago when Marks slammed the organisation for mismanagement and said “it’s not a given that the NRL has to be part of our future”.

The parties subsequently agreed to a revised television deal and the NRL extended its contract with Foxtel out until the end of 2027.

Abdo said Nine and Stan’s commitment to rugby loomed as a positive for the NRL because of the broadcaster’s planned investment in innovation and production resources that it could use for both.

“I’m excited by what it means for Nine’s long-term commitment to live sport and in particular rugby league. I believe it’s good for us,” he said. “It makes sense for us to have a partner who clearly has identified live sport as a key pillar of their content strategy.”

He said the NRL was in no hurry to secure its own free-to-air future beyond the 2022 season, when the Nine deal expires.

“Now is not the time for that,” Abdo said. “We’ve got two years to run, so we’re not in a rush. But now that we’re through this year and we’ve got a plan and we’re organised for the next two years, it would be good obviously in the next 12 to 18 months to have our long-term free-to-air partnership finalised.”

Asked on Monday about Nine having both league and rugby, Marks said: “I don’t think there’s any conflict at all."

Sports news, results and expert commentary delivered straight to your inbox each weekday. Sign up here.

'The Big Bang Theory': 3 Ways Leonard and Penny Were Just Like Ross and Rachel of 'Friends'
World News