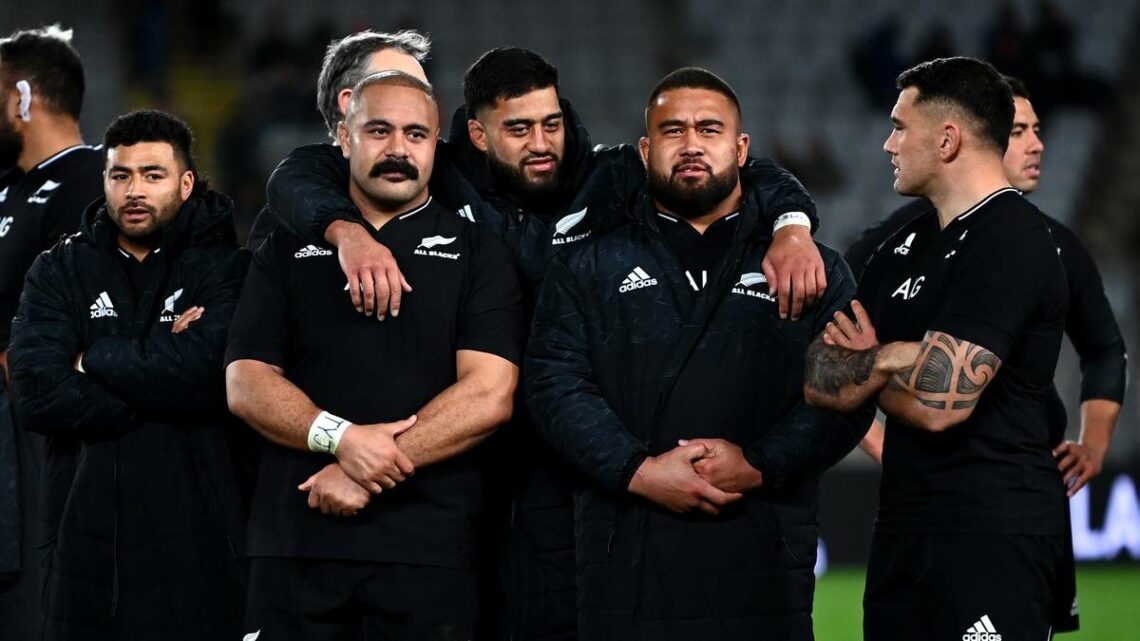 Ian Foster had two options after the All Blacks dished up an inconsistent display in the opening Bledisloe Cup test – reach for the all-powerful selection tool to send an immediate message, or show faith in the same group to respond.

That Foster opted for the latter at this stage of the season should not surprise. He was never going to push the panic button.

There was a strong case for the All Blacks to inject more punch into their lightweight back three in the form of Jordie Barrett at fullback after Damian McKenzie’s size, and his tendency to be isolated while cribbing across field, was exposed at times by the Wallabies.

The All Blacks could also have reshuffled their loose forward trio by promoting Luke Jacobson from the bench.

Foster instead resisted the urge to wield the axe, largely because he wants to give his first-choice combinations time to settle after revealing his favoured XV for the first time last week.

The only tweaks the All Blacks have made to their backline, as they seek to lock away the Bledisloe Cup for a 19th straight year, are injury-enforced.

The minor knee ligament knock Anton Lienert-Brown suffered last week took him out of contention, necessitating Rieko Ioane’s switch from wing to centre, and with Will Jordan fully recovered from his hamstring issue, he is promoted to the right edge.

While demanding improvements from his side’s loose start, frantic finish and poor discipline after conceding 18 penalties, Foster outlined the continuity approach to selection.

“We’ve put pressure on this group to respond and give us more of a complete performance. I’m a believer in that and I think it’s the right thing for this team right now,” Foster said.

“We’re going to get a more committed Australian team and we need to make sure we’re matching fire with fire there.

“We need growth and I think the best way to get growth at this stage of the season is to keep developing the combinations. There were a lot of lessons from last week. Whilst there’s been a lot said about the things that didn’t go well, there was a lot that did go well and we’ve got to make sure we enhance those.”

In a contrasting selection approach, Wallabies coach Dave Rennie made five changes to his starting side which includes recalling influential wing Marika Koroibete following his suspension for drinking past team curfew, promoting experienced playmaker Matt To’omua to No 12 and injecting Waratahs enforcer Lachie Swinton at blindside.

Rookie Wallabies wing Andrew Kellaway made a name for himself by suggesting during an Australian radio interview the All Blacks were under pressure to maintain their Eden Park record, where they last lost in 1994, and claiming the aura had worn off Foster’s men.

Asked for his response, Foster said: “They’ve said they want to take us on a little bit more and that’s the response we’d expect out of them. I’m intrigued they’re trying to pile pressure on us. It’s a Bledisloe Cup series; they’re 1-0 down I’m pretty sure there’s pressure on them too because we want to win it.

“A young winger who has just played his first test said that so maybe he was a little bit misquoted, I don’t know.”

Saturday’s test is likely to be the All Blacks last at home this year. They will then prepare to depart for Perth and the third Bledisloe Cup match on August 28. While the trans-Tasman bubble remains closed the All Blacks have no confirmed return date and they could be forced to stay on the road for three months.

Foster is not yet totally resigned to that fate, however, after Prime Minister Jacinda Ardern announced on Thursday that a limited number of fully vaccinated people will test home isolation from October.

“We’ve got a whole lot of options and one is staying away for a long time. What we do know is that’s the likely option unless things change,” Foster said. “Today we heard they’re looking at different options of quarantining for those who are fully vaccinated, which we will be, and with a bit of luck we’re playing in the right parts of Australia where Covid is less of any issue so maybe that increases our options come mid-September.

“We don’t know that yet but there is a bit of hope it may not be a big long stint. I’m not too worried about that right now. It is what it is. We can’t control it.

“We can control the performance on Saturday, playing for the Bledisloe Cup and the opening game of the Rugby Championship that sets us up really well.”