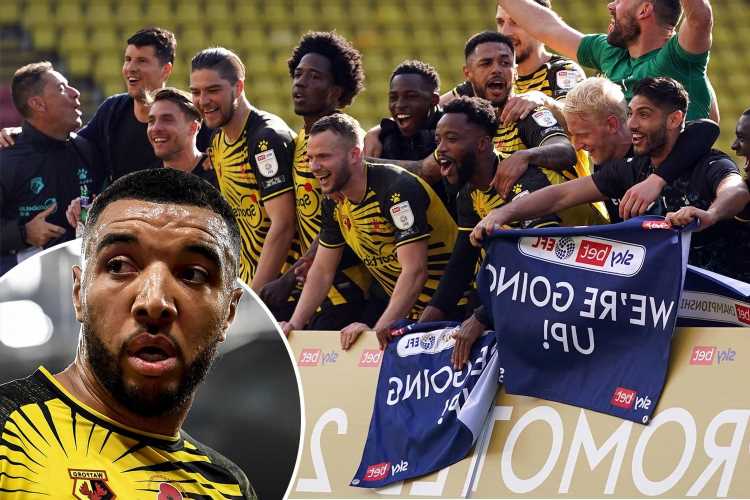 I’VE heard all the talk since Watford’s promotion back to the Premier League.

I’ll be 33 this summer, I’ve missed a large chunk of the season through injury, I’ve been doing a lot of media work, so I won’t be playing a lot of football next season, right? Wrong. 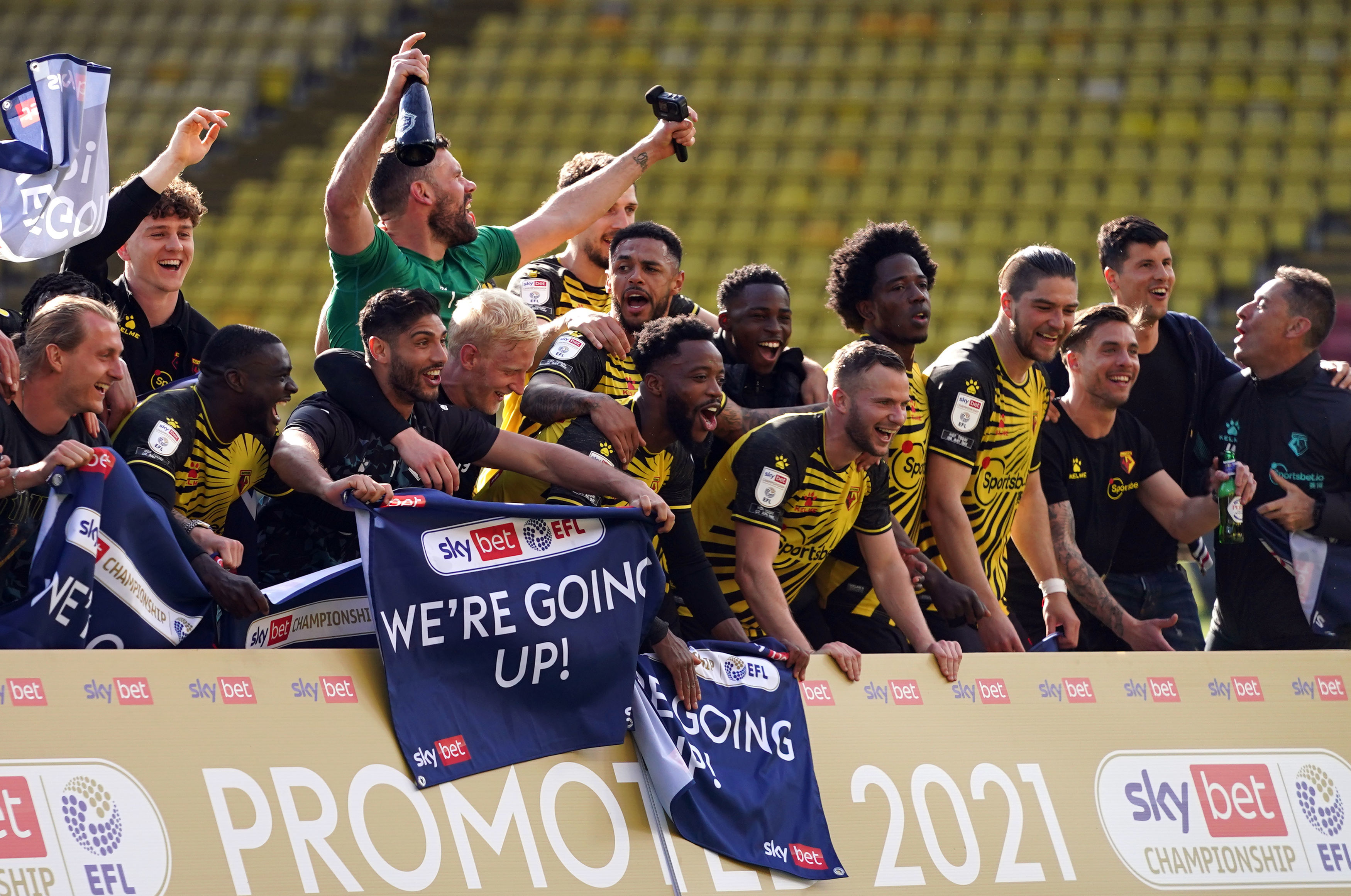 I’m not angry about all these suggestions. I’m smirking and I’m using it all as motivation.

People can underestimate me and assume my career is winding down but I am very far from done.

I’m back to fitness after tearing my Achilles and calf and I’m hoping to feature in our final match of the season against Swansea.

Then I’m going to train all summer and attack the new season head-on.

Normally I have a summer blow-out, then go through hell in pre-season to get myself back into shape.

But not this summer. I am still under contract at Watford and I have never been so determined to be in tip-top condition to get into the team for the start of next season.

People are far too quick to write off players when they are over 30. But although I’m not slow, I don’t have electric pace and I do have a decent football brain.

There is no reason why I can’t play at the top level for a good few seasons yet. 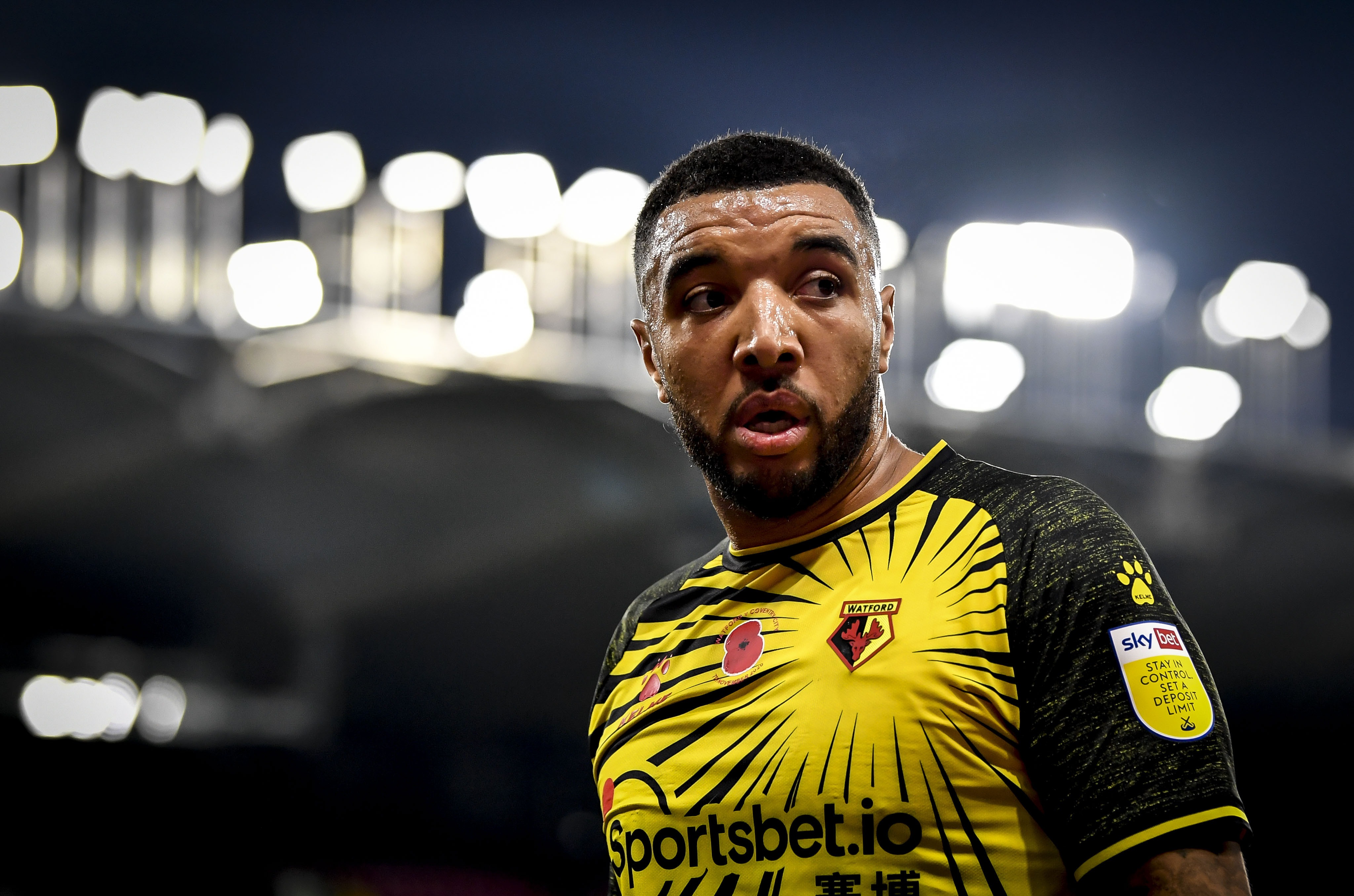 I scored 10 goals in 27 games during our last Premier League season and that is not a bad record in a relegated side.

I’ve been doing media work for talkSPORT and The Sun and I’m now on the PFA board and have been involved in a lot of anti-racism work all of which I have found rewarding.

But that is not as time-consuming as people think. If they reckon I’m not focused on my football, then they don’t know me at all.

I can’t wait to be back in the top flight, hearing our supporters roaring us on again and hearing the opposition fans calling me every name under the sun.

I’ve missed those opposition fans almost as much as the Watford supporters – I feed off the abuse I get. I can’t wait to play at all those great stadiums again – places like Villa Park and Elland Road for the first time in years, in front of a full house.

I’m determined to savour it more than ever, for as long as I’ve got.

As a player when you recall great games you play in, it is the atmosphere you remember first.

This has been the strangest of seasons and I am absolutely thrilled for all my team-mates – especially those who’ve experienced promotion for the first time. 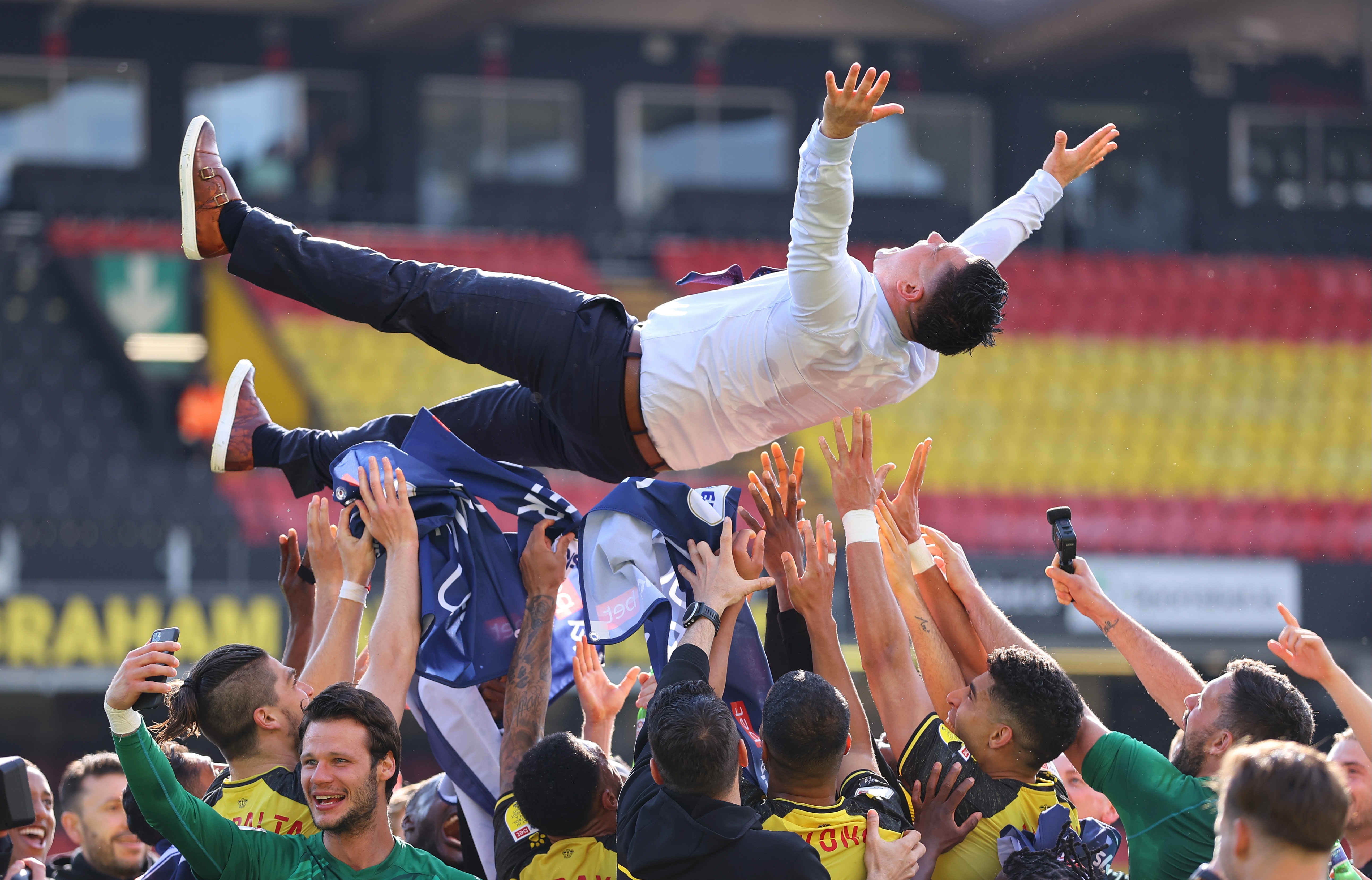 Playing such a central role for Watford over the last decade, I can’t pretend it hasn’t hurt my ego that I’ve not been involved anywhere near as much as I’d have liked this season.

I have still played well at times, I’ve scored some important goals and provided assists and in the last few months, I’ve been at matches, in the dressing-room, sitting near our subs and been as vocal as I would have been out on the pitch.

Our manager, Xisco Munoz, has made sure I’ve been involved and I’m delighted he is going to get a stab at the Premier League.

When he arrived in December, he lifted the mood 100 per cent.

There aren’t many managers who can strike the right balance between the arrogance you require to be the boss and the humility needed to listen to others but Xisco has got that.

Some managers think they know it all. Some shy away from unpopular decisions. Not Xisco.

He was a fine player with Real Betis and Valencia, where he worked under Rafa Benitez, who is a mentor to him. He wants us to play it out from the back – but he is pragmatic and flexible too.

He is only 40 and hasn’t been managing for long. He has arrived in a new country, during the middle of a pandemic – which causes so many challenges for players and managers – and he has still managed to create an excellent team spirit. 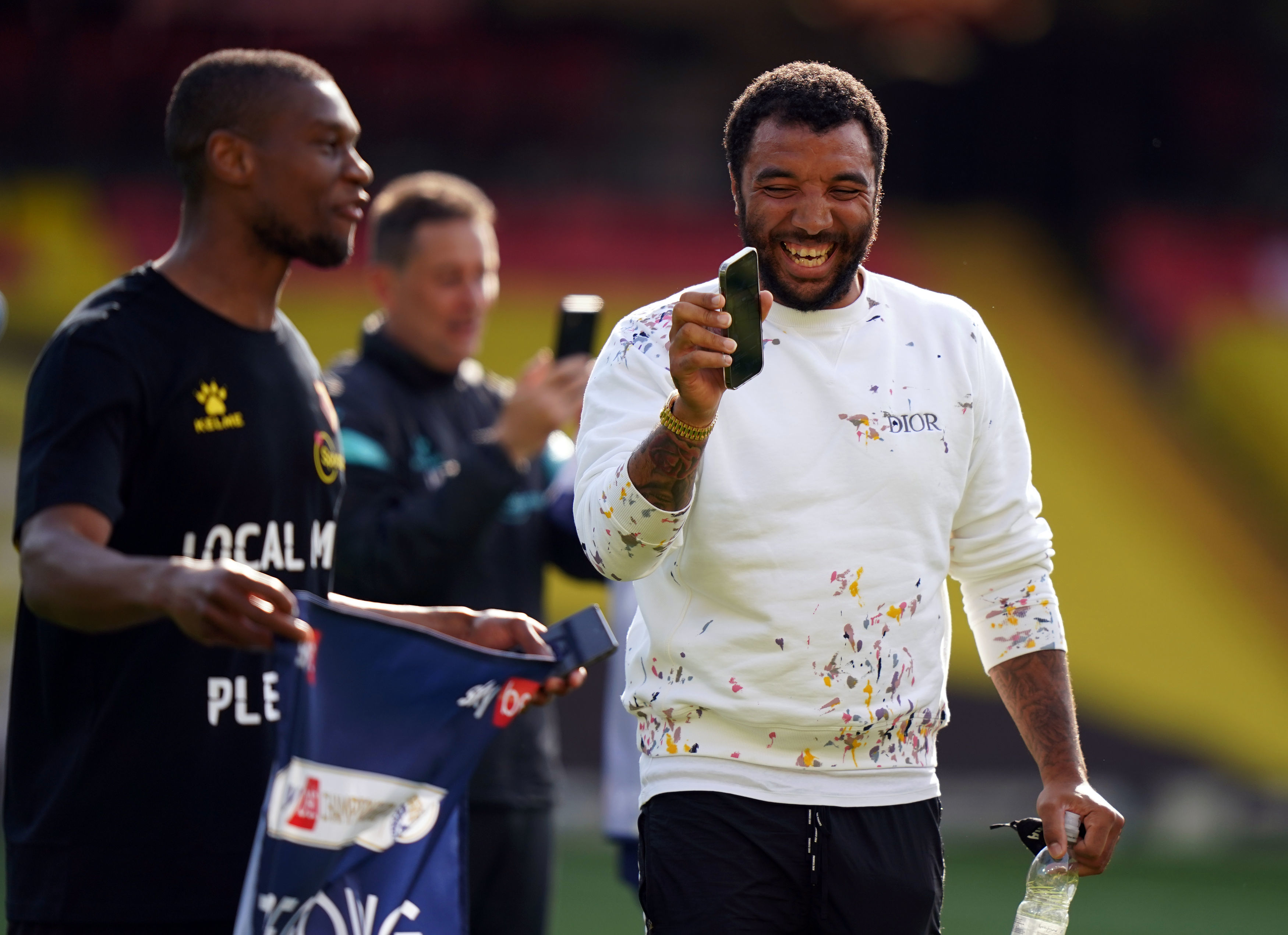 Those are the sort of places where we’ve been changing at away games. And half-times have often been rushed.

Normally a manager might wait a few minutes before delivering his message but often, at away games, we haven’t had the time after we’ve reached whichever weird and wonderful places we’ve been stationed in.

Footballers are a superstitious bunch, very particular in our preparations – but a lot of that has gone out of the window.

We’re privileged to have been able to carry on playing the game we love during the pandemic but there have been unique challenges and I’m proud of the way we secured promotion at the first attempt.

Finally, I know Watford’s owners have a reputation for being ruthless with managers but I’m proud of how the club stuck by its employees after relegation, when they could easily have used Covid as an extra excuse to make a raft of redundancies.

I love this club and can’t wait to play a big part as captain in the Premier League again.

If you think I’m anywhere near finished, then you haven’t seen the big smirk on my face!

A Note To Pandemic-Weary Moms: Don't Wait For Others To Celebrate You This Mother's Day — Honor Yourself