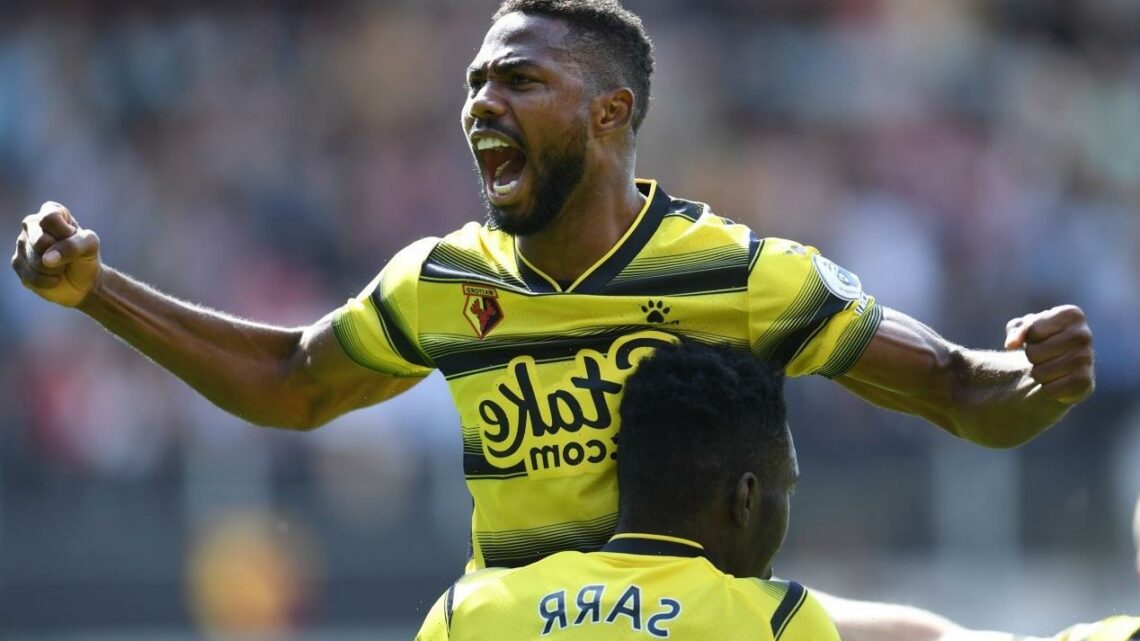 WATFORD have found their very own Dennis the Menace – and he is already causing Premier League havoc.

Summer signing Emmanuel Dennis looks the part in his striped jersey, and his sling-shot of a right boot helped earn the Hornets a stunning three points on their Prem return. 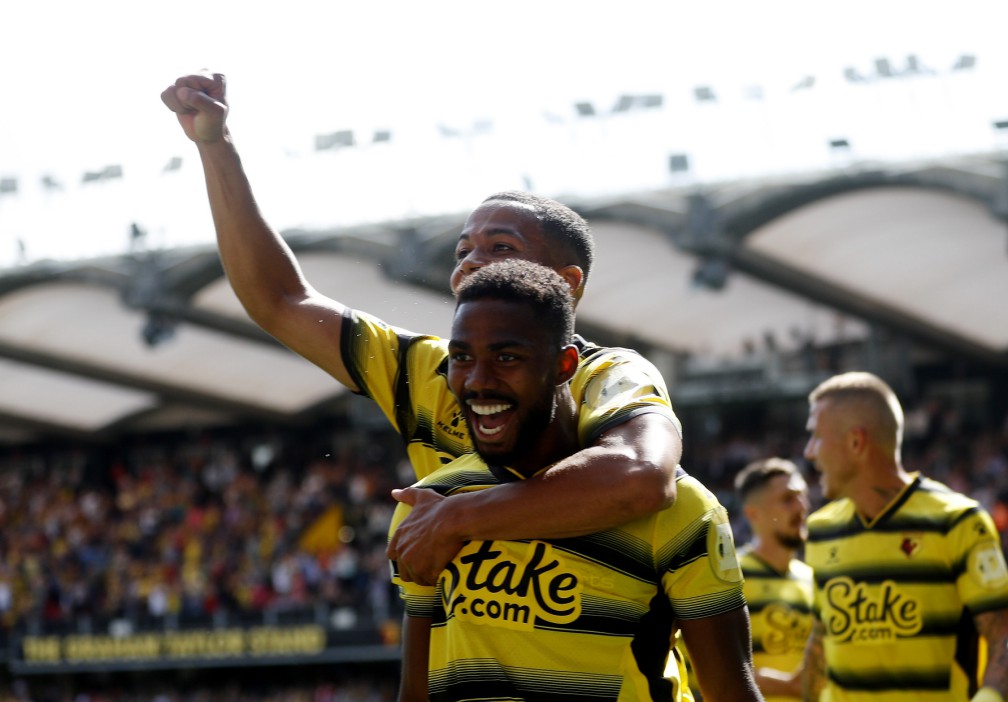 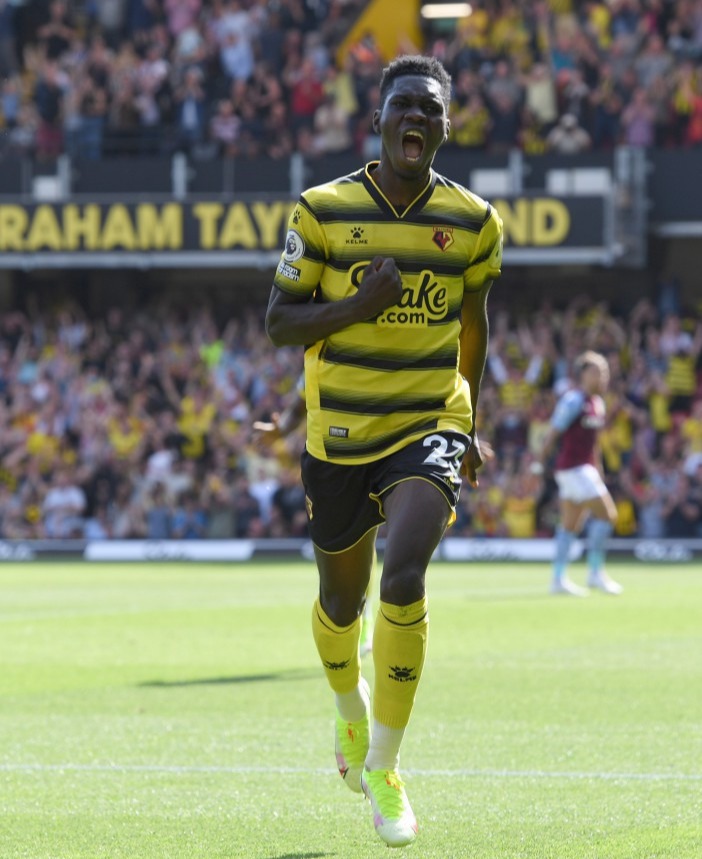 He also teed up Ismaila Sarr – another player who tore Villa to shreds – in a first-half blitz that had Watford boss Xisco Munoz dancing with glee on the touchlines.

Second-half substitute Cucho Hernandez then also scored on his Prem debut just seconds after coming on to make it a full-on rout before John McGinn’s effort and Danny Ings' injury time penalty.

As for Villa manager Dean Smith, if he didn’t know how tough life would be without Jack Grealish, he was given a painful reminder – the score certainly didn't tell the whole story here.

Three of the players purchased using that £100m fee were thrown together at Vicarage Road in an attacking trio of Ings, Emi Buendia and Ashley Young.

But, unsurprisingly, they looked disjointed and unfamiliar – something that will surely change over time but proved too soon on this occasion.

The same cannot be said for Munoz’ Watford, and Dennis’ link-up with Sarr up top looks to have all the ingredients of a partnership made in top flight heaven.

Dennis’ afternoon ended on a sour note after hobbling off, and Hornets fans will be hoping is it only a precautionary measure for their new star.

The £4m signing of the Nigerian, 23, from Club Brugge was a statement of intent by Munoz – keen to provide competition for now-fit skipper Troy Deeney.

Dennis got the nod over club legend Deeney from the off, and instantly repaid his new manager’s faith after just 10 minutes.

Matt Targett failed to deal with a goal kick allowing Tom Cleverley to nip in and play Sarr into open space down the left.

His pull-back found Dennis, whose initial first time effort was blocked by Ezri Konsa before firing the rebound under the body of Emiliano Martinez.

Dennis spoke in pre-season about wanting to emulate another Nigerian Watford striker in Odion Ighalo in his debut Prem campaign.

He is certainly on the right track. And if he goes on to match his compatriot’s maiden Prem tally of 15 goals, his name will be sung around these parts for years to come.

Watford’s dynamic duo continued to cause Villa’s back four issues, with Sarr making Targett wish he had stayed in the dressing room. 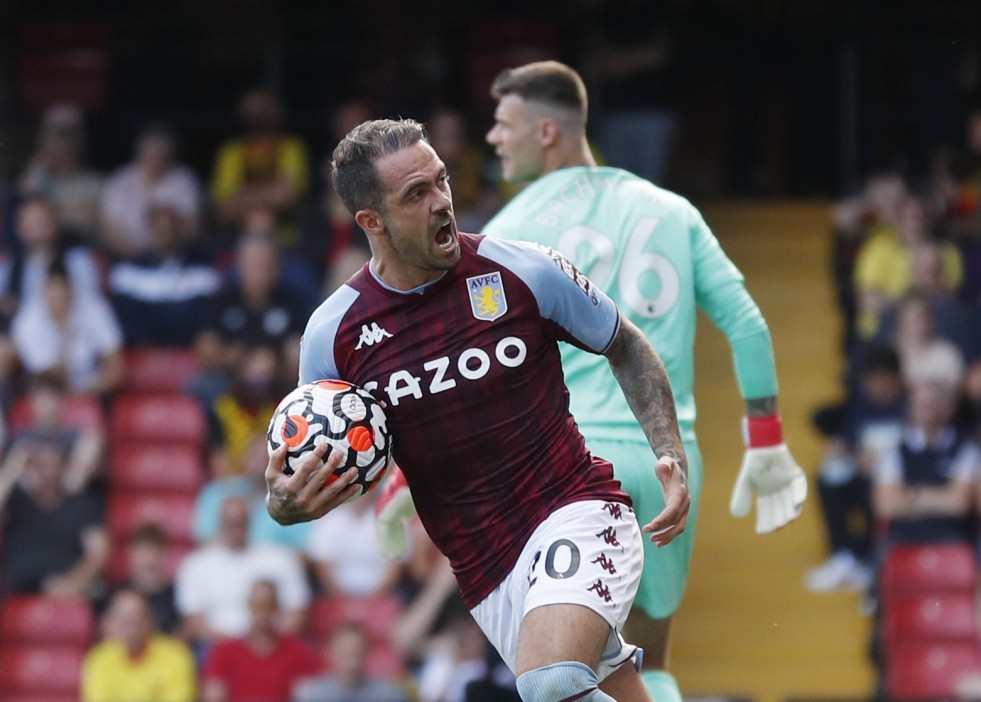 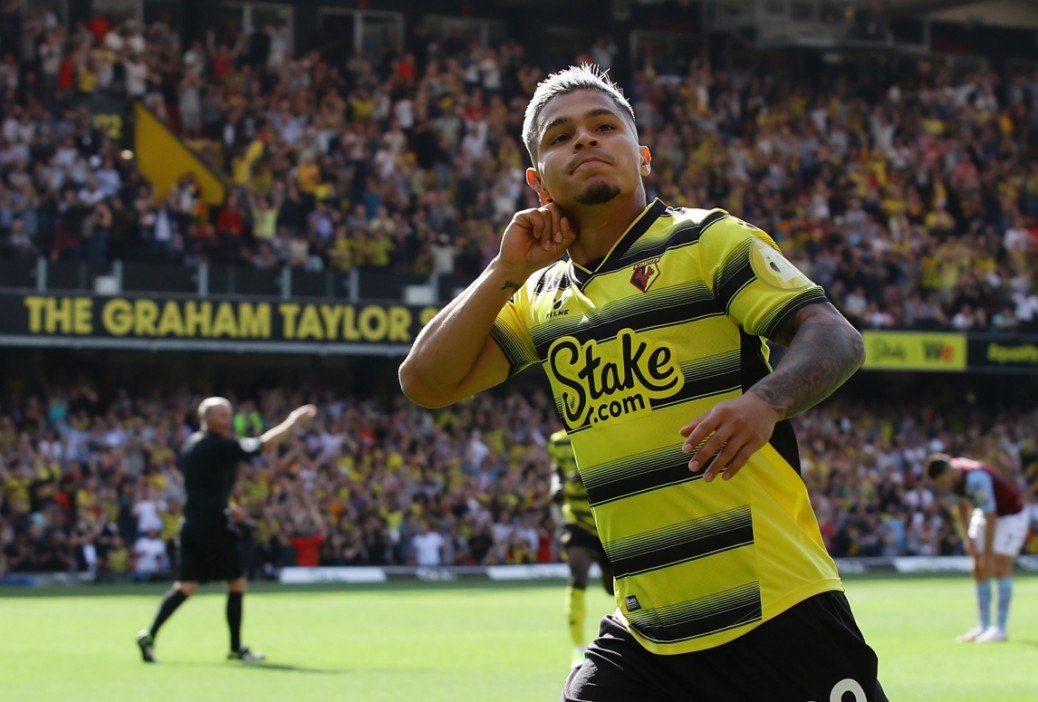 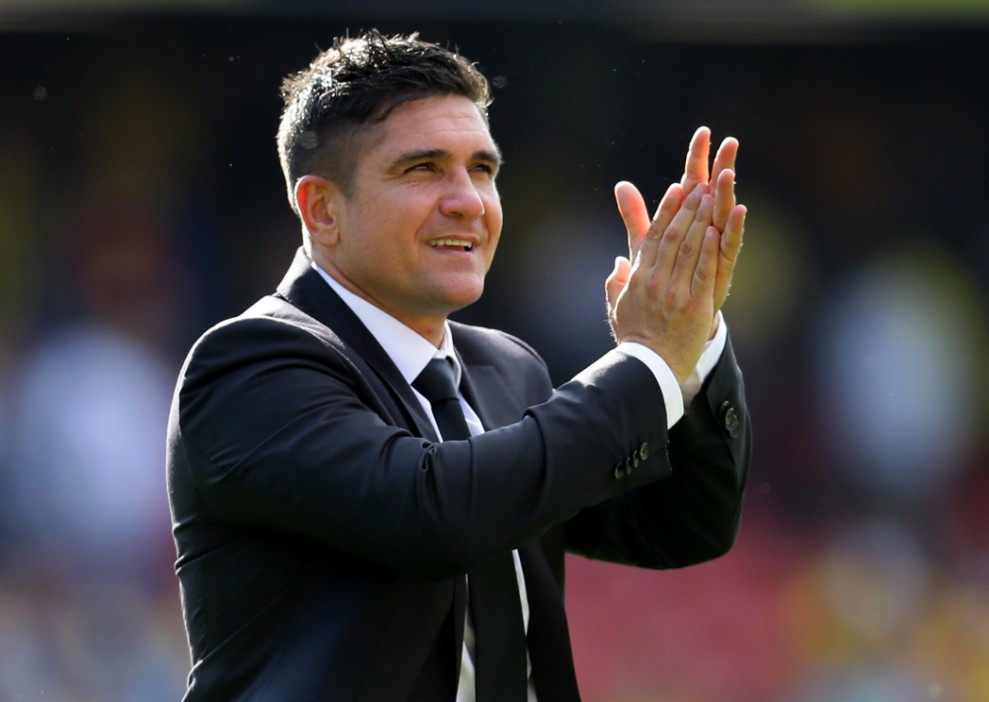 At the other end, Ings – eager to show he is worth every penny of the £25m Villa splashed out for him – was isolated.

Even after Smith mixed things up with Buendia moving out wide and Young more central, their new goalscorer was feeding off scraps.

Unlike Dennis and Sarr, who were never more than 20 yards apart and making a mockery of England international Tyrone Mings’ abilities at the back.

And in the 42nd minute, he was made to pay by Dennis and Sarr once more.
Another long ball not dealt with as Sarr’s flick-on found Dennis who ran at Mings before laying it off to his new pal.

Mings’ attempts to get back and block Sarr’s shot saw him deflect the ball over Martinez and into the far corner.

Smith made changes at the break in hope of a response, with Targett hauled off, Young moved to left-back, Jacob Ramsey on in midfield and McGinn at No.10.

It made near to no difference, even with another new signing Leon Bailey making his debut on the hour mark.

Watford were comfortable, and grabbed their third in the 67th minute as Hernandez – on for the injured Dennis – introduced himself with a curling beauty from range.

McGinn hit back three minutes later with a fine first-time strike of his own, and Ings scored his first Villa goal from the spot after Adam Masina's late trip on Bertrand Traore.

But despite the late scare, this was Watford’s day. Munoz’ menaces mean business. 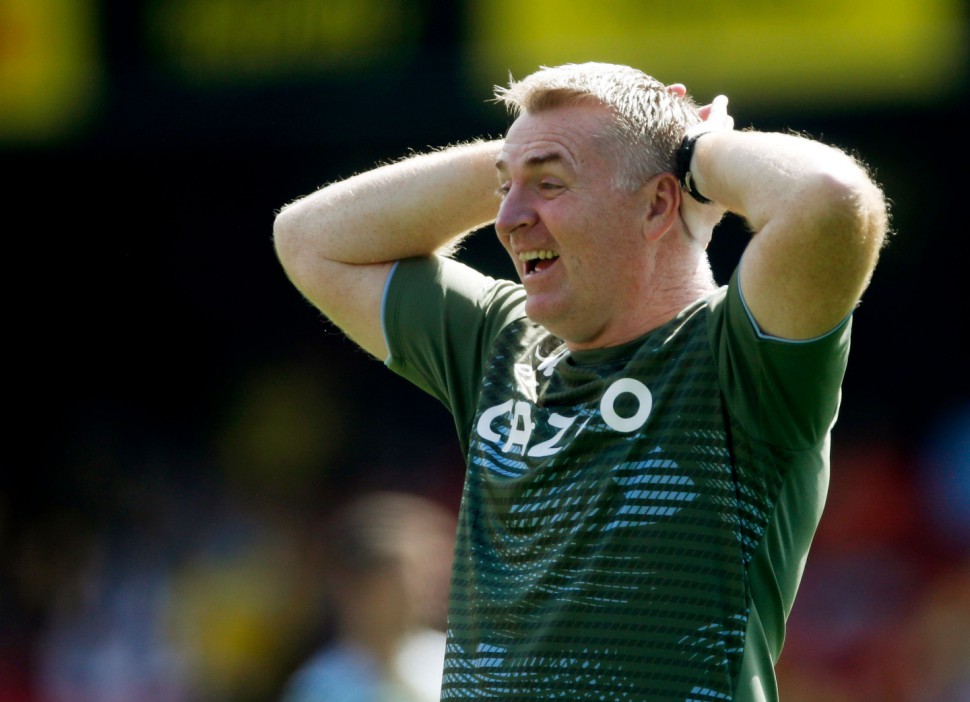 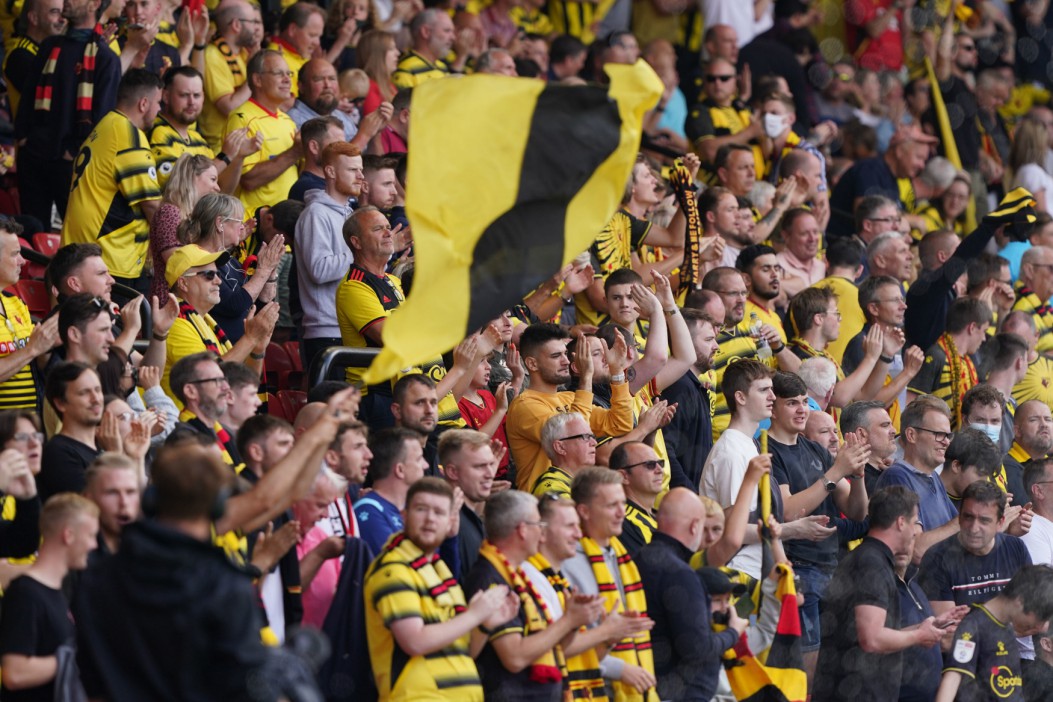 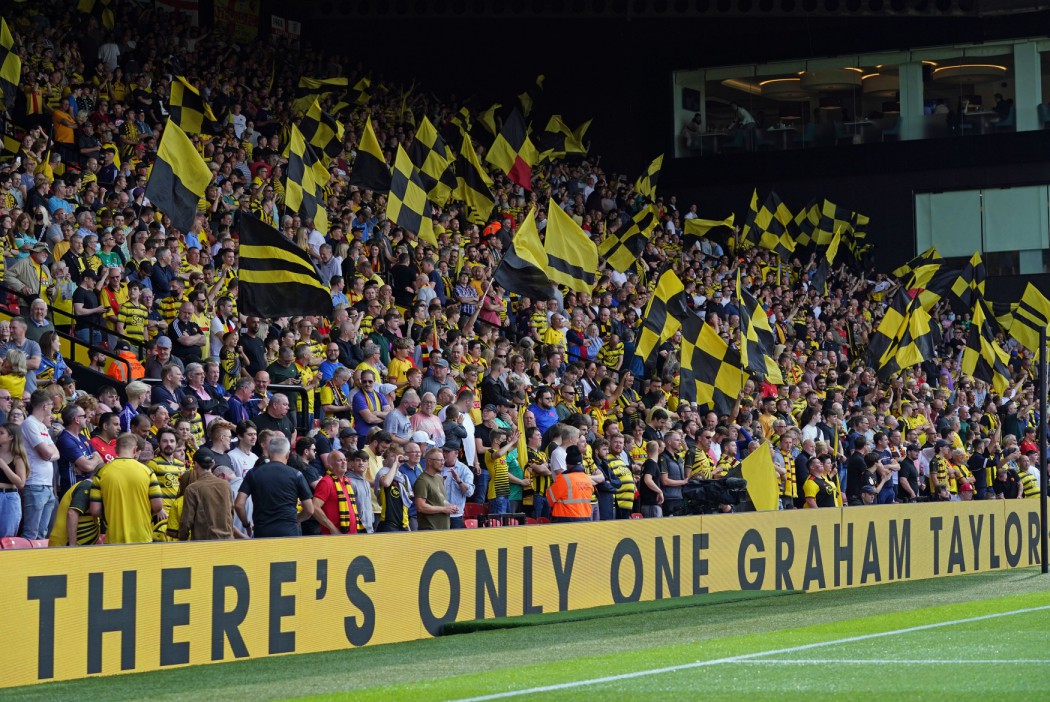