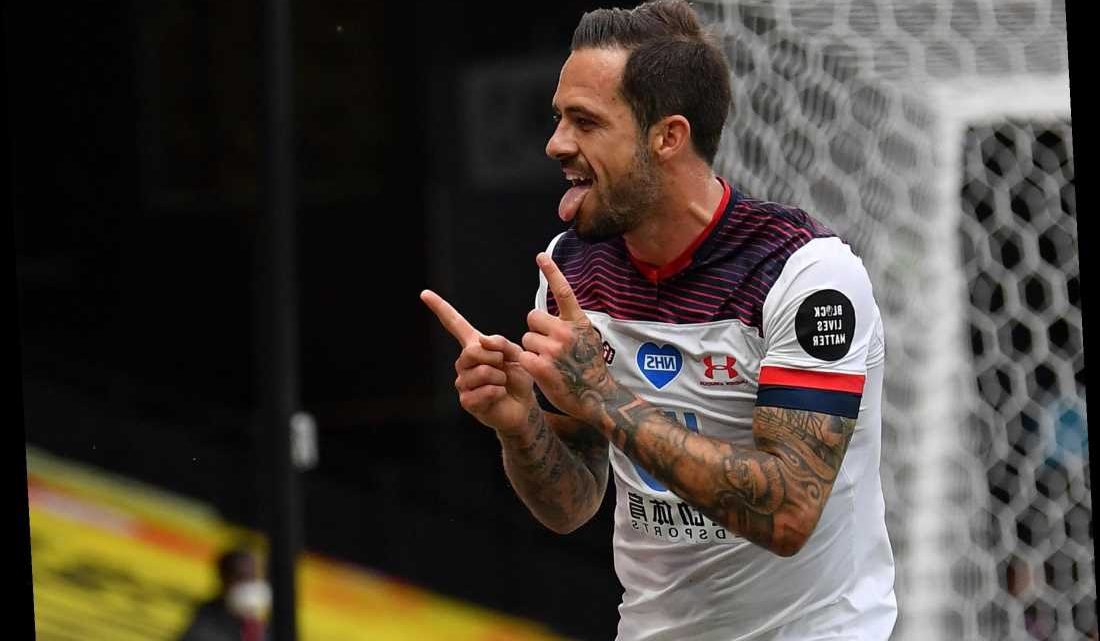 Unlike three of his stars, Watford boss Pearson was in no mood to party after Ings’ double sealed the points for Saints. 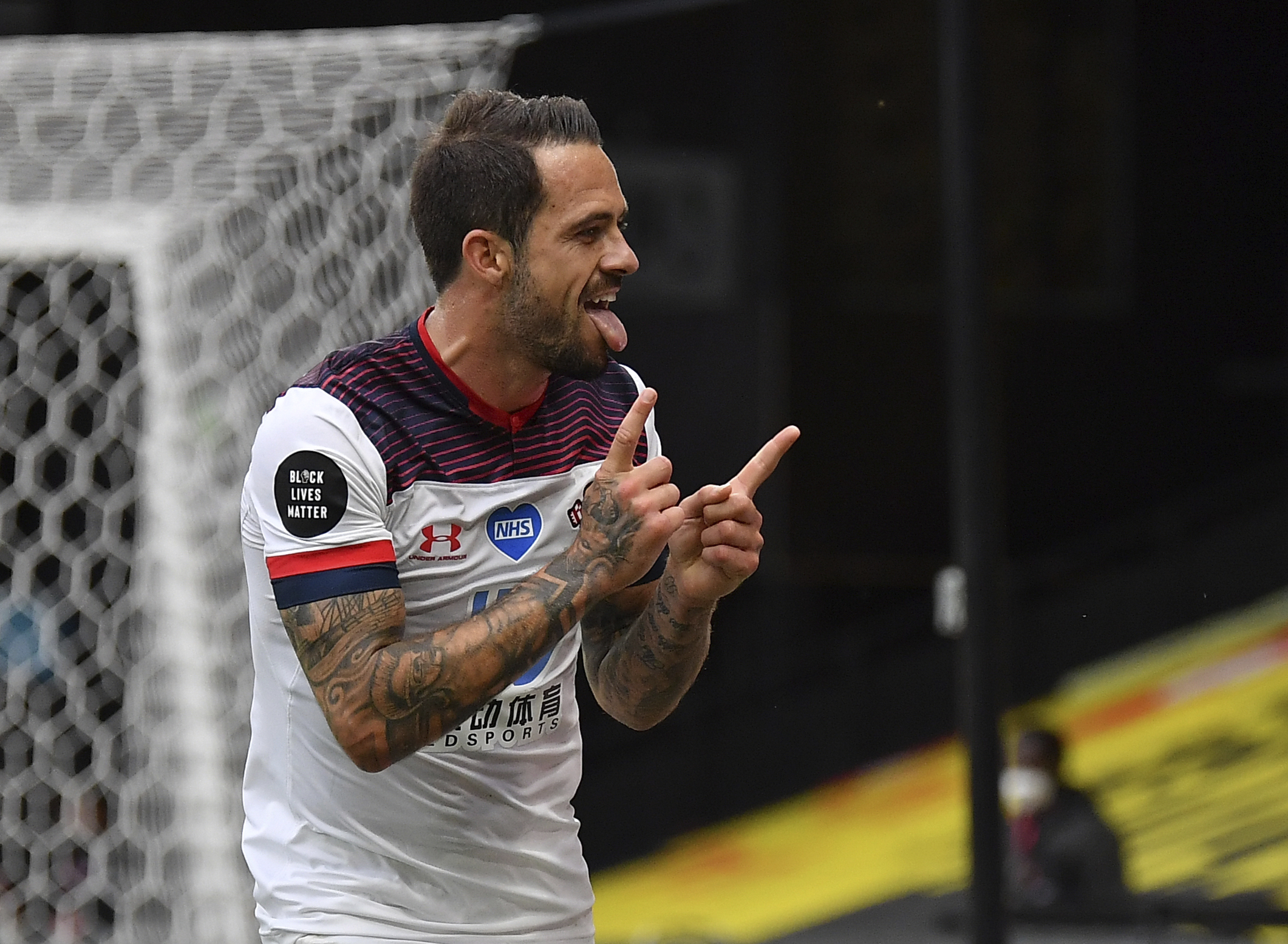 Defeat left the hapless Hornets deep in the mire at the bottom of the table and piled more misery on their manager.

The club confirmed Pearson was forced to axe Andre Gray, Nathaniel Chalobah and Domingos Quina from the squad “to ensure the health and safety of all players, staff and officials at today’s game”.

Pearson’s mood was not helped by the fact his players on the pitch performed as though they had been at a rave-up.

He could clearly be heard shouting at fourth official Kevin Friend in the first half: “Don’t f***ing patronise me.”

Gray’s only appearance since football returned came as an 85th minute substitute in their 1-0 defeat at Burnley on Thursday. 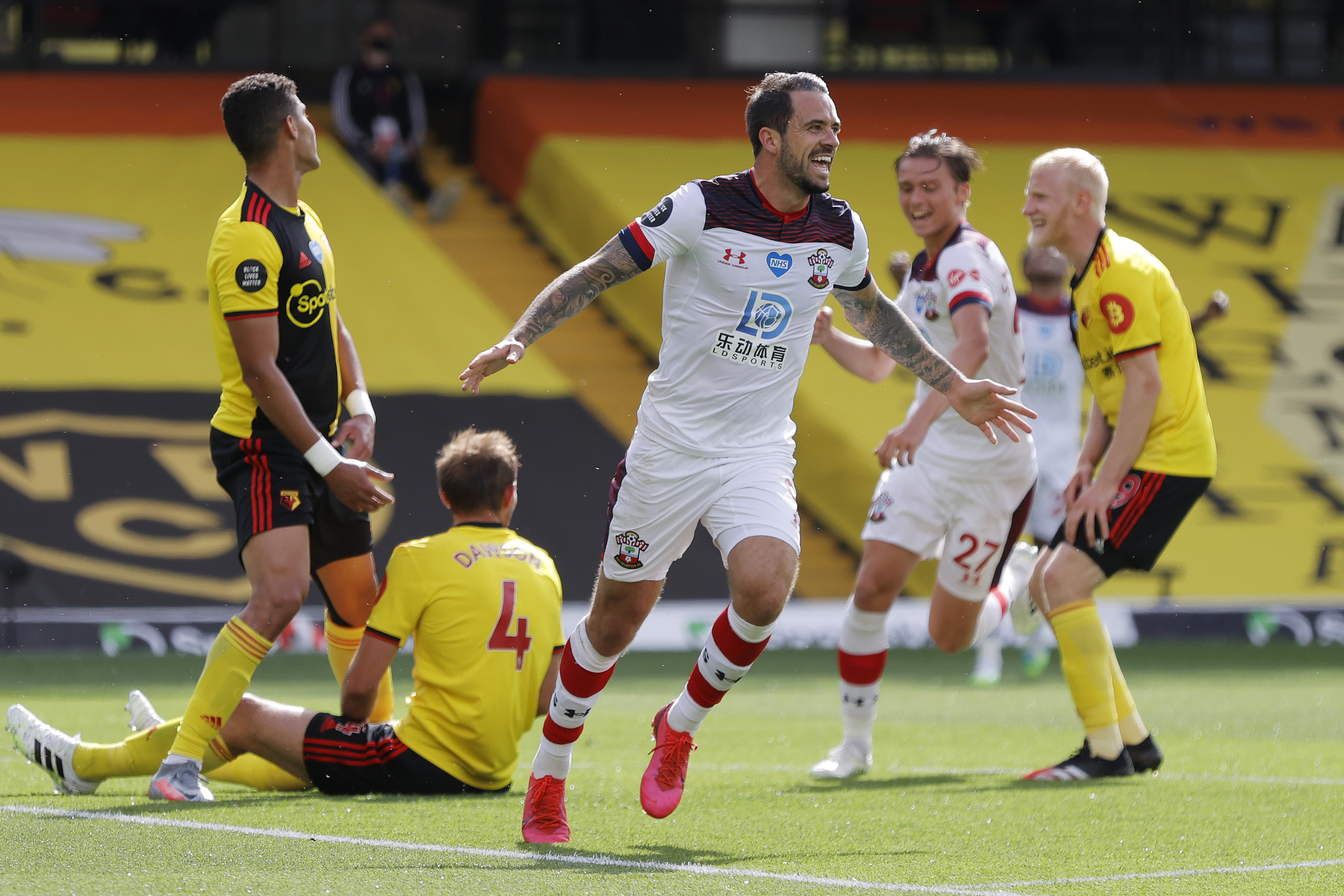 The irony is, he probably would have got more minutes as the Hornets could have done with him.

Quite what his skipper Troy Deeney – who delayed his return to training because he admitted he was scared about contracting coronavirus – made of Gray’s bash is anybody’s guess.

Gray is a passionate supporter of Black Lives Matter – which makes his call to put lives at risk for a glass of vino and a few nibbles even more baffling..

After his omission from the Hornets’ matchday 20, the next party he hosts could be his leaving one.

You could not help but think Fleetwood Mac’s ‘Go Your Own Way’ was dedicated to Gray when it was played before kick-off.

Southampton keeper Alex McCarthy kept his place despite going walkabout during his side’s 2-0 defeat at home to Arsenal on Saturday. 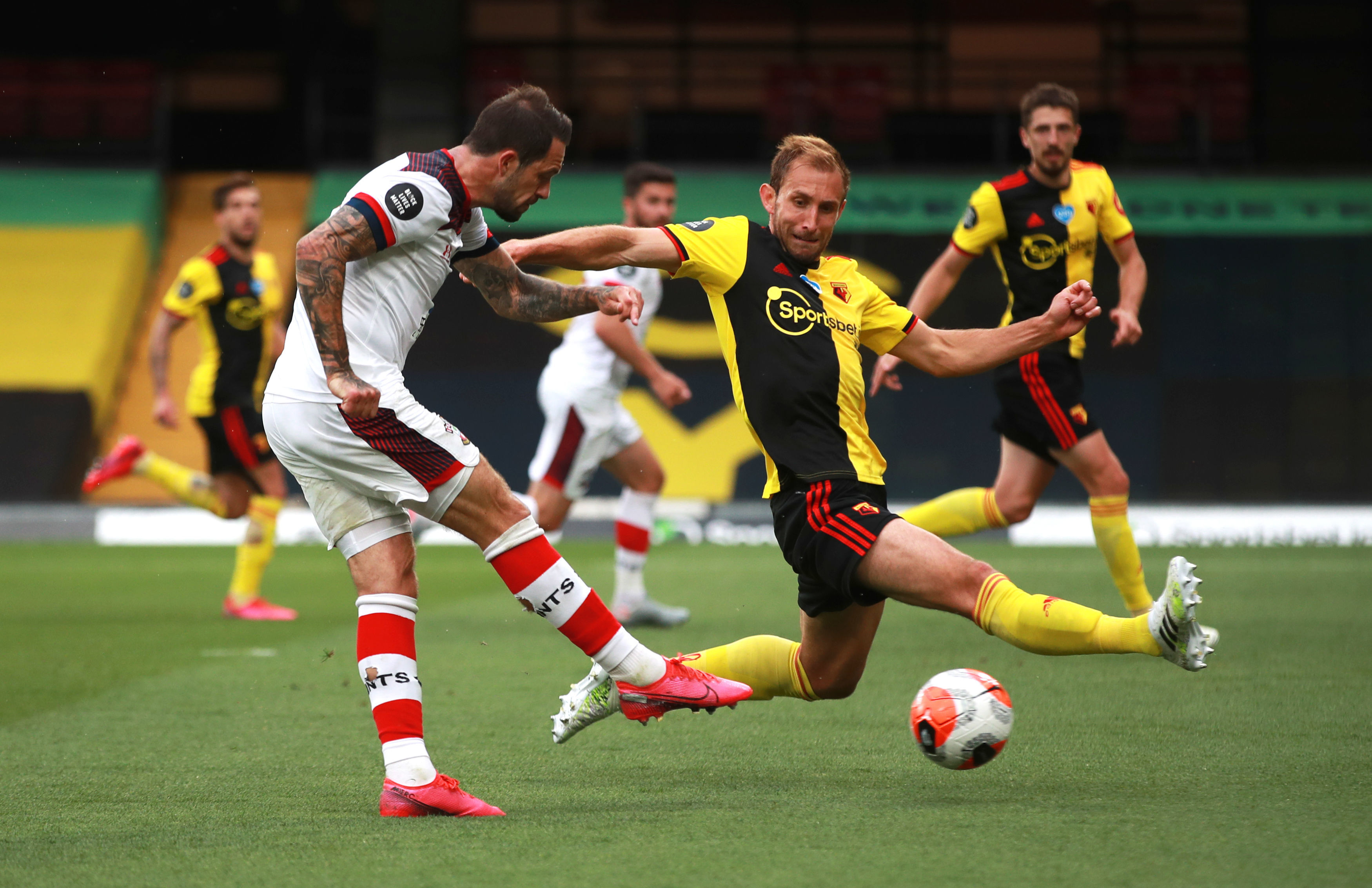 But he did not have a serious save to make, as in-form Ings stole the show with a goal in each half.

A Jan Bednarek own goal briefly gave the Hornets some hope – before James Ward-Prowse’s brilliant free-kick sealed the visitors a victory they thoroughly deserved.

If the Manager of the Year award was given for bouncebackability, their boss Ralph Hasenhuttl would surely win it hands down.

Not many thought he would last after his strugglers were thrashed 9-0 at home by Leicester in October.

The biggest ever home defeat in Premier League history left Saints third-bottom after 10 matches and their Austrian gaffer facing the long waltz.

But remarkably he was not fired and even more remarkably he managed to turn his team’s woeful form around and haul them out of the drop zone and up the table. 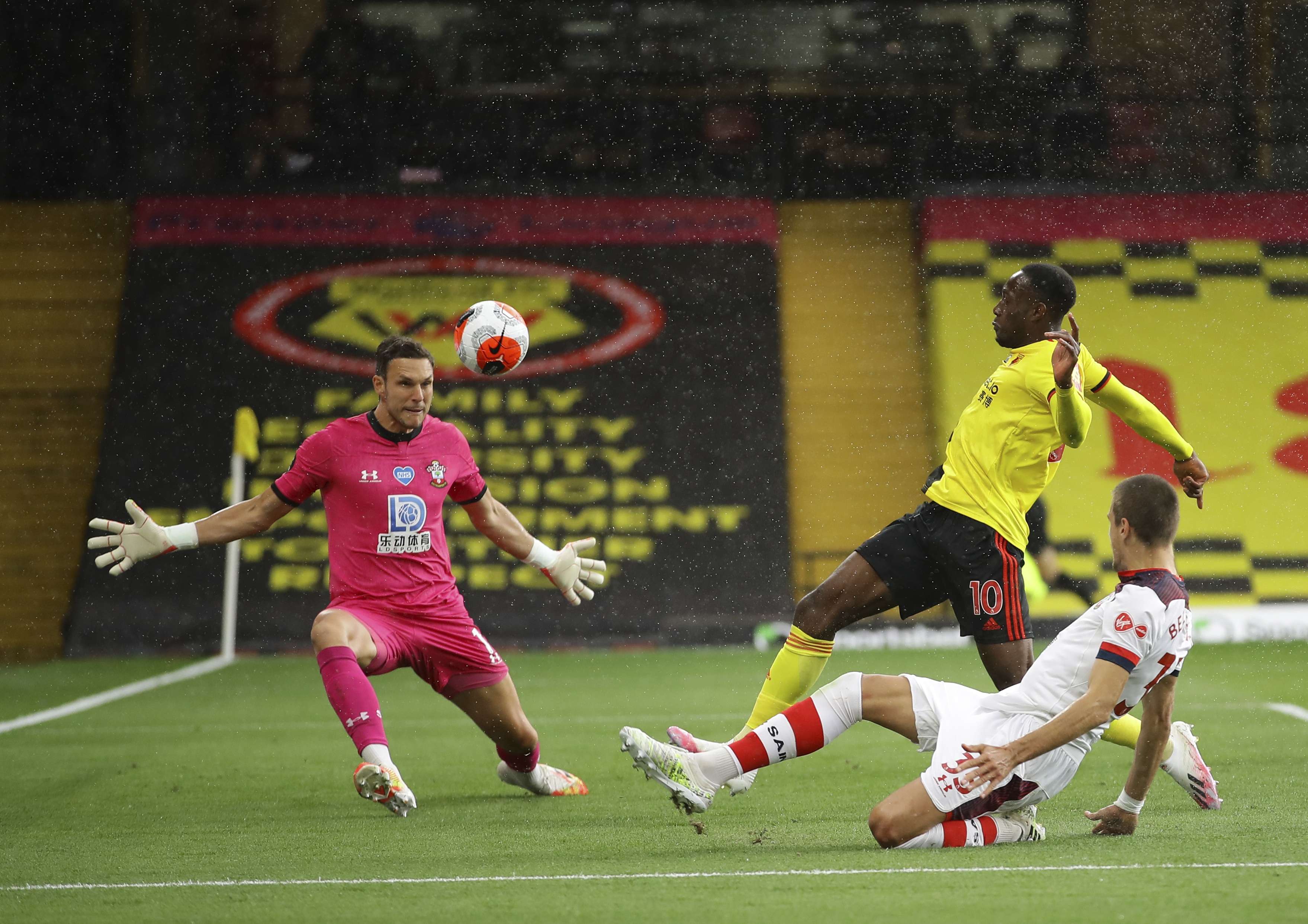 If that was not incredible enough, the club even handed him a new four-year deal this month.

That now looks the correct call after they all but ensured their safety.

In keeping with most post-lockdown matches we had to wait a while for the first piece of goalmouth action – when Shane Long shot straight at Watford keeper Ben Foster in the 15th minute.

Foster became only the 19th player to start 100 consecutive Premier League matches – and aged 37 years and 86 days, the oldest player to reach the milestone.

But the veteran’s hopes of celebrating with a clean sheet were dashed moments later when the unfortunately-named Willie Smallbone fed Ings and the in-form frontman steered the ball into the bottom corner of the net from outside the box.

Pearson, who made three changes after their 1-0 defeat at Burnley on Thursday, must have been fuming at Watford’s woeful first-half showing against the Saints. 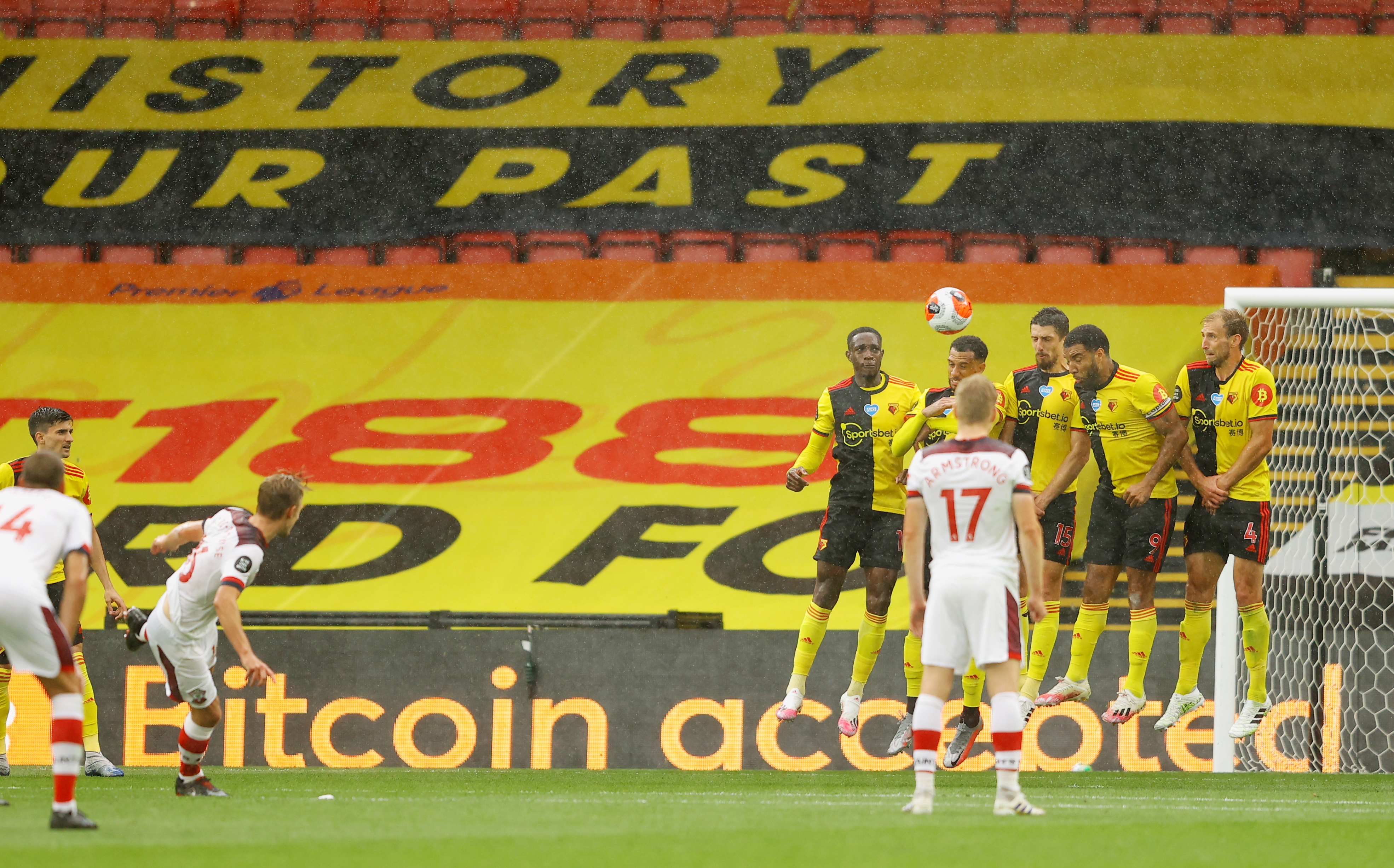 The Hornets players certainly started the second half as though they had a flea in their ear from their boss as Ismalia Sarr had a close-range shot blocked within two minutes of the restart.

But despite seeing more of the ball than they did before the break, the hosts’ hopes of salvaging anything from this clash were hit in the 69th minute when Ings grabbed his second following a howler by Foster.

The stalwart stopper attempted to start an attack by his side but only succeeded in throwing the ball to Ings 35 yards from goal.

The former Burnley and Liverpool man headed straight for goal, beating Foster with a shot which took a slight deflection off defender Craig Dawson.

It was Ings’ 18th Prem goal of the season and he has scored almost half of Saints’ 41 top-flight goals.

Watford pulled one back when Saints defender Bednarek diverted Jose Holebas’ cross into his own net in the 79th minute.

It could have been far worse for Watford as Che Adams was then denied by Foster after going clean through – and Nathan Redmond smacked the post with a long-range shot.

'90 Day Fiancé': Babygirl Lisa Hamme Thinks She Deserves Some of the $26,000 Usman Umar Claims She Stole