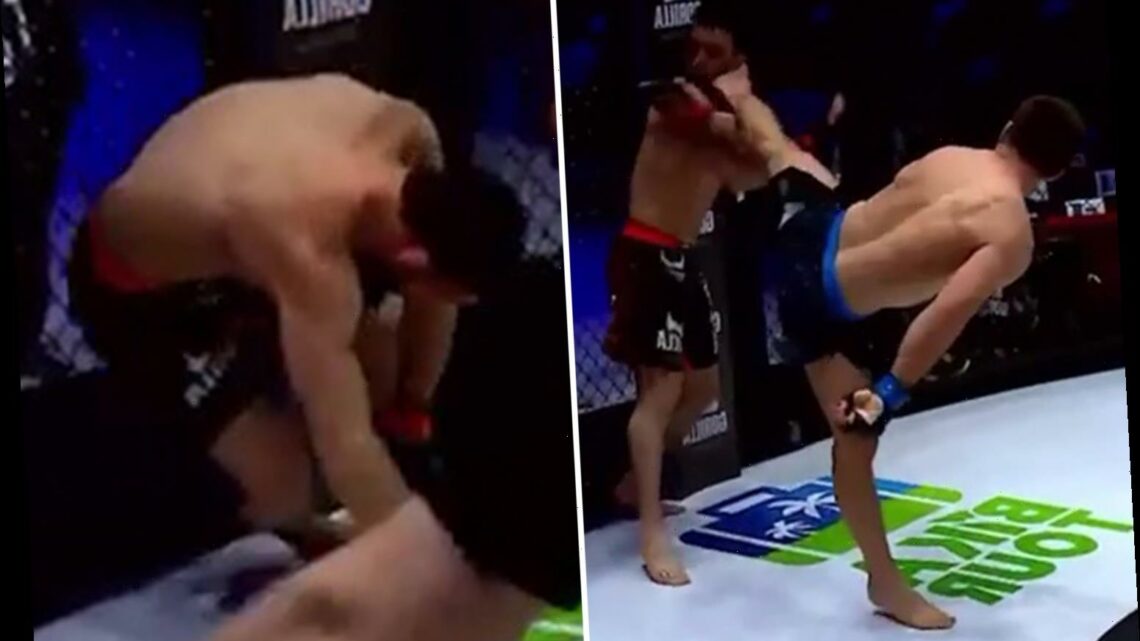 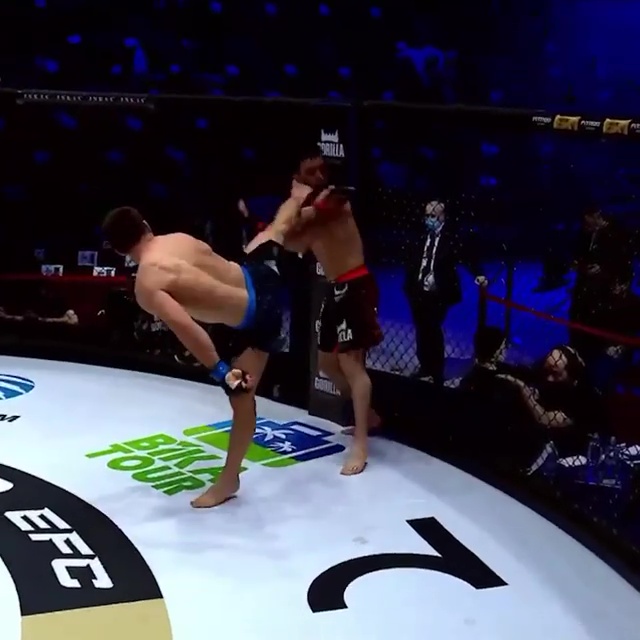 And with Khabib cageside, the Russian closed the show in stunning fashion.

A knee to the stomach backed Dikaev up against the cage and Shakhruramazanov took the opportunity to throw a spinning back kick.

It connected right on the chin and left Dikaev out cold.

Nurmagomedov, who retired from the UFC in October, took over Gorilla Fighting Championship in November.

He then changed the name to Eagle Fighting Championship, honouring his nickname.

And the 32-year-old is hoping to create a pathway into the UFC, opposed to becoming direct competitors.

Nuramgomedov, 32, said: "Other promotions want their fighters to stay. I don't want that.

"I want EFC to be a launchpad into the world stage. We need at least 10 years to be better than UFC, so we don't have those goals.

"A 23-year-old fighter can have 6-7 fights, win the title and defend it, then sign with the UFC in just two years.

"That's a more realistic short-term goal than looking ahead 10-12 years just for a chance to become the best promotion in the world.

"But we do aim to become one of the best in the world."

Go green with this month’s clean, eco-friendly OK! Beauty Edit worth over £52 – and yours from just £13!
World News