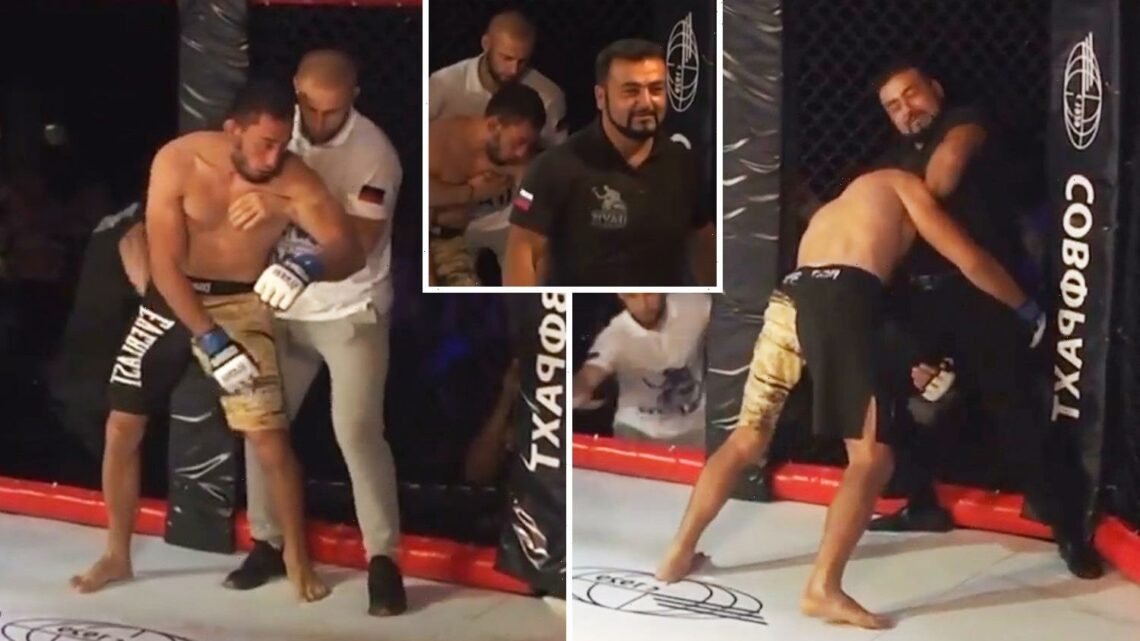 AN unknown mixed martial arts fighter was choked unconscious by a REFEREE seconds after being knocked out.

The stunning incident, which is the talk of the MMA world, is believed to have taken place in Russia this past weekend. 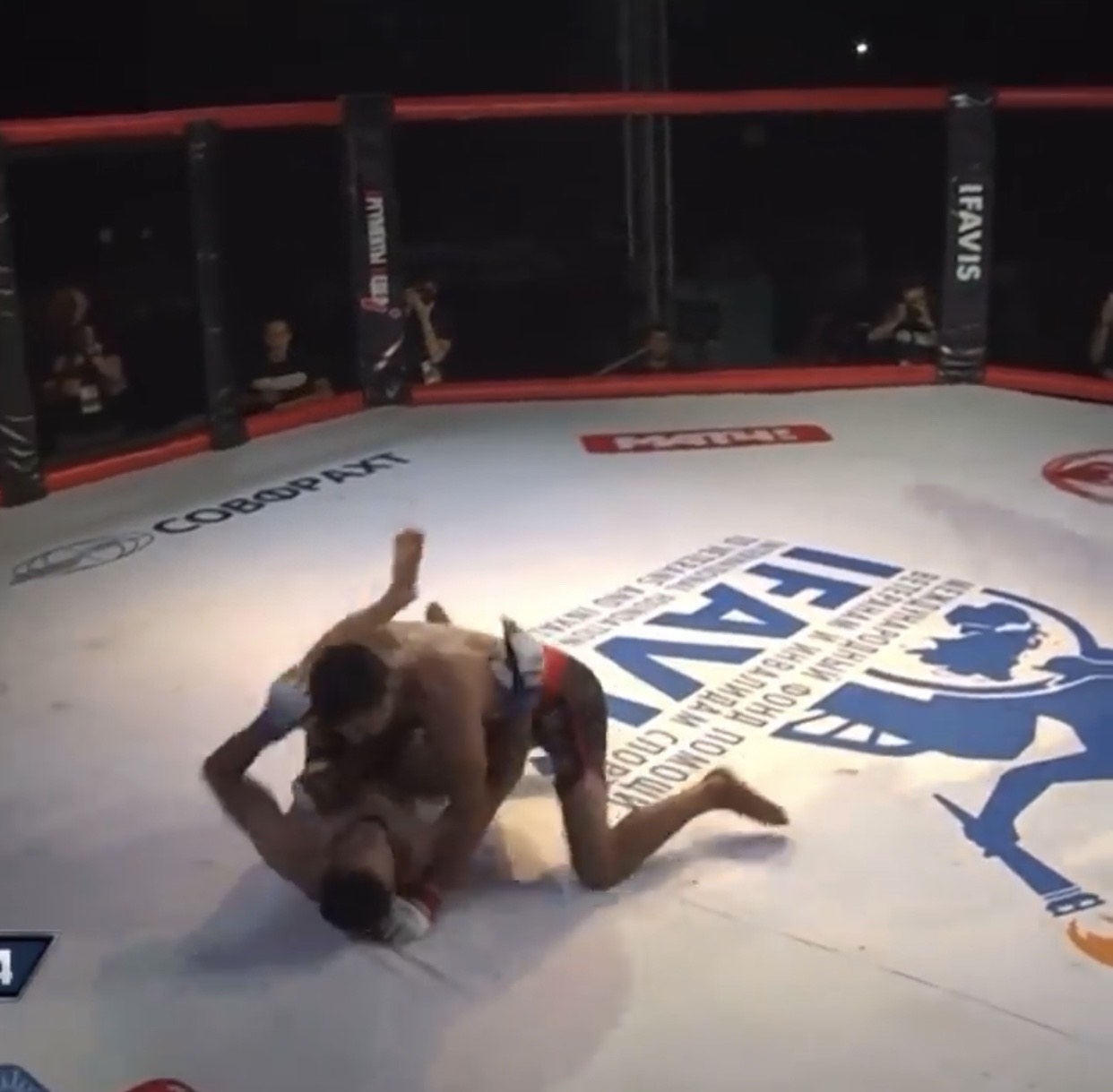 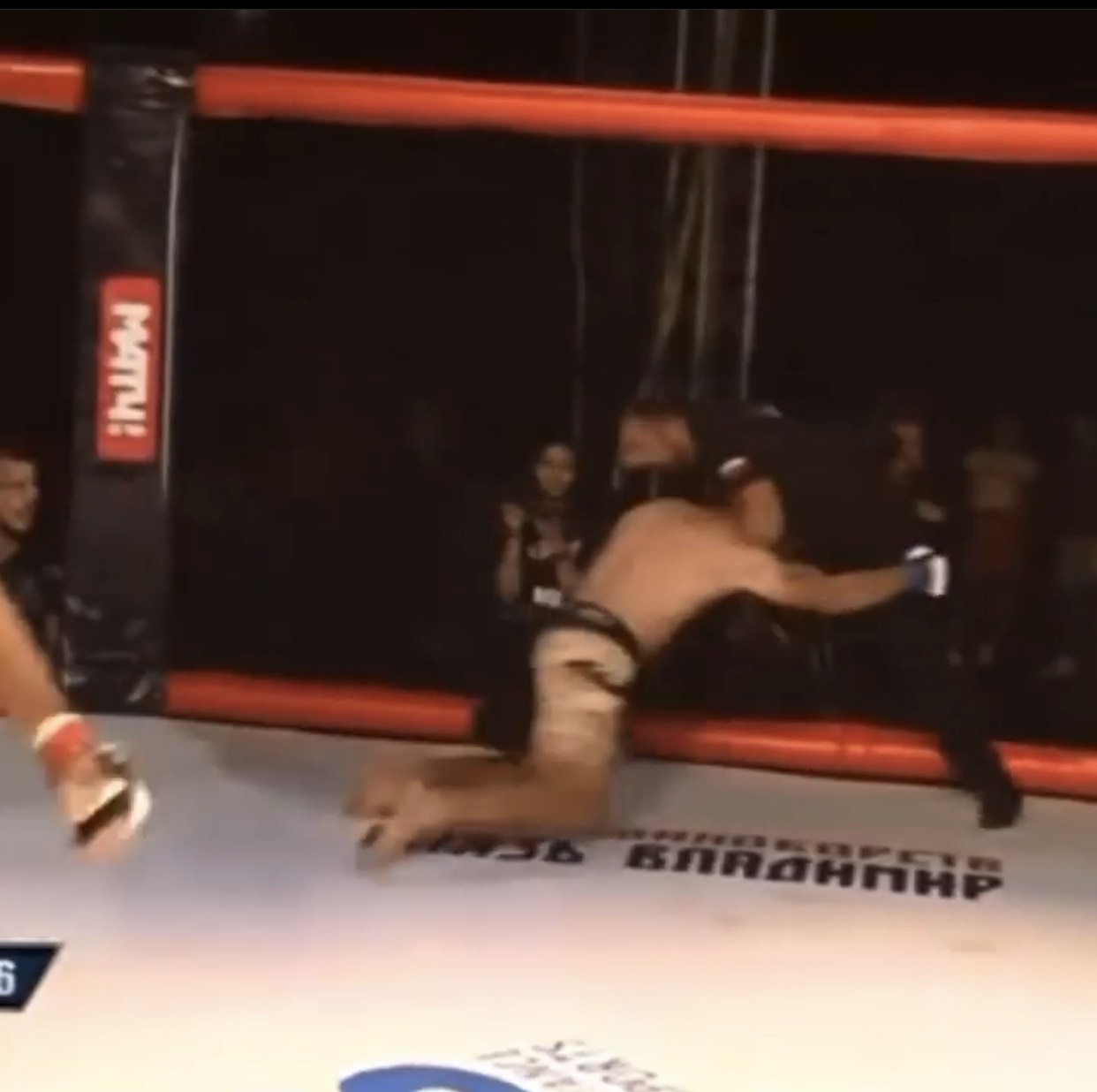 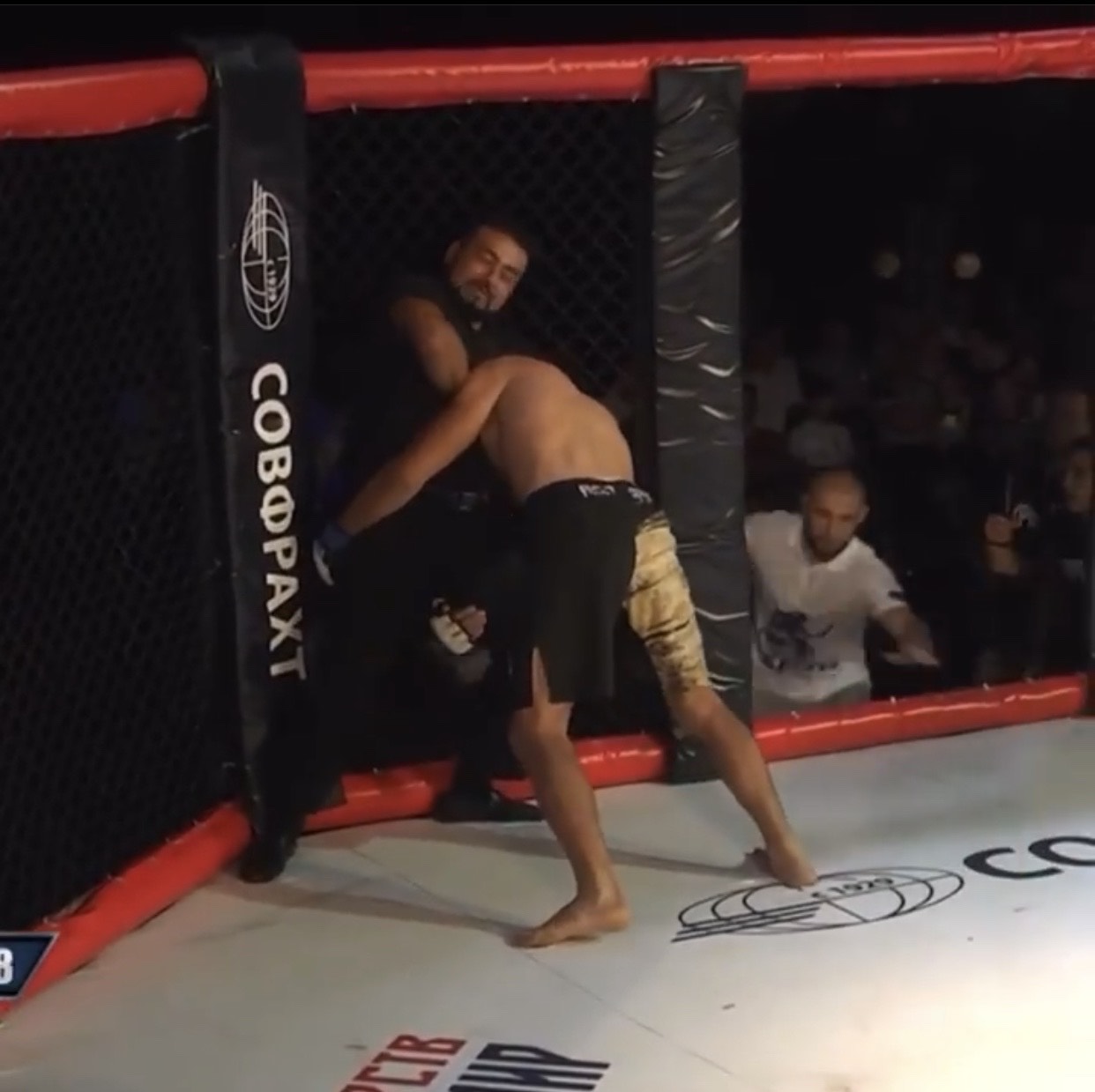 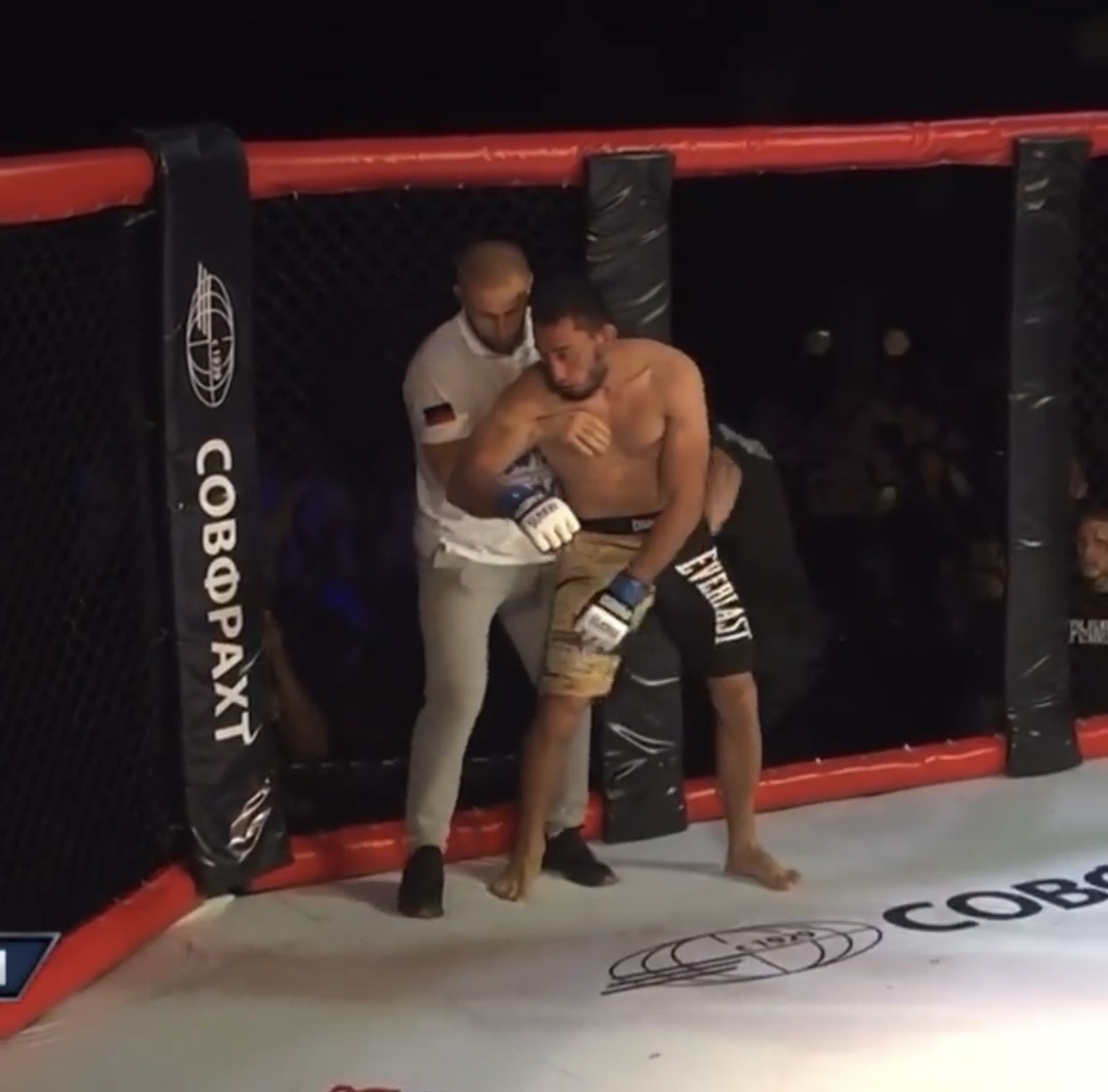 Seconds after stopping the contest to save the dropped fighter from receiving any more punishment, the ref was forced to utilise his own skills to fend off the combatant.

Clearly dazed and unaware of what was going on, the fallen fighter immediately shot for a double leg takedown on the official.

The ref showed good takedown defence as he tried his best to fend off the fighter's attempt to ground him.

But with his back up against the fence, the ref put the dazed fighter into a guillotine choke.

And just a matter of seconds later, he was out cold.

The official made sure not to drop the fighter, waiting for his corner to collect him before letting go of the submission.

MMA fans across the world were stunned by the incident, with one tweeting: "LMFAO this man went 0-2 in 30 seconds."

Another said: "The ref slept him with the hold and walked away shaking his head."

And another said: "I would have deleted my social media accounts and delete my life."

One remarked: "He got a fighters spirit though just a losing one lol

Another viewer of the clip was quick to explain the fighter's attempt to take down the ref.

They tweeted: "This happens a lot. He’s so rocked he doesn’t realise the person he’s going after is the ref."

In other MMA news, UFC superstar Conor McGregor has vowed to make a spectacular return to the octagon.

The Notorious suffered a horrific broken leg in his trilogy fight with Dustin Poirier last month but is confident he'll be back in the cage next year.

During an impromptu Twitter Q&A, he said: "2022. I’m improving rapidly!

"Working with the best team money can buy! I’ll be back in no time, lock loaded!"

I’m a hot mum, people always mistake me for my 18-year-old daughter’s sister but I’m twice her age